This post is the second in a four-part series on the King Coal Mine in Hesperus written by guest contributor Lauren Pope. For Part I, click here.

Grupo Cemento de Chihahua’s (GCC) proposed expansion of the King Coal II mine is a major red flag for Hesperus and Breen area residents and regional commuters. For reasons this article will lay out, it’s not surprising that the La Plata County Planning Department has heard an overwhelming amount of concern regarding the mine’s current and proposed impacts, including truck traffic, water quality, noise issues, and property degradation.

GCC is currently running up to 140 trucks, or 280 truck trips, a day on CR 120 and SH 140. These trucks roll every hour of every day of every week of the year with noise readings reaching 100 dB, more than enough to wake sleeping residents. During normal operations, trucks are routed north from the mine on CR 120 to reach the state highway. For trucks hauling water, or in the case of an emergency, a southern route by way of CR 119 is used.

County officials readily admit that CR 120 was never designed for that much heavy truck traffic, and it shows. Driving CR 120 in the best of conditions, much less when roads are wet or icy, is dangerous. Incidents reported include near accidents on the multiple sharp corners, cars being run off the road, speeding trucks, road blockage from truckers chaining up in traffic lanes, and overturned trucks with spilled loads. Except for a few diehards, bike rides and runs on rural CR 120 are a thing of the past. It’s simply not safe anymore according to many residents.

If or when La Plata County approves a Class II permit for the King Coal II operation, it may stipulate a fee of $0.12 per ton of transported coal to be recovered by the County. It is likely that some of those funds would be used for improved road maintenance. While that may sound like a positive development – and it would be – the question to ask is: how has GCC avoided paying such fees for so long?

Though the King Coal II Mine is considered a “dry” mine, it actually uses approximately 14 acre-feet of water each year – around 20,000 gallons a day – to control for flammable dust and other particulate matter created through the mining and transport process.

Currently, 30 trucks a week deliver 6,500-gallon loads to the mine. Water hauling is anticipated to cease by September 30, 2015, due to the mine’s purchase of water rights from an agricultural dry-up agreement. The mine is using this water right, along with water hauled from town, to fill a 20 acre-foot reservoir they have created in old mine workings to meet the mine’s future water needs.

GCC states that all water is re-used within the mine with no surface discharge or seepage into surrounding aquifers. Some residents question the certainty around these assertions.

Area residents’ wells are typically drilled to a depth below the King Coal II mine workings. With as much water usage as King II requires, some residents aren’t convinced that all the water stays contained in the mine and worry that seepage may be carrying heavy metals and chemicals to the aquifers that supply agricultural and residential water.

While GCC has conducted a study of local wells, many residents were disappointed when they learned that water quality was tested only for taste and odor abnormalities, and not for the chemicals and other bi-products of coal mining operations, some of which could present serious health risks.

The main means of extracting coal at King II is through the use of a major piece of equipment called a continuous miner. Blasting is never employed in the mine.

The business of mining is a loud enterprise, starting with the below-ground equipment used to mine the coal, move the coal, crush the coal, and transport it. Heavy machinery is in constant use. Residents not only have noticed these sounds but also have felt heavy vibrations on their properties.

Depending on where the continuous miner is operating underground, residents say vibrations can be felt more severely. Some have stated it is more noticeable at night.

A Vibration/Sound/Water Study developed on behalf of GCC targeted surface noise, such as ventilation fans, but did not address ground vibrations to some residents’ satisfaction. Residents have requested another study to take place when the continuous miner is operating closest to homes, the time it’s thought vibrations are the most disturbing.

When mining underground, pillars are used to stabilize excavated rooms. When the pillars are removed, roof stability is compromised and settling can occur. GCC states cases of subsidence are minimal, but where it has occurred ground cracks of up to four inches wide and 100 feet deep have been recorded. This cracks tend to resettle after a few years of weathering according to the company’s environmental study.

However, even the slightest surface disruption can cause significant damage to wells, septic systems, roads and structures. Residents fear property values will decrease and have requested their names be excluded from public documents to protect their worth.

Residents living near the King Coal II Mine have faced these and other troubles daily since King II’s operations took off in 2007. Its planned expansion guarantees at least a continuation of current problems, if not an escalation of issues.

The question before our community is this: as King Coal II Mine tries to get the requisite permits needed from La Plata County, the Colorado Division of Reclamation and Mining Safety and the Tres Rios Field Office of the Bureau of Land Management, are these agencies doing everything in their power to ensure that mine operations do not destroy the quality of life in this rural and unique part of the county?

As concerned residents have begun to dig into a pile of permit related paperwork, disturbing questions have arisen regarding both the standards set for mine operations as well as the mine’s compliance with those standards. It is this deeper look into the regulatory and permitting process that we will tackle in the next of our four part series on the King Coal mine. 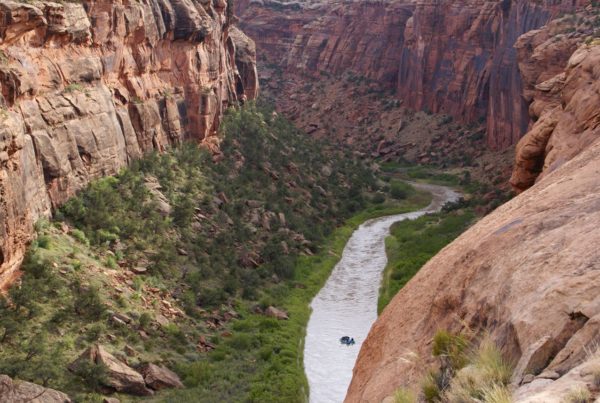