The Bureau of Land Management (BLM) has proposed regulations to reduce methane pollution and they’re asking for public input. Make your voice heard.

After years of pressure from the San Juan Citizens Alliance and many other groups, the Environmental Protection Agency (EPA) and Bureau of Land Management (BLM) have released proposals for the first ever regulations on methane and natural gas waste – and we have to make sure the rules get passed.

The oil and gas industry is going to fight the proposed BLM rule tooth and nail, insisting they don’t need it. We have to stand up and defend the rule, advocate for its improvement, and get it passed. The air, land, water, and people in the Four Corners are counting on us. Will you help? 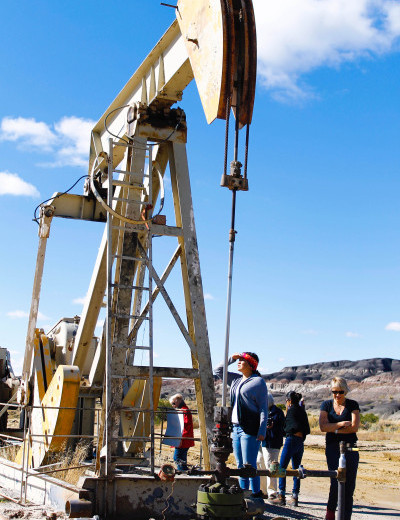 Why the rule is needed:

(More on our Methane Hotspot page)

Flaring is a practice used to burn off excess methane from a well, turning it into carbon dioxide as it is released into the atmosphere. Flaring is pure waste of valuable public resources. 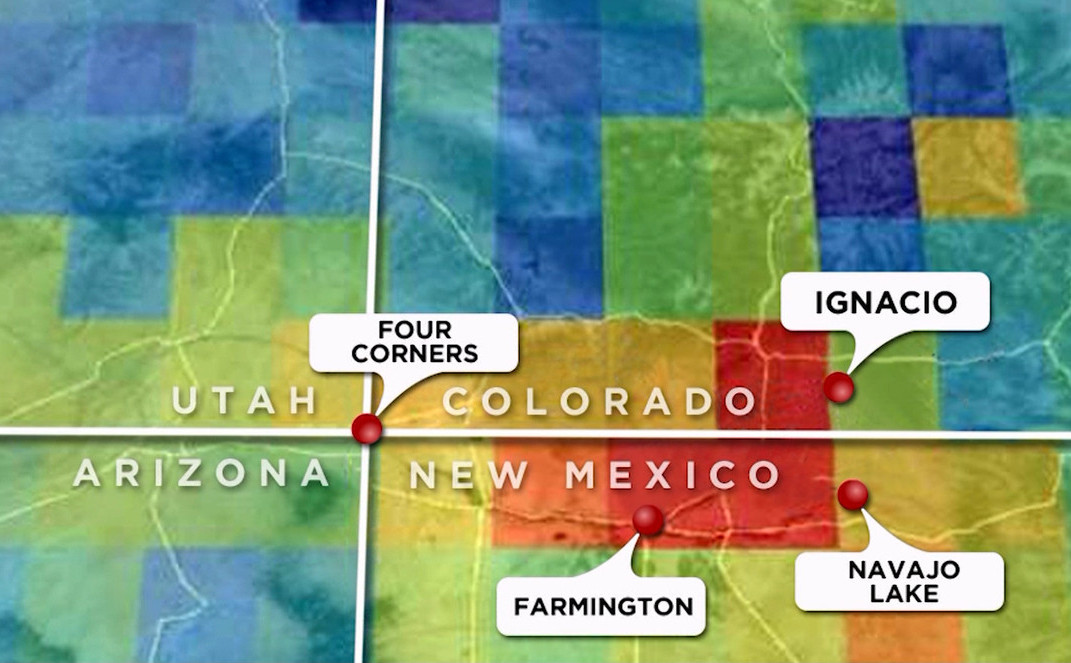 The San Juan Basin is home to the highest concentration of methane pollution in the United States. Read more about the Methane Hotspot.

The BLM methane rule is the agency’s first attempt to regulate methane and toxic air pollution from natural gas waste. Here’s what it says:

The BLM rules will ban venting, the intentional release of methane into the atmosphere, except in emergencies. Instead, this waste gas must be captured. The rules require best practices to minimize venting during oil or gas well development and require operators to measure and report all vented gas. Avoidable venting of gas will be subject to royalties.

Flaring is the intentional burning of waste methane to turn it into carbon dioxide before releasing it into the atmosphere. The BLM rules will limit flaring to 1,800 thousand cubic feet (Mcf) per month per well and require operators to measure and record all flaring amounts. The BLM estimates that the rules will reduce flaring by 50-75%, affecting up to 36,700 well sites.

Methane and other dangerous pollutants escape during every level of oil and gas development. The BLM rules call for semi-annual inspections of wells and compressor stations. If they find leaks, they will have to inspect more frequently. The rules also push companies to replace older equipment and call for better leak detection technologies, such as infrared cameras.

Vapors emanating from natural gas storage tanks are a significant source of methane and VOC pollution. For high emitting tanks, the BLM rules require companies to reroute the vapors to combustion devices or sales pipelines. (The rules do not cover underground storage situations, like the one that resulted in the California methane leak).

Pneumatic controllers are used in oil and gas operations to regulate process variables such as pressure, flow rate and liquid levels. The BLM is proposing a ban on high-bleed pneumatics, requiring operators to replace existing high-bleed devices with low-bleed ones. This is a relatively low cost fix that will likely end up saving operators money.

Large quantities of natural gas are released during well drilling and completion. The new BLM rules require operators to reuse the gas, inject it back into the well, or flare it (but it wouldn’t count towards the well’s 1,800 Mcf per month limit).

The BLM’s new rules governing oil and gas operations are a huge step forward in addressing methane pollution all over the United States. We are fully in support of the direction the BLM is heading, but there are several opportunities for the rules to be strengthened. Here are our recommendations:

Huge step in the right direction

After years of pushing for these regulations, we are excited to see the BLM taking responsibility for wasted methane. We applaud DOI, BLM, and the Administration for taking action to protect our air, land, water, and taxpayer money. These rules set a precedent for strong action on all sources of pollution from these industries.

The rules currently allow operators to flare in excess of the applicable limits if complying will force them to cease production and abandon the oil field. Additionally, a renewable exemption is granted for existing leases located a significant distance from gas processing facilities and flaring at a rate well above the limit. These exemptions should be eliminated.

The proposed rules don’t require smaller operators to use the most up to date technologies and methods for inspections, allowing them to use older and imprecise methods. We believe this loophole for small operators needs to be eliminated.

The BLM needs to ensure that field offices have adequate funding and staffing necessary to carry out implementation and enforcement of these rules.

Your voice is crucial

The BLM rule aims to regulate the waste the oil and gas industry creates on federal lands. The oil and gas industry will be commenting on this rule, insisting they don’t need it, oblivious to the obvious needs of local communities and the environment. To counter the money backing their campaign, we need your voice: help us stand up, defend the proposed rule, and let BLM know it must be strengthened.

In the BLM rule-making process the agency gathers public comments in two ways: public hearings and written comments. Written comments about the proposed rule can be submitted to the agency by any member of the public (which means you), and the agency is required to review and consider every comment.

UPDATE: On April 22, 2016 we submitted hundreds of comments to the BLM in support of the Methane Rule, joining our partners for a total of over 170,000! Thank you for making your voice heard! Now the agency is reviewing our comments, so we wait. Sign up for our email list to stay updated, and learn more about the Four Corners Methane Hotspot while you’re at it.

sjca | Oil & Gas, Press Release | No Comments
Today, four northwest New Mexico community groups, along with the Coalition for Clean Affordable Energy (CCAE), joined an appeal to the state’s Supreme Court challenging the rejection of a merger between PNM Resources and Avangrid, a global leader in renewable…