What is coalbed methane?

Methane is the main component of natural gas, so coalbed methane can be used for the same functions as natural gas. In the early days of coal mining, methane was considered very hazardous. At high concentrations, this invisible gas can explode and cause a mine to collapse. Because of this threat, coal mines began venting methane. In the early 1980s, coalbed methane began to be produced and sold in commercial quantities 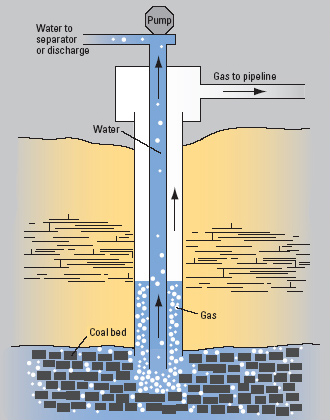 Many thanks to Ecoflights for providing this video on the effects of Coal Bed Methane on local residents and multi-generational ranching family. 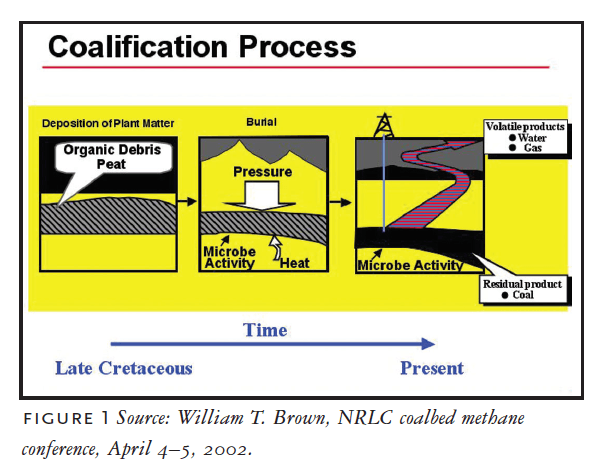 Coal deposits form over millions of years, as organic plant matter from terrestrial swamps is buried. Coalbed methane forms within coalbeds either through

A typical coalbed methane well in the San Juan Basin is about 2000-3000 feet deep. 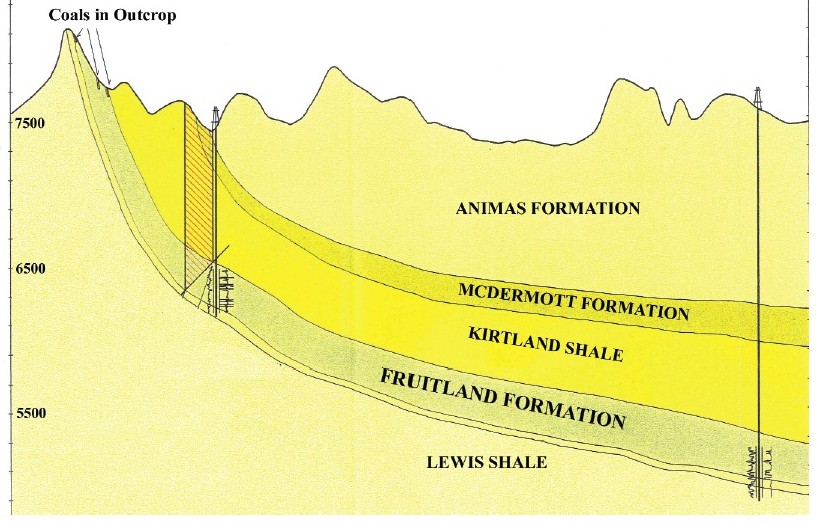 As in “conventional” oil & gas extraction, a well is drilled, cased, and cemented. But here’s where the process differs. Coalbed methane is trapped in a coal formation by hydrostatic pressure. The formation must be dewatered in order to allow the trapped methane to come to the surface. The cemented casing is perforated at production depth, and the coal formation is fractured – usually hydraulically fractured. Fracturing causes water in the coal formation to pass through natural cleats and up the well. As water begins to recede, the gas trapped within the coal begins to desorb, move through the spaces in the fracture system, and travel up the well.

A coalbed methane boom hit La Plata County, Colorado in the late 1980s. This boom was spurred in large part by federal tax credits established to incentivize domestic production of natural gas from unconventional sources. Known as Section 29 of the 1980 Crude Oil Windfall Profit Tax Act, this tax credit applied to coalbed methane wells drilled in the San Juan Basin before 1992, with abatements extending until 2002. British Petroleum (formerly Amoco) was the biggest company to take advantage of the tax incentives, and quickly drilled thousands of wells. Today, there are over 3,000 active coalbed methane wells in La Plata County.

The impacts of the boom have been widespread, altering local landscapes and livelihoods. For instance, several residents had to leave their homes due to methane and hydrogen sulfide contamination. Heavy truck traffic, contamination of drinking water, and depletion of underground aquifers continue to concern many residents. As production increased, natural geological seeps began emitting more methane. Stories of residents lighting their tap or creek water on fire – today infamously associated with fracking for oil and gas from shale – were already circulating in the 1990s in La Plata County due to coalbed methane production.

Residents in La Plata County put up an incredible fight against the expansion of industry in the area. Working with San Juan Citizens Alliance, many residents campaigned for environmental protections to mitigate the impacts of extraction and limit the amount of wells drilled. The County government also took unprecedented steps to gain local control over development. In the following video, Josh Joswick, former County Commission for La Plata County, reflects on this work.

Coalbed Methane Development in the Intermountain Mountain West – This is a fantastic resource, including a special section on the San Juan Basin and testimony from La Plata County residents

Read the Next Chapter in the SJCA Guide to

Renewables in the San Juan Basin.

Drilling for oil & gas is a complex process that requires lots of equipment, infrastructure, people, and expertise.