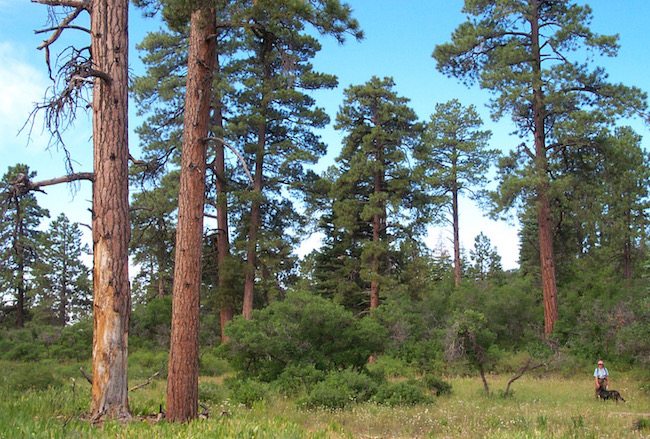 By Jimbo BuickeroodApril 12, 2021No Comments

The territory bordering the Piedra River as it leaves the San Juan Mountains and emerges into lower elevation lands has long been of interest to peoples who lived in and travelled through these lands. The endemic forests, grasslands and streamside vegetation and their associated animal inhabitants spread across every niche of varied aspect and elevation. Evident from the archaeological record is the diversity of uses of these plant and animal species made by the Ancestral Puebloans during their residency which is thought to have climaxed during the Chacoan Pueblo II period approximately 1,000 years ago. The Nuuchiu (Ute) people, who frequented these lands for centuries and still inhabit the lands further south, also have benefitted from the region’s biodiversity.

As the names given to these lands and their endemic plants and animals by native peoples disappeared in the last century, different place names emerged including Chimney Rock, Piedra River, HD Mountains, Pargin Mountain and others. The wide range of life zones across these lands supported a diverse array of plant and animal species and captured the attention of residents and visitors. One such eminent visitor was the budding botanist Hazel Schmoll whose field work in the Chimney Rock area in the early 1930’s supported her PhD in Ecological Botany and led to her appointment as Colorado’s first State Botanist.  Ms. Schmoll’s pioneering botanical taxonomic work, including more than 300 plant species, brought attention to Chimney Rock before extensive cultural heritage surveys began.

The biodiversity, uniqueness and wildlands of the Chimney Rock and HD Mountain region gained the interest of the members and staff of the San Juan Citizens Alliance (SJCA) when the group formed in the late 1980s.  Local residents knew of the richness of the region’s plant and animal communities in their “backyard” as well as the profound cultural significance of Chimney Rock long before it evolved into a cultural heritage tour destination and National Monument.

The region also attracted fossil fuel extraction interests who rapidly mobilized natural gas field development though mineral leasing, wellsite development and the construction of pipelines, roads and other infrastructure.The surge in natural gas development conflicted with the interests of SJCA and others in protecting the Chimney Rock/HD region, and though 25,000 acres gained some additional protection via the 2001 federal USFS Roadless Rule, concerns mounted that the wellbeing of the Chimney Rock/HD biomes were threatened.

The push to punch gas wellbores along with their associated roads and pipelines eventually was examined by a NEPA process in the early 2000’s and somewhat contained by an agreement resulting from a subsequent legal proceeding related to the adequacy of protections for the region.  Though the Environmental Impact Statement associated with the review of specific, cumulative and long-term impacts of natural gas development identified an array of information on the biological components, little effort has been made for more than 15 year to monitor and ascertain the status of plant and animal species.

Due to the necessity of understanding the current biological status of the Chimney Rock/HD area including the possible adverse effects of decades of fossil fuel extraction, SJCA is organizing a BioBlitz, a comprehensive biological survey of the area to inventory plant and animal species.  The array of forest and vegetation types covered by this highly organized effort requires coordinated planning with  a variety of partners including the Colorado Natural Heritage Program (CNHP), Fort Lewis College, regional native plant and birding groups, and others.  As well as inventorying plants, shrubs and trees, the BioBlitz survey teams will inventory large and small mammals, birds, invertebrates, reptiles and amphibians.

The BioBlitz’s small teams will travel in the field with scientists including mammologists, herpetologists, ornithologists and botanists taking the lead. Inventory teams, composed of  citizen volunteers, college students, retired scientists and CNHP interns will gather data that will become integrated into the CNHP database for both easy access and long term curatorial needs.  To gain an accurate biological inventory, the BioBlitz survey teams will visit the region periodically over a period of several months.  The temporal span is necessary to catch the seasonal biological progressions such as surveying both migratory and resident birds and correctly identifying plant species as them morph through the growing season.

The effort and cost to organize and implement the BioBlitz is significant, however, the current understanding of the biological baseline of the Chimney Rock/HD region is lacking and until there is an improved grasp of the relative peril or health of this ecosystem, we will be naïve as to how best to protect this biologic treasure that has been engaged and respected by Homo sapiens for millennia.