Smog in the Four Corners is an air pollutant formed from oil, gas, and coal emissions that threatens local public health.

Pollutants leaking from oil, gas and coal operations have been linked to ground level ozone; commonly know as “smog.”

There is no room for growth of the industries that contribute nitrogen oxides and VOCs to the San Juan Basin’s ozone problem. 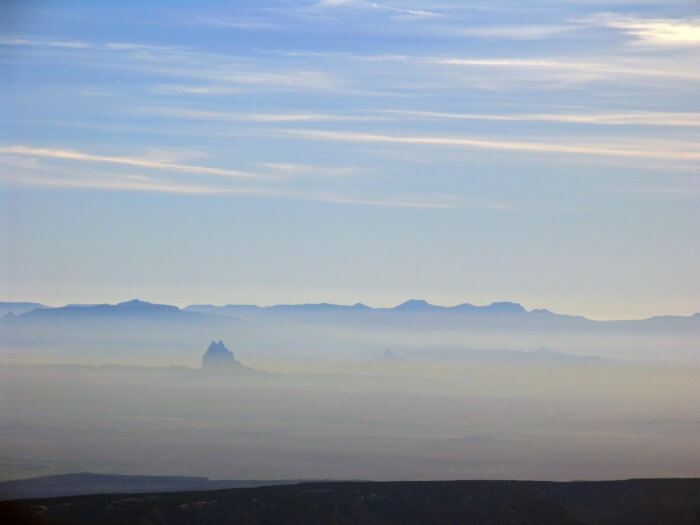 Over 91% of public lands around Chaco Canyon in northwestern New Mexico have been leased to oil and gas drilling. It’s time to stop.

Regional haze is the reflection of light off pollution particles in the air. Haze limits visibility from national parks and threatens public health.