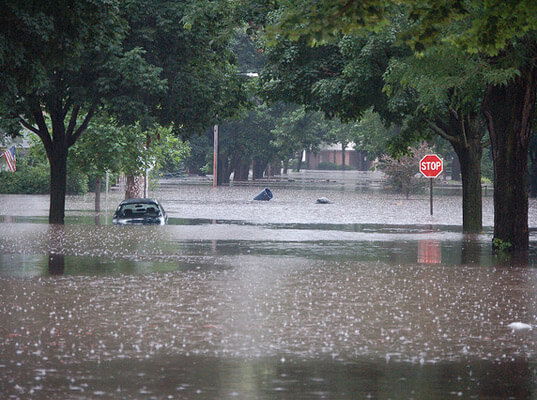 I’m asking you to challenge your beliefs

A few weeks back I was called a bomb-thrower for the content I share in this column.

Though this is far from the worst thing I’ve been called in print, it did get me thinking. Is what I write really that explosive? Or does unapologetically naming a spade a spade invariably earn one the moniker of radical in a media environment tailored to benign sound bytes and inane content best suited to sell advertisements?

To answer this question, I combed through all the articles I’ve penned to find my most shocking and divisive comments. I even reread the assaulting emails from some of my more prolific – what shall we call them – fans?

Here are two topics that really seem to get people going:

My assertion that the fossil fuel industry is more heavily subsidized than the renewable energy industry by orders of magnitude. For those I offend with this comment, sorry, but it’s true. Not true in the “I think it’s true” kind of way, but true in the “it’s called math” kind of way – math done by number crunchers at the International Monetary Fund. As I wrote to one email interloper, if you don’t like it, please direct your vacuous rebuttals to the IMF.

My admittedly intense attacks on climate-change deniers. Here’s a great party trick: Repeatedly suggest that your host is intellectually negligent. When he or she finally stops shouting at you, add in your most caring tone of voice that his or her negligence borders on a moral failing and that their grandchildren likely will curse their names.

I’ve done that, repeatedly, in this column. Does that qualify me as bomb-thrower? How you answer that question depends: In general, would you give the Enlightenment a thumbs-up or thumbs-down? I’m harsh on climate-change deniers because they are opportunistic science deniers. They’re like someone clinging to life-saving chemotherapy drugs (science) who still pretends the causal connection between smoking and cancer is up for debate (not science).

The bomb-thrower in the discussion about climate change is the writer – heck, the human being – who knows climate change is real, human-caused and potentially destructive for future generations, and who fails to stridently tell every knuckle-dragging denier within shouting distance to take a proverbial hike.

If you prefer to live in the scientific dark ages, enjoy. Ignorance is bliss, right? The rest of us (83 percent per the most recent polling data) prefer to grapple with the difficult and critical task of figuring out how to power the world without fossil fuels.

When I first started writing this column, I felt badly when I offended someone’s sensibilities. Today, I’m a bit more discerning. As a writer with a public forum, I have a responsibility to put forward thought-provoking and well-supported arguments. The discerning part comes in my realization that readers, too, have a responsibility – to read critically, even when the content confronts deeply held beliefs.

In the words of the German poet Friedrich Hölderlin: “But where danger is, grows the saving power also.”