The USFS, influenced by the developers, has gone to great lengths to avoid a full, thorough, legal environmental analysis of the proposed “Village at Wolf Creek” subject to proper public review.


Wolf Creek Pass is identified by many conservation organizations as an extremely valuable southern Rockies ecosystem that the “Village at Wolf Creek” seriously endangers.

Local communities will suffer the costs.

Local communities will suffer the costs.


The main beneficiaries of the “Village at Wolf Creek” would be the developers, not the local communities which could, in fact, be negatively impacted by economic competition, overuse of public services (like emergency response), and changes in culture.

For decades, out-of-state developer B.J. “Red” McCombs has pursued his vision for a “Village at Wolf Creek” – a city of 8,000 people – at the top of Wolf Creek Pass. This massive development would be roughly the population of Aspen.

Wolf Creek Pass, 20 miles from the nearest town, is a remote landscape that is entirely surrounded by National Forest. Construction of the Village at Wolf Creek would dramatically impact the entire region. The proposal indefensibly disregards ecosystem health, wildlife needs, and public interests. 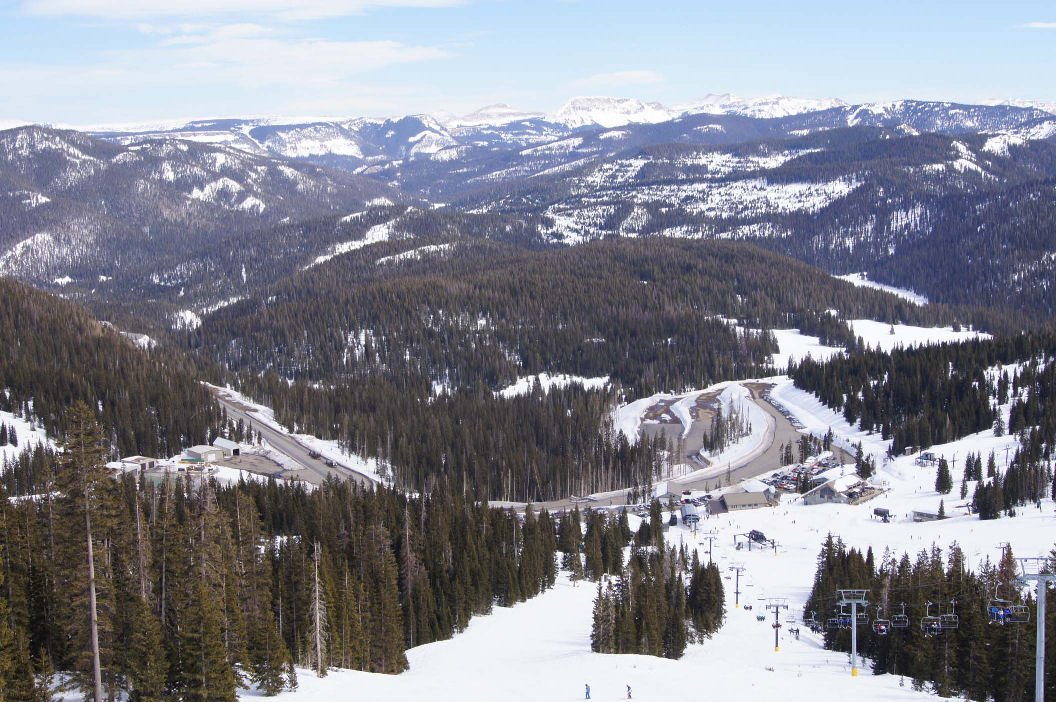 What is the “Village at Wolf Creek”?

The Village at Wolf Creek is planned to be an 8,000-person village containing 1,711 units comprised of hotels, condominiums, townhomes, single-family lots, and a commercial center. 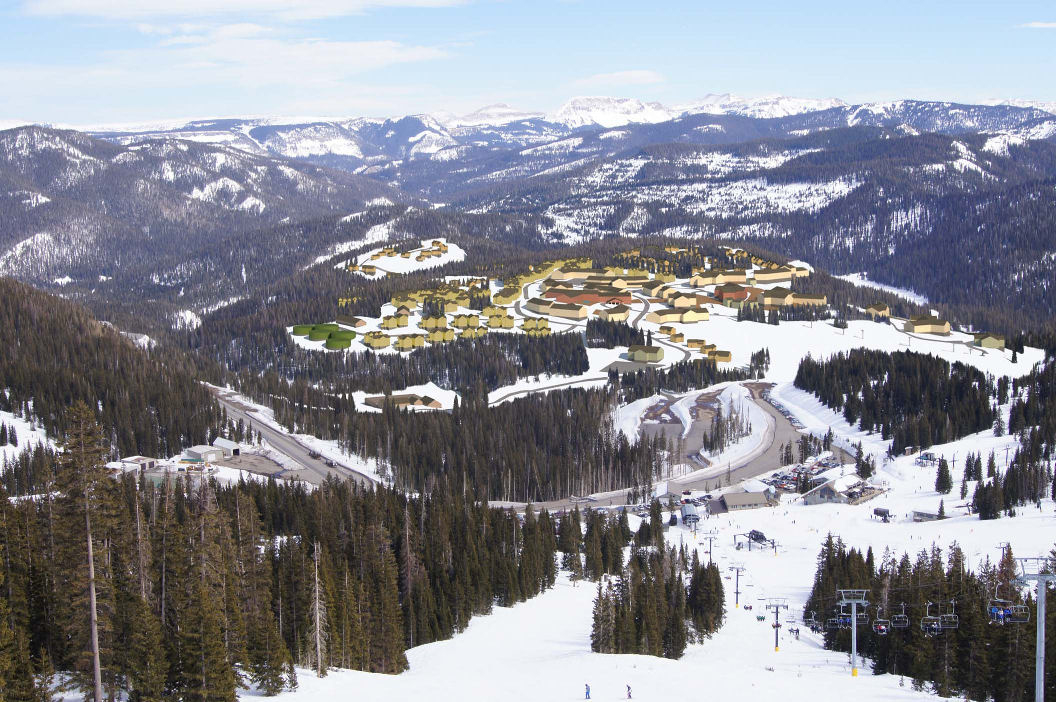 A model of the complete proposed “Village.”

In 1986 Leavell Properties, Inc. (later joined by Texas billionaire B. J. “Red” McCombs to form the Leavell-McCombs Joint Venture, or LMJV) swapped land with the United States Forest Service to obtain a property on top of Wolf Creek Pass surrounded by Forest Service land. McCombs, who now spearheads the project, expanded the plan to his “Village at Wolf Creek.” In order to construct the Village at Wolf creek, however, LMJV needs Forest Service approval to gain year-round highway access to the isolated property.

Since the beginning, the “Friends of Wolf Creek” – a coalition of conservation groups from around the state – have fought to ensure the development is never realized. So far we’ve been able to keep construction at bay, forcing the Forest Service to hand over documents and rewrite woefully inadequate Environmental Impact Statements (EISs). In 2006, we sued the Forest Service for inappropriately colluding with the developer during environmental assessments, and won. Our partner Rocky Mountain Wild sued the Forest Service three times for disregarding Freedom of Information Act (FOIA) requests. Rocky Mountain Wild won the first two cases and the third is in process.

In May of 2017, we won another lawsuit, putting the development on hold yet again. A federal judge nullified the land exchange on grounds the Forest Service avoided a thorough analysis of the environmental impacts of development in their latest EIS and that they failed to meet independent review requirements. The judge agreed that the Forest Service shirked their responsibility by ignoring the immense impacts of building a city at 10,400’.

But McCombs and the Forest Service refused to accept the public’s verdict opposing the destructive project, and in February 2019 the Forest Service approved yet another scheme to give McCombs carte blanche for development. The 2019 decision simply hands over a paved access road to McCombs using precisely the same flawed environmental analysis used to justify the land exchange decision that was invalidated by the court in 2017. As we investigate the agency’s justification, the Forest Service finally started to hand over the documents behind its decision in March 2019, under court order, after fighting public transparency for 8 months.

It’s been a long 30-year journey, but we remain committed to ensuring the Village at Wolf Creek never defaces the heart of the San Juans. 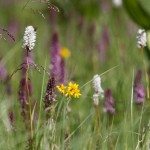 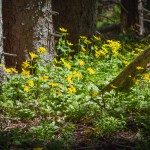 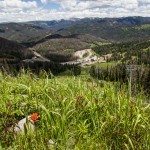 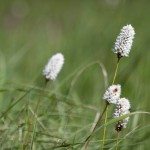 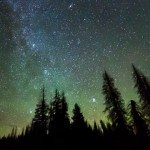 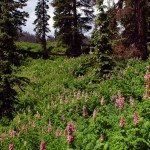 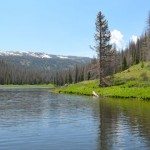 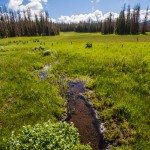 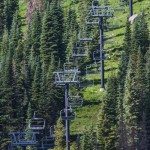 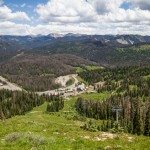 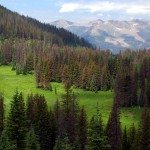 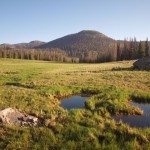 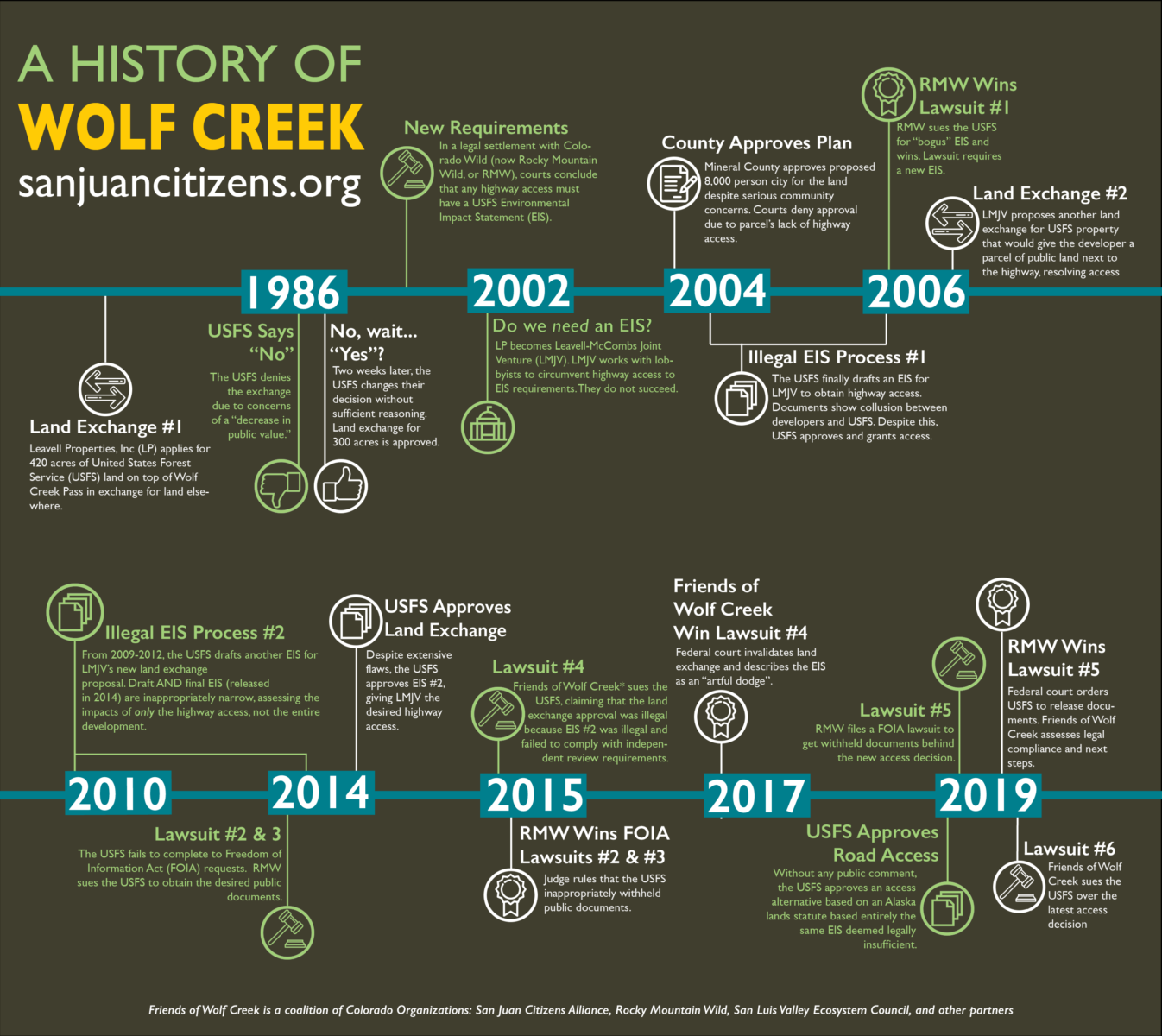 We want the United States Forest Service (USFS) to stop making decisions to please out-of-state billionaires, but rather make decisions that are in the public interest – as they were created to do. We are certain that if they do their job correctly, the Village at Wolf Creek Pass will never be allowed. Read below for some of the key issues with the Village:

The USFS has a history of colluding with the developers.

The USFS has avoided thorough analysis of the environmental impacts of development.

The USFS has failed to meet independent review requirements.

The area around Wolf Creek Pass (see maps below) is one of the most important wildlife movement corridors in the nation, and the most important wildlife linkage for lynx, bear, elk and other species in the San Juan Mountains.  The Pass connects the South San Juan Wilderness with the Weminuche Wilderness and is also a core reintroduction area for lynx.

Water and Quality and Quantity

Extensive development could negatively impact the quality and quantity of water in the Rio Grande watershed, hurting downstream land users and anglers.

Wolf Creek Pass is home to valuable fen wetlands, which are a specific type of wetland that are groundwater-fed and peat-forming. Fen wetlands support more diverse plant and animal life than other wetlands, enriching the biodiversity at Wolf Creek. They also help reduce the risk of floods and improve water quality.

Wolf Creek Pass receives the most snowfall annually in Colorado, which provides ideal habitat for endangered Lynx and other species. The concentrated snowpack on top of the pass also contributes to late season flow to the Rio Grand River.

Wild, undeveloped places are special. The proposed Village would transform the unspoiled views of Wolf Creek into just another mega-development. 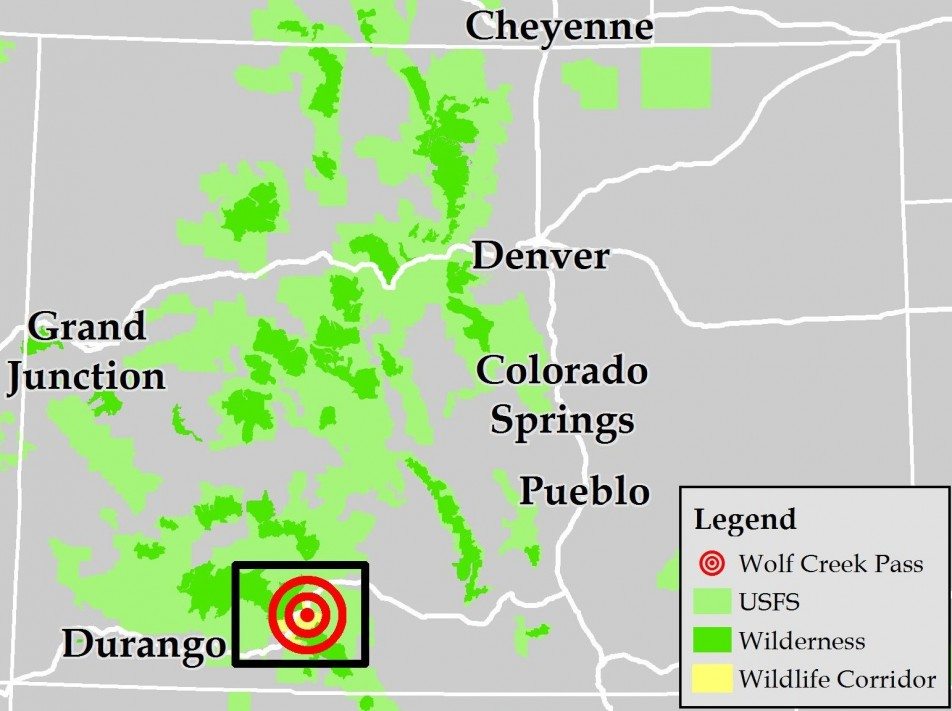 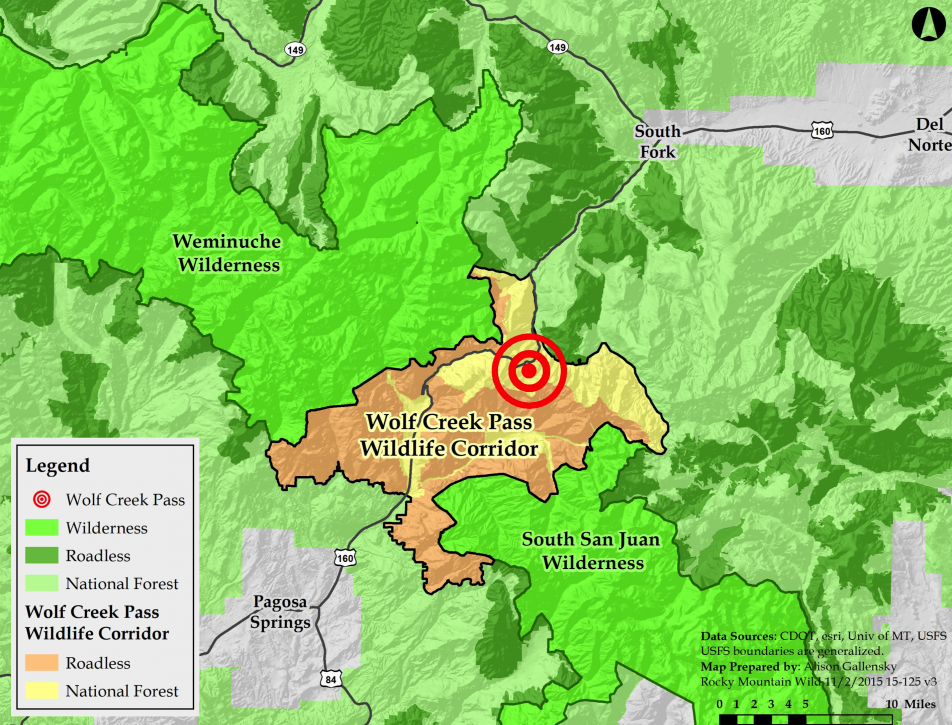 The area around Wolf Creek Pass is the most important wildlife corridor in the San Juan Mountains.

Local communities will suffer the costs

Tax revenue would benefit towns far away, but public costs would fall on closer municipalities, placing the burden on communities that won’t financially benefit from the development.

The “village” would increase pressure on local public services (e.g. emergency) in Pagosa Springs over 25 hazardous miles away. Thousands of tourists will also clog up traffic on the pass, which can be treacherous in winter.

The “village” and its new commercial center would compete with existing local businesses.

We work to protect public lands all over the Four Corners. Learn more on our Public Lands page.

Sign up for our email list here. You’ll receive the most up-to-date Wolf Creek news and updates on new ways you can help. 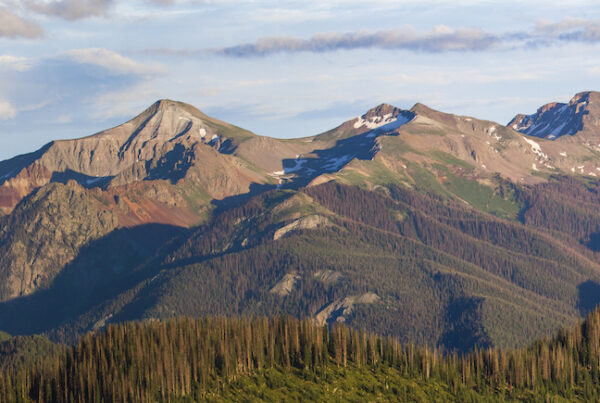 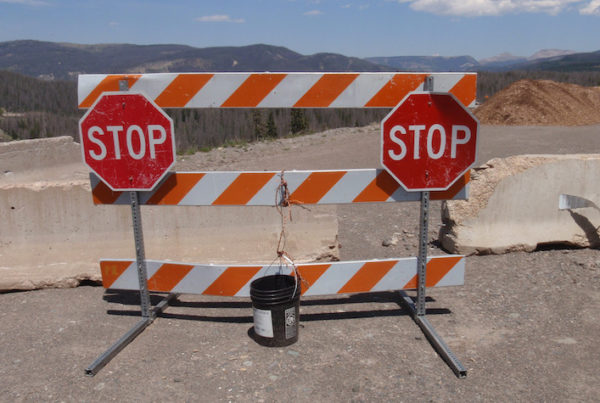 Jimbo Buickerood | Lands Protection, Species, Wolf Creek | 2 Comments
Clean off those 'No Pillage' bumperstickers*, because here we go again. If you've lived in the area for long, you know the Village has a decades-long history. The short story is that a billionaire from Texas has long wanted to… 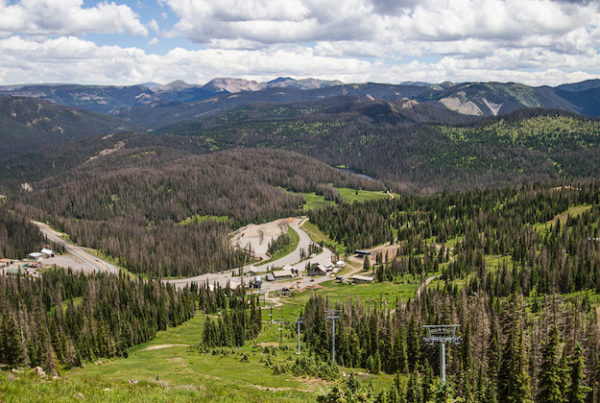 Erika Brown | Lands Protection, Species, Wolf Creek | No Comments
Photo: Alex Pullen OK, here we go again. Many of you joined us in submitting protests this last fall on the draft decision to provide road access to the Village. And for good reason. It's not surprising they went ahead and… 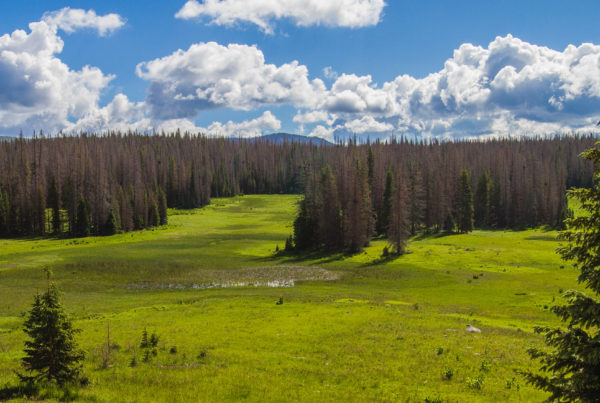