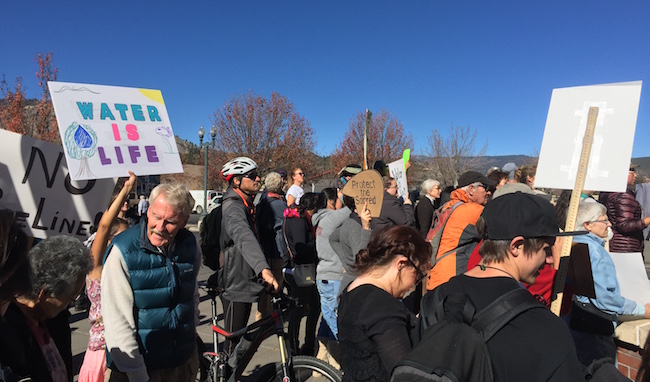 An antidote to the Trump movement: Greater security for all

Here’s a question for you.

Can I call President-elect Donald Trump out as a dangerously uninformed and unprincipled bigot without alienating his supporters?

Better question. Why am I worried about alienating someone who voted for a dangerously uninformed and unprincipled bigot?

Socially charged minefield identified. Let’s go for a stroll, shall we?

First, let me try to parry the outrage. Yes, I just suggested that President-elect Trump is a dangerously uninformed and unprincipled bigot. I don’t use these words reflexively or with the intent of angering Trump supporters.

No. I use these words because we cannot discuss what we do not accurately name.

Not to waste time re-litigating the past, but here is a somewhat objective measure to support my claim that Trump is uninformed and unprincipled: Politifact ranks 70 percent of President-elect Trump’s statements Mostly False, False or Pants on Fire.

Whether he mistakenly made these false statements (uninformed) or knowingly and cynically distorted the truth to rally and embolden uninformed voters (unprincipled) is almost beside the point.

The fact is, 70 percent of the claims President-elect Trump made on the campaign trail misled the American people. That is a dangerous foundation upon which to build the nation’s 45th presidency.

On the bigot-front, apart from Mexican rapists, birtherism and all-Muslims-are-terrorists tropes, our president-elect just picked the anti-Semitic, white nationalist godfather of the Alt-Right movement to be his White House chief strategist.

Given this appointment, it is not only dangerous to hope President Trump will leave behind Candidate Trump’s misinformation and race-baiting shtick, it’s already contradicted by his actions.

Why dwell here? Why not move past such unpleasantries and work to identify opportunities for bridging political divides? I will tell you. Because to normalize hatred and violence in the highest office of the land is to begin unraveling the imperfect promise of freedom and equality for all men and women that is the very heart of the American democratic project.

Hard as it may be, let’s leave that terrifying prospect aside and pivot. What about those Trump supporters who are not card-carrying KKK members? What about the portion of our country that pundits assure us voted for candidate Trump not because of, but in spite of, his destabilizing narcissistic demagoguery?

I think this demographic is hard for progressives to comprehend, but perhaps that is because progressives can be a tad sanctimonious.

In Abraham Maslow’s hierarchy of needs, I’m quite confident that putting food on the table (security) trumps moral purity. Living in India, I saw devout Hindus become devout Christians overnight when a priest showed up with food. What do you say to that other than, I get it.

There are many people in this country who go hungry. There are many more that feel economically or physically insecure. Might such a person justify Trump’s “excesses” as the foibles of an imperfect leader if Trump represents, to them, potential relief from suffering?

I’m not trying to normalize it and I don’t excuse it, but I get it. And more than get it, in this awkward analysis I see reason for hope.

Progressives should actively defend against the blatant bigotry and misinformation that will undoubtedly surge under Trump’s presidency. But in blue states like Colorado, we must also invite marginalized and fearful Trump supporters to the policy table.

The only antidote to the reactionary forces that made space for President-elect Trump is greater security for all. That security will not be effectively gained from political platitudes, but with local, regional and national policy that actually works to increase the economic, social and environmental well-being of our communities.