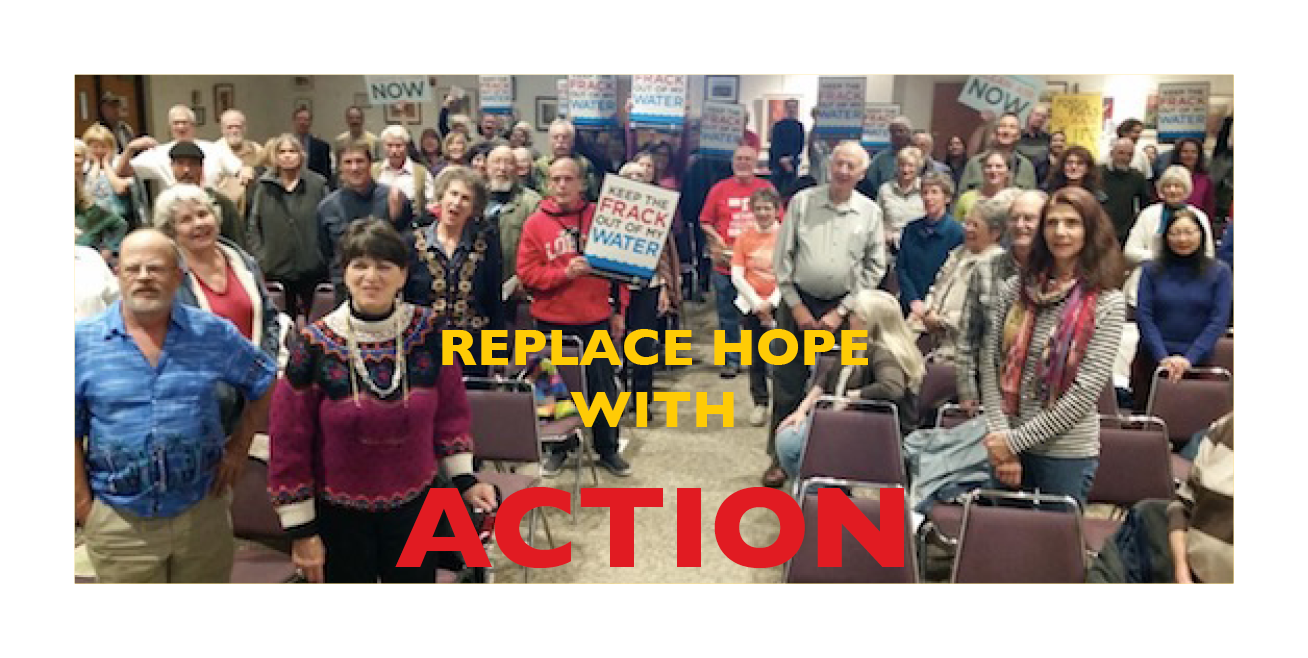 On Friday, Donald Trump will be inaugurated as our nation’s 45th president.

Here’s an odd thought: What if President Trump is exactly what America needs?

How, you may ask, can a man who possesses open contempt for women, minorities, democratic norms and the truth be good for America? To wit I will answer, it’s complicated, but for me, it starts with President Obama and his iconic “Hope” poster.

You remember the poster I’m talking about, right? The one with then-candidate Obama’s thoughtful gaze bathed in soft blues and bold reds. The word “Hope” anchored the piece as if hope alone could serve as the foundation for a more just America.

Here’s a definition of hope: a feeling of expectation and desire for a certain thing to happen.

What does that definition lack? Agency. Your agency.

A piercing essay by Derrick Jensen, titled “Beyond Hope,” forever changed my relationship with the word. Consequently, it radically reshaped my orientation to protecting the people and places I love.

Jensen argues that hope is the opposite of action; that we hope for things that are outside of our control. We hope the plane we’re aboard doesn’t crash, as an example, because the proper functioning and command of the aircraft is beyond our control. We do not, however, hope to don a pair of pants in the morning. We simply do.

“To hope for some result means you have given up any agency concerning it,” Jensen observes. He goes on: “A wonderful thing happens when you give up on hope, which is that you realize you never needed it in the first place. You realize that giving up on hope didn’t kill you. It didn’t even make you less effective. In fact, it made you more effective, because you ceased relying on someone or something else to solve your problems – you ceased hoping your problems would somehow get solved … and you just began doing whatever it takes to solve those problems yourself.”

Hope upon hope was heaped on the shoulders of our outgoing commander-in-chief, but to what effect?

In the face of the absurdly serious threat posed by climate change, domestic oil production grew at a faster pace than seen during any other U.S. presidency. While a moratorium was placed on new coal leases, at the very same time, the administration green-lighted 25 more years of coal-sourced power at our very own Four Corners Power Plant.

Do solar panels dot every roof? Has the rate of species extinction slowed? Have we broken the will of corporate lobbyists and replaced it with the will of the people?

No. Why? Political obstructionism? Sure, that played a role, but it doesn’t get to the heart of our problem.

History shows us, time and time again, that big changes require people in the streets willing to demand them.

The more reasonable our politicians sound, the more complacent the masses. But politicians will not solve our problems. They never have, and they never will. Problems are solved when we, the people, solve them, often over the objections of our elected leaders.

Following this vein of thought, hope and every other distraction that reduces our feeling of responsibility for unsolved problems supports the failing status quo.

Donald Trump does not inspire hope. If his ugly existence is capable of inspiring anything, it is only fear and contempt. Therein lies his great democratic potential.