SOLD OUT BOTH NIGHTS

San Juan Citizens Alliance will team up with Rocky Mountain Wild for Durango’s stop of the Banff Mountain Film Festival World Tour, a program of Banff Centre for Arts and Creativity.

This event features two nights of award-winning adventure, environmental, exploration, and mountain culture films from around the world. Each night will feature different films, so you’ll want to attend both nights! On top of great films, there are opportunities to win gear, gift cards, classes, and epic adventures in the raffle and silent auction.

Proceeds from this event benefit San Juan Citizens Alliance and Rocky Mountain Wild and are used to protect our public lands!

Thank you to our sponsors! 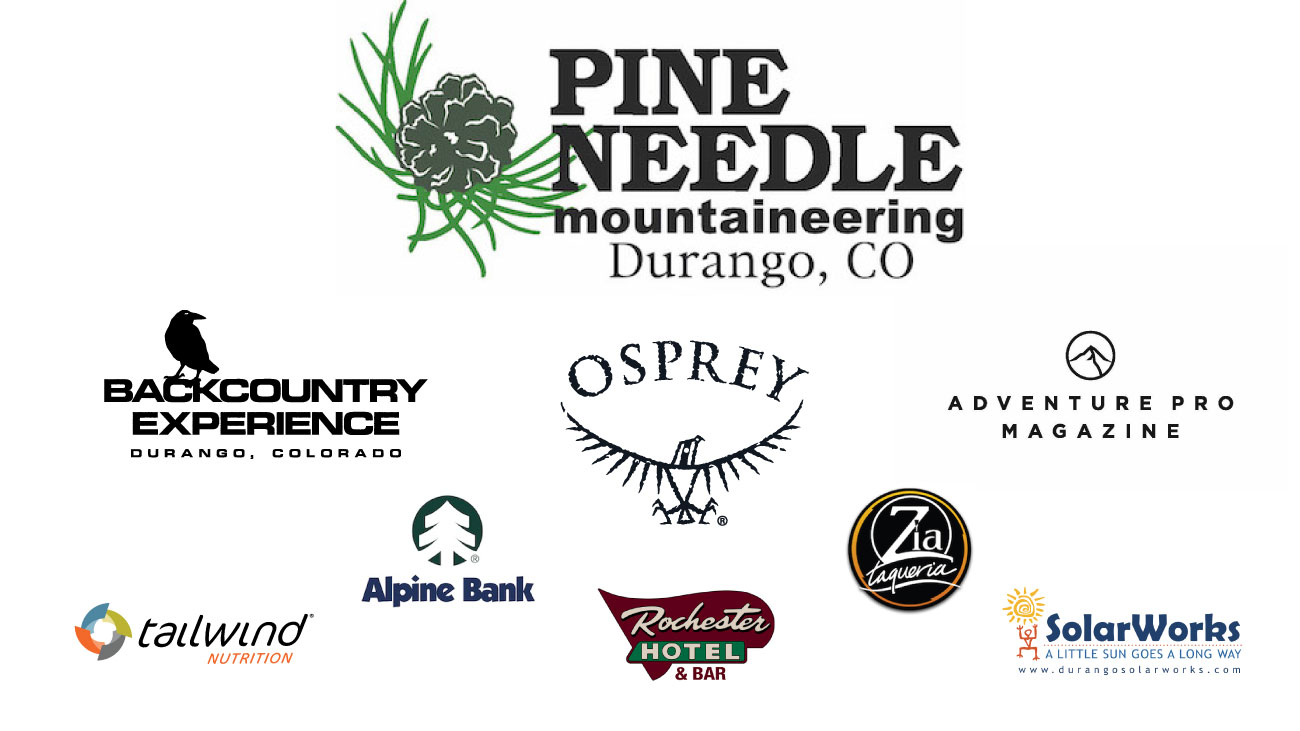 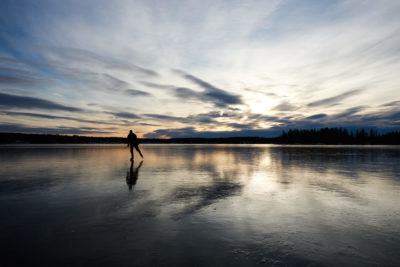 The story of a man who uses every sense he has to travel on thin ice while Nordic skating in the Oslo region of Norway. He tells the story of how the little known sport of Nordic skating came to play a big part in his life.
Filmmaker: Paulius Neverbickas 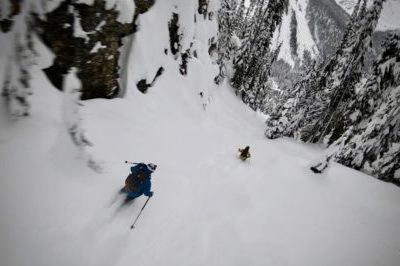 Four top freeskiers and a World Champion drone pilot are dropped at Chatter Creek, BC for one week. Their instructions: charge as hard as you can everyday.
Filmmaker: Mike Douglas, Mike Gamble, Anthony Bonello (Switchback Entertainment) 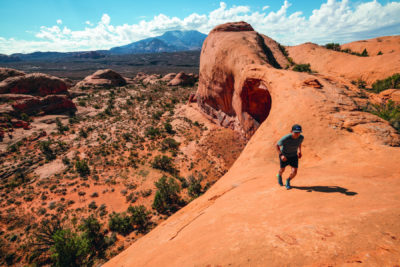 As a rancher growing up in the rugged northeast corner of the Navajo Nation with no electricity or running water, Eli Neztsosie learned through years of work what it meant to rely on discipline and endurance. Now he relies on those same skills, running long distances.
Filmmaker: Patagonia Films, Monika McClure.  Photo: Ace Kvale 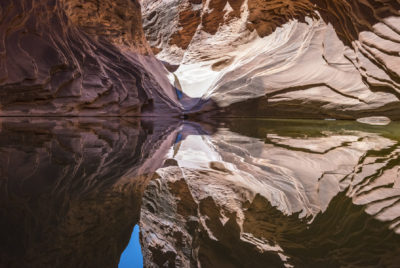 INTO THE CANYON (TOUR EDIT)

Pete McBride and Kevin Fedarko tell a story of extreme physical hardship where the bonds of friendship are stretched and the timeless beauty of the Grand Canyon becomes meditation and ultimately a cautionary tale for our complex relationship with the natural world.
Filmmaker: Pete McBride, Amanda Pollak (Insignia Films) 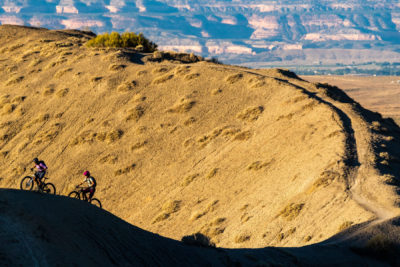 When Jen Zeuner and Anne Keller moved to the tiny, conservative high desert town of Fruita, Colorado almost twenty years ago, it was not on the map as far as mountain biking was concerned and they were on the fringe and a bit ostracized. Now they’re at the very heart and soul of the community.
Filmmaker: Felt Soul Media – Ben Knight, Travis Rummel 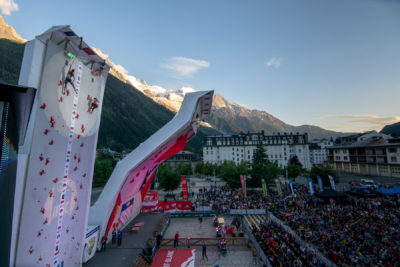 When climbing was announced as part of the 2020 Olympics, it was a monumental occasion for the sport. But many climbers were shocked to learn that one of three combined events required to compete for a medal is… speed climbing.
Filmmaker: Peter Mortimer, Zachary Barr, Nick Rosen (Sender Films) 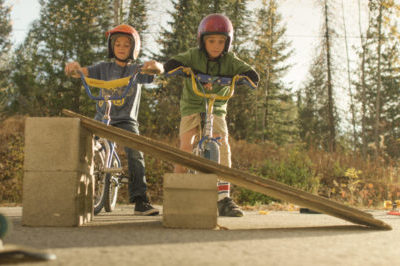 A short coming of age film that celebrates childhood and the relationship between siblings.
Filmmakers: Mike Hopkins, Scott Carlson 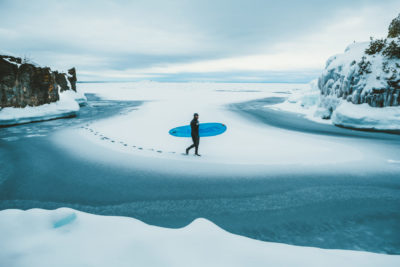 In a time when it can feel like you need to fly to the opposite side of the globe to find adventure and challenge, Surfer Dan proves that with dedication, grit and a little creativity you might already have all you need outside you own backdoor.
Filmmaker: Tim Kemple, Camp4 Collective.  Photo: TK Merrell 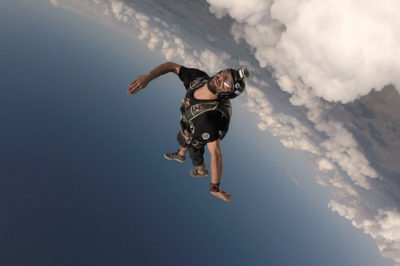 French Skydiver Remi Angeli must face his fears in order to explore new expressions of movement while BASE jumping in Mexico. On the other side of his fear he discovers life in its purest form.
Filmmaker: Reed Rickert 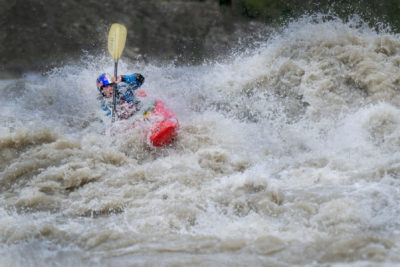 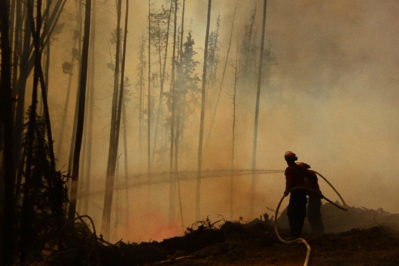 Billder tells the story of Bill McLane, a mountain bike trail builder. We’ll find out what trails mean to him and how his work impacts his community.
Filmmaker: Catherine Legros, Scott Secco 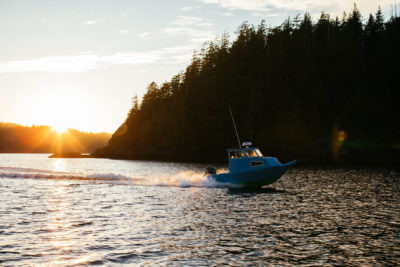 Trevor found the hull of an abandoned fishing boat in a field. He brought it home and built it back to a sea-worthy state over the course of a summer. Then, he took it on its maiden voyage to British Columbia in search of waves.
Filmmaker: Ian Durkin and Trevor Gordon 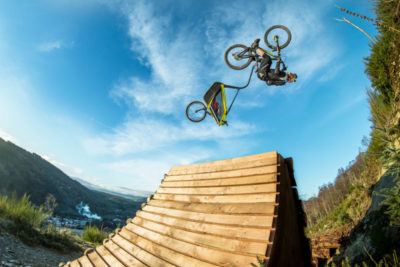 In his latest film Danny MacAskill takes on some child care the only way he knows how… by taking them for a wee bike ride around Scotland!
Filmmaker: Cut Media, Stu Thomson.  Photo: Dave Mackison

Every day, skier Richard Permin falls into his mundane morning routine. Right after getting out of bed, he clicks on his skis and rides down the snowcovered rooftops of Avoriaz.
Filmmaker: PVS Company; Maxime Moulin, Antoine Frioux, Richard Permin 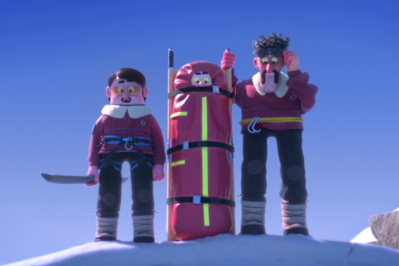 The two best mountain rescue workers of the region are ready for their new mission. Despite their professionalism and their determination, it will not go as planned…
Filmmaker: Ecole des Nouvelles.  Images: Léo BRUNEL, Loris CAVALIER, Camille JALABERT, Oscar MALET 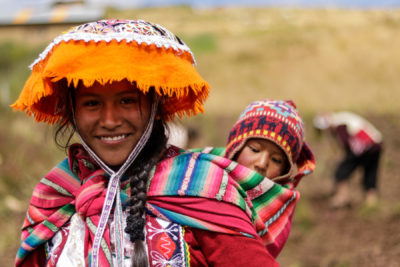 Julio Hancco is a guardian of biodiversity, critical to the survival of humanity. He represents a people, a culture, and way of life that is being lost to modernization. Will their culture survive? Or will it all be lost with the last Potato King?
Filmmaker: Eric Ebner, Aaron Ebner (Directors), Paul J Lynch, Jenna Semenoff (Producers) 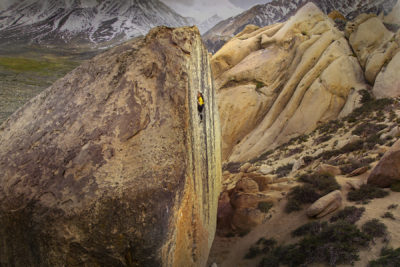 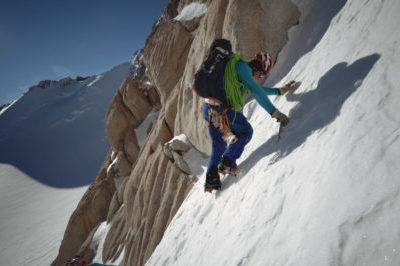 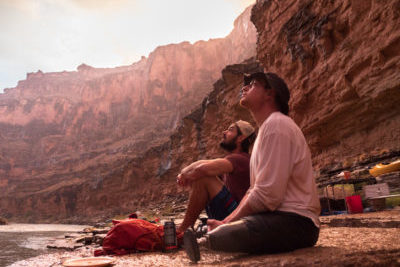 US veterans who were injured in war come together for another mission as they guide blind Navy veteran, Lonnie Bedwell, on a 14 day river trip in the Grand Canyon.
Filmmaker: Timmy O’Neill, Big Cedar Media – Seth Dahl 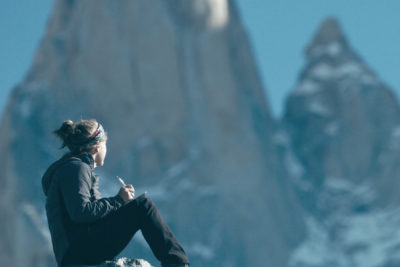 Filmmaker Aaron Hitchins turns his camera on the person who has motivated him to lead a life connected to the outdoors: his mother, Maureen.
Filmmaker: Rockhouse Motion – Aaron Hitchins