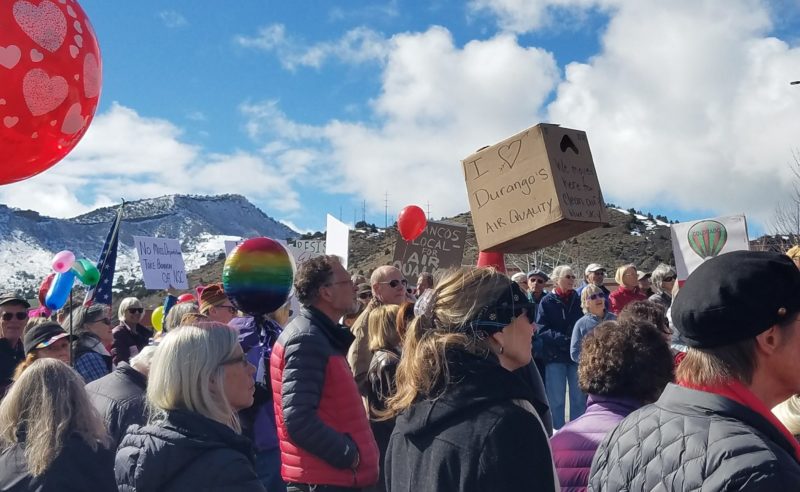 The Colorado Air Quality Control Commission (AQCC) is holding a Durango hearing on strengthening methane regulations from the oil and gas industry. Strong new rules are vital in order to reduce emissions, protect our health, and curb climate impacts.

Five years ago, Colorado became the first state to directly regulate methane pollution – an extremely potent greenhouse gas – from the oil and natural gas industry. Since the rules were adopted, Colorado’s economic growth has exceeded projections, proving that smart environmental policy can go hand-in-hand with economic prosperity. But the old rules aren’t enough- Colorado needs new protections that reduce emissions to safeguard our health and our environment.

It’s time for Colorado to take this crucial leadership to the next step. This summer, Gov. Polis signed SB 181 into law – officially directing the Air Quality Control Commissions (AQCC) to further minimize pollution from oil & gas facilities. Now, you only have a limited amount of time to speak up before a new rule is finalized.

The proposed new rule is a step up: It’s expected to cut pollution from thousands of low-producing wells statewide, develop a first-of-its kind standard for cutting pollution in the transmission & storage sector, and create new methane emission reporting requirements for oil & gas producers.

This won’t happen without your support! Come tell the AQCC that Coloradans on the West Slope want strong new rules that prioritize health and environment!

Methane is a powerful greenhouse gas, 84 times more powerful than carbon dioxide and responsible for about 25 percent of the climate change we’re already experiencing.

Here in Southwest Colorado we are especially vulnerable to the devastating impacts of climate change, from frequent and severe wildfires to decreased snowpack, earlier spring melting, and less water during the growing season. The impacts affect all aspects of Colorado’s economy and way of life.

Here in the Four Corners we live under a giant methane cloud that compromises our health.  Air pollution from the oil and gas sector is a statewide problem that needs statewide solutions. Oil and gas operations contribute to poor air quality on the West Slope: La Plata County received an “F” from the American Lung Association for ozone pollution.

When oil and gas companies waste natural gas by deliberately burning it, releasing it into the air, or by not fixing leaky equipment, Colorado taxpayers lose out on hundreds of millions of dollars in royalty and tax revenue each year.