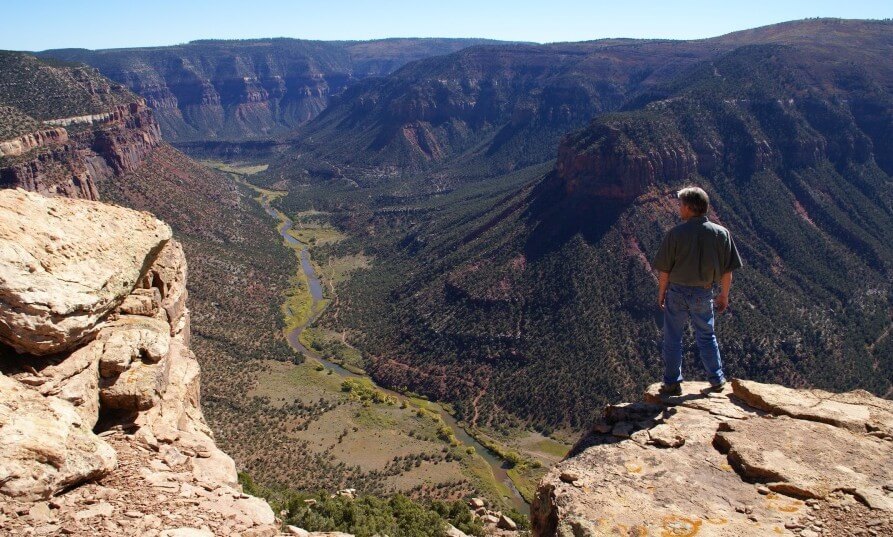 Where would the outdoor industry be without the public lands on which we explore, dream and play?

The Conservation Alliance, comprised of such iconic companies as Patagonia, Osprey Packs and REI, actively protect the wild and protected landscapes on which their business – and so much more – depends. Since their founding in 1989, they have spent over $14 million funding and partnering with local conservation groups in North America.

The San Juan Citizens Alliance is proud to be one of 24 organizations receiving funding this year. Member businesses both sponsor applications and vote on which to support. We are grateful to our friends at Verde Brand Communications here in Durango for nominating us and to all the members who voted to support our tireless work (including Osprey Packs) to protect the watersheds in southwestern Colorado.

This year’s Conservation Alliance grant funds our work to create a Dolores River Canyon National Conservation Area (NCA) as well as the River Protection Workgroup (RPW) to develop consensus-based approaches to protecting rivers and watersheds.  Here is an update on those two projects.

Dolores River Canyon National Conservation Area Proposal
After many years of tireless work by a diverse group of stakeholders, the Dolores River Canyon NCA Proposal and a draft map are complete. The Proposal spans from the base of McPhee Dam to the town of Bedrock and includes roughly 100,000 acres and 106 river miles. Additionally, 25,000 acres of the NCA would be permanently designated as Wilderness. There are protections for native fish, whitewater boating, geology, scenery, archaeology, ecology, roadless area protections, and a mineral withdrawal. We are poised to move forward with the introduction of legislation in 2015 and are currently vetting the proposal with key stakeholders and agencies and working closely with our Congressional Delegation.

River Protection Workgroup
In 2007, the Alliance approached the Southwestern Water Conservation District to jointly initiate a collaborative, community-driven process around five watersheds that were found either eligible or suitable for Wild and Scenic River status. One of these workgroups – The Hermosa Creek Workgroup – proposed federal legislation, the Hermosa Creek Watershed Protection Act (HCWPA) of 2013, which had virtually unanimous community support and was signed into law at the end of 2014 by President Obama. We are now engaging in the Hermosa Creek Travel and Recreation Management Process and Management Plan to bring forward both the spirit and the specific management prescriptions outlined in the HCWPA.

The River Protection Workgroup effort is now in Phase II, the “Regional Discussion” process. Led by the Steering Committee, the process is exploring and developing consensus approaches to protecting rivers and watersheds, while allowing water development to continue. Specific areas being discussed include the upper Animas River, the East and West Forks of the San Juan River, the Vallecito Creek and Pine River drainages, and the Piedra River.

See what other organizations and projects were funded here.