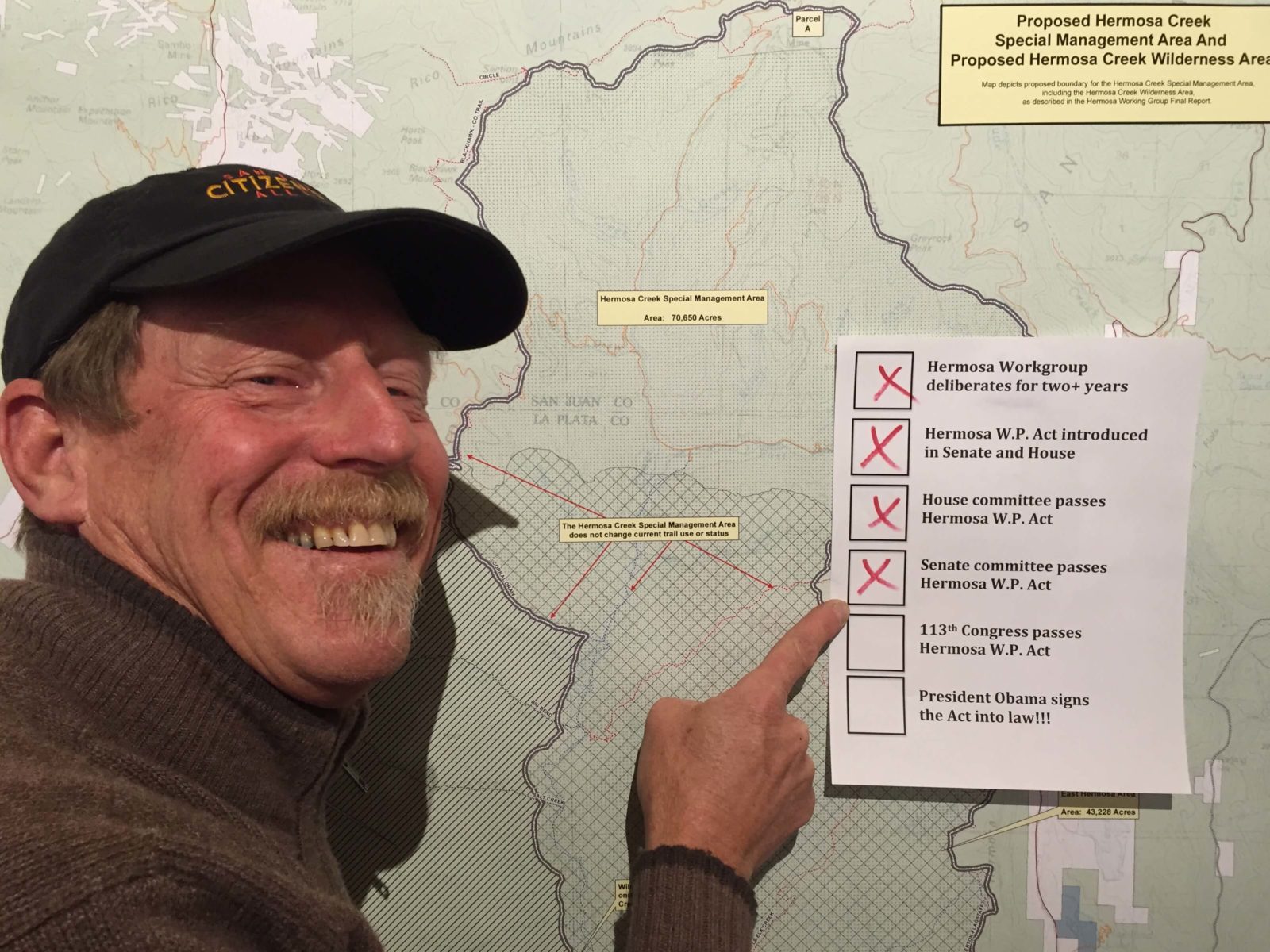 During the hearing, Senator Mark Udall spoke eloquently of both the community consensus that generated the momentum to protect the area as well as the inherent beauty and wildness of the Hermosa Creek watershed. Senator Udall was a co-sponsor of the Act that Senator Bennet introduced in the Senate and Representative Tipton sponsored in the House. Hopefully the full Congress will approve the Act in the next few weeks and move it to the President’s desk, however, we know that those couple next steps can only be enjoyed when they are completed.

While the Hermosa legislation was dealt of a disfiguring blow from the House Natural Resources Committee in September, the legislation passed today in the Senate closely resembles the bill that was originally introduced by Senator Bennet.  The recent outpouring of public sentiment to “bring back the community consensus” that was crafted over several years was heeded by our Congressional delegation and through hard work and a lot of give-and-take the Hermosa Creek Workgroup’s intentions were resuscitated.

Perhaps the only element of the ‘Hermosa story’ that surpasses the diversity and wonder of the Hermosa Creek watershed is the reality that the legislation has only moved forward this far due to a diverse and somewhat uncommon set of neighbors and allies that banding together in allegiance to protect a watershed honored by all. Certainly the significant size of the Hermosa gives space for a diversity of wild inhabitants and human users, however, it still holds true that a mutual respect for all points-of-view caught the eye of our Congressional delegation that in turn carried forward the effort.

In a time when discourse is rampant and the inability to look ahead towards protecting the ecological health of our planet seems to be waning, the Hermosa legislation strides forward as an example of community collaboration. And we’re guessing that the elk, lynx, bears, cutthroats and other species of the Hermosa are pleased to know that good things can happen when Homo sapiens work together.