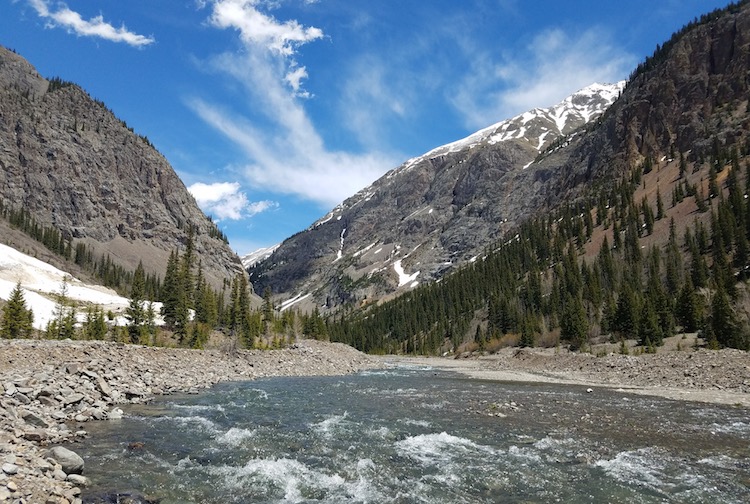 It was a counterpoint to the West’s flurry of dam-building in the 1950s and 1960s that saw dams erected across many of the region’s rivers. The mighty rivers of the Colorado Plateau were tamed by dams at Flaming Gorge on the Green River, the Black Canyon of the Gunnison, Navajo Dam on the San Juan and, of course, Glen Canyon on the Colorado.

The efforts of dam-builders were not without controversy, and vigorous public opposition first staved off Echo Park Dam in 1954 that would have inundated the canyons of the Green and Yampa in Dinosaur National Monument, and later two dams in the Grand Canyon. Those fights spurred the idea of placing some of America’s rivers off limits to dams.

The Wild and Scenic Rivers Act passed in 1968 creates the tool to keep rivers undeveloped, but it still requires Congress pass a specific law to add a river to the system, same as for a wilderness area or a national park. Thus, Colorado has just one permanently protected river – the Cache la Poudre near Fort Collins. This reflects the power of the water development establishment in Colorado that fears anything that might limit options for more dams and diversions. Our neighbors in New Mexico, Wyoming and Utah all have more protected rivers than does Colorado.

The Wild and Scenic Rivers Act provides a three-pronged approach to protecting the free-flowing values of specified river segments. It prohibits dams that would flood a stretch of river and also requires leaving water in the river for the specified outstandingly remarkable values, such as boating or fishing. It protects the character of the river corridor as well by limiting expansive new development such as mining. The law created three tiers of rivers – from wilderness rivers without major developments (think Salmon River in Idaho) to more recreational rivers along major highways (like the Poudre).

Here in Southwest Colorado, we have preeminent wild and scenic river candidates, rivers still free-flowing and undammed. The Animas River is one such classic river, running over 50 miles from its headwaters to Durango without significant diminishment or diversions. The Piedra and the San Juan’s upper headwaters are a couple more.

A somewhat unlikely champion arose for saving the nation’s free-flowing rivers, at least compared with today’s bifurcated partisan atmosphere around conservation and environmental protection. A staunchly conservative Republican congressman from western Pennsylvania, John Saylor, championed the cause of keeping some of our last mighty, undammed rivers and streams off limits to new dams. Saylor was fervently anti-communist, appalled by government socialism and enthralled by the beauty of the natural world. While at the same time a staunch defender of Richard Nixon and America’s involvement in Vietnam in the name of fighting communism, Saylor found inspiration in America’s wilds.

Saylor was no stranger to river conservation. He spearheaded the opposition to the Echo Park Dam. He killed the Grand Canyon dams, motivated both by a desire to ensure all Americans would benefit from the river’s inherit beauty and because of his conservative views against government-funded socialism. Saylor could not imagine why the federal government should be in the business of building hydroelectric power plants that competed with private industry.

Fifty years after Saylor sponsored the Wild and Scenic Rivers Act, we are still wrangling over the fate of our last undeveloped rivers.

Change is slow in the world of water, but the full range of appreciating rivers, including in their natural and undiminished condition, is gaining value in water development discussions.