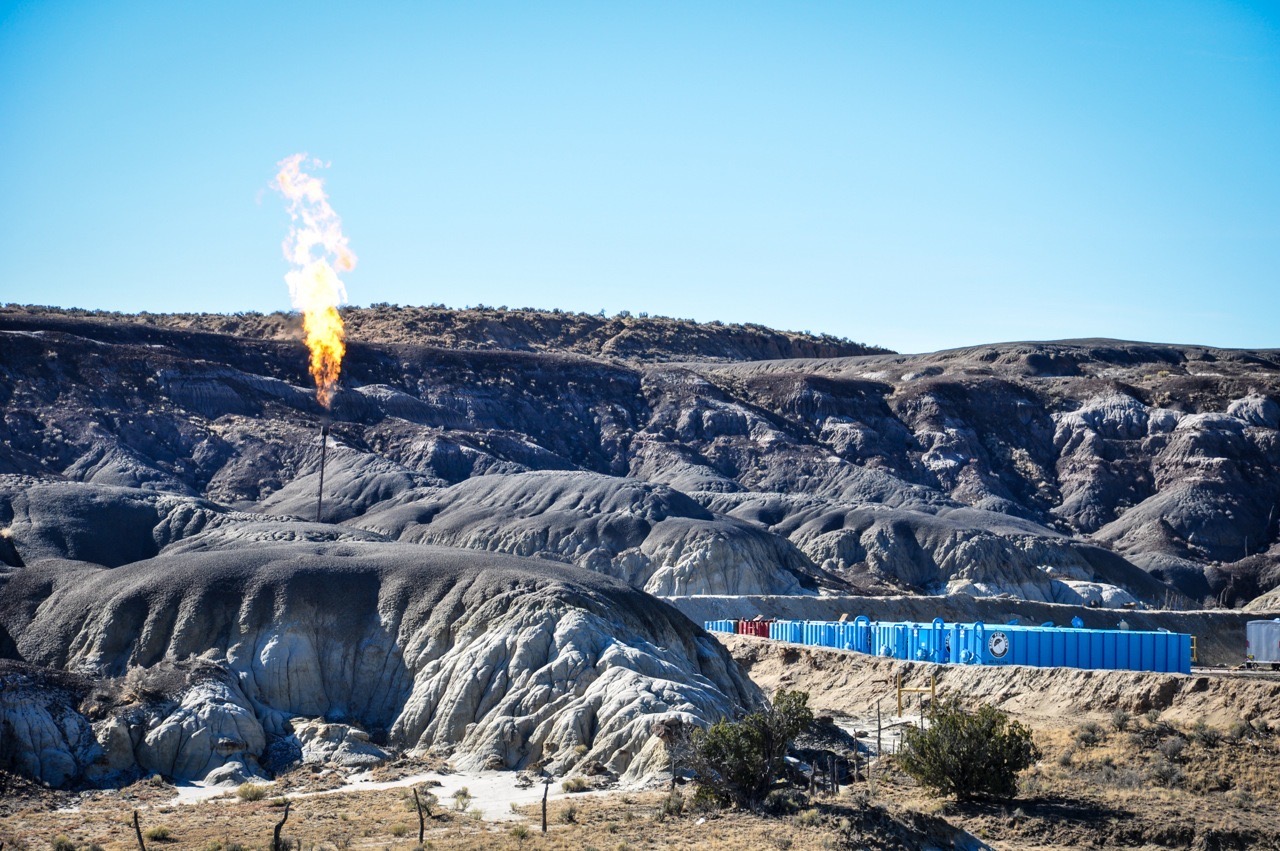 In New Mexico, oil and gas operations release more than 1 million metric tons of methane every year into the atmosphere. According to the Environmental Defense Fund, this has the same short-term impacts as 22 coal-fired power plants or 28 million automobiles. This is a problem we can and must solve now, both for the sake of our environment and of the health of our state’s current and future generations.  Captured methane is a marketable product that would increase revenue.

In 2014, NASA discovered a methane cloud the size of Delaware hovering over the Four Corners region, the highest concentration of atmospheric methane in the United States. This ‘hot spot’ is the product of the over 40,000 oil and gas wells that have been drilled and operated in the region. Now, in the Permian Basin near Carlsbad, the current oil boom risks following in the perilous footsteps of the San Juan Basin development decades earlier if unchecked and unregulated.

However, there is still hope for action. In January 2019, Gov. Michelle Lujan Grisham announced she was going to make New Mexico a national leader in cutting methane waste and pollution by adopting rules “to eclipse states that are successfully doing this work.” Gov. Lujan Grisham’s goal stands on firm ground, given that both Republican- and Democratic-leaning states across the U.S. have acted to cut emissions and proven solutions are a win for the environment and economy. Colorado, Wyoming, Pennsylvania and Ohio all have state rules. It’s time for New Mexico to join the ranks of progressive states implementing sustainable solutions to protect their residents and futures.

Aspects of robust regulation by the State of New Mexico will include: