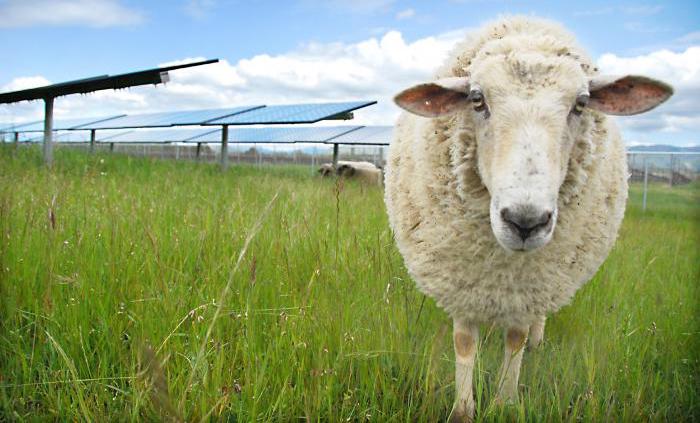 The Rising Tide of Renewable Energy

Part I in a four part series on Renewable Energy. See Part II,Solar Power: Who Came Up With That?? and Part III,  Check’n New Solar System(s)

“A dam about to break.” That’s how Chris Riley, President of Guzman Renewable Energy Partners, describes the impending surge of renewable energy. Riley believes renewable energy sources, like solar, will soon not just be supplementing coal and gas, but replacing them. Riley’s no hippie. After graduating with honors from the Naval Nuclear Power School in Orlando, FL, he kicked off his career as Commander of a coastal patrol warship and as Chief Engineer of a guided missile destroyer. Before co-founding Guzman Energy, he served as Director of Investment Banking for Guzman & Company. Riley’s a numbers guy. And his company is putting their money on renewable energy. A LOT of it. Thirty-seven million dollars, for starters, to help build what will become one of the greenest rural electric cooperatives in the country.

Taos, New Mexico based Kit Carson Electric Cooperative wanted out of their contract with Tri-State Generation and Transmission (TSGTA), a wholesale supplier of electricity for 43 individual, consumer-owned electric cooperatives. Under the terms of their agreement, the contract extended until 2040. But Kit Carson felt the two entities had irreconcilable differences and it was time they go their separate ways. The primary issue for Kit Carson was Tri-State’s strict policy that cooperatives could not produce more than 5% of their own electricity from locally sourced power. Kit Carson not only wanted to produce more power locally, thereby keeping more revenue, and jobs, in the community, but they wanted to use electricity generated from renewable energy sources, primarily solar. After years of bickering and failed negotiations, Tri-State finally agreed to release Kit Carson from their contract in exchange for a $37 million break-up fee.

Guzman Renewable Energy Partners paid that break-up fee, forming a partnership with Kit Carson to serve as their wholesale energy supplier and exclusive solar energy partner. One of Kit Carson’s goals is to supply 100% of their energy needs (in the summer months) from solar energy, something Tri-State would never have permitted, a position that had been a great source of frustration for community members of the Kit Carson Cooperative.

One of the best changes? “We don’t start conversations with the words, ‘No we can’t,” said Luis Reyes, CEO of Kit Carson Cooperative, at a recent Green Business Roundtable meeting in Durango, Colorado. “Now everything is driven by the community. We want more renewable energy resources and we want more flexibility and shorter contracts.”

Many existing utility contracts, including Kit Carson’s, were negotiated many years ago and lack the flexibility to incorporate new technology. Some of them are with providers who own and operate coal or natural gas powered plants and have a vested interest in holding to those systems, despite climate change concerns and/or the cost of renewable, greener, energy sources becoming cost competitive with the status quo.

One of the distinguishing features of Guzman is that they don’t “own” the equipment, so to speak, and they don’t want to. “Our philosophy is to be asset-light,” said President of Guzman Renewable Energy Partners, Chris Riley in a recent interview. “We believe that the energy industry is changing so rapidly that I couldn’t guess where this is going in ten years. Things that were economical five years ago are not economical now. The new lowest cost fuel is Mother Nature.”

Remaining “asset-light” allows Guzman the flexibility to zero in on the best sources of energy at the best price at any given moment. At the same time, providers are incentivized to remain abreast of and employing the latest technologies and shorter contracts give co-ops more control and flexibility close to home. In the world of utility providers, it’s revolutionary.

Over the next few years, the Kit Carson Cooperative-Guzman Renewable Energy partnership will supply up to 30 megawatts of renewable energy to service the communities of Taos, Colfax and Rio Arriba, using a combination of the latest solar and battery storage technology through the installation of several solar arrays placed strategically throughout the territories.

“This is a huge win for our community and for our environment here in the Enchanted Circle,” said Reyes in an interview with North American Clean Energy. “This plan will allow our community to be greener and much more competitive in attracting businesses and jobs.”

Finally, their plan calls for fixed rates that will actually decline over the next ten years of the partnership, at a time when most other utilities providers rates will increase. And, thanks to the new developments in solar panels, delivery systems and battery storage technologies, the communities are expected to save $30 to $40 million dollars…even after repaying the $37 million break-fee.

In Part II, we’ll explore the wonderful world of solar power from its discovery in the 1800s to the current phenomenon and soon-to-be-achieved marvels.