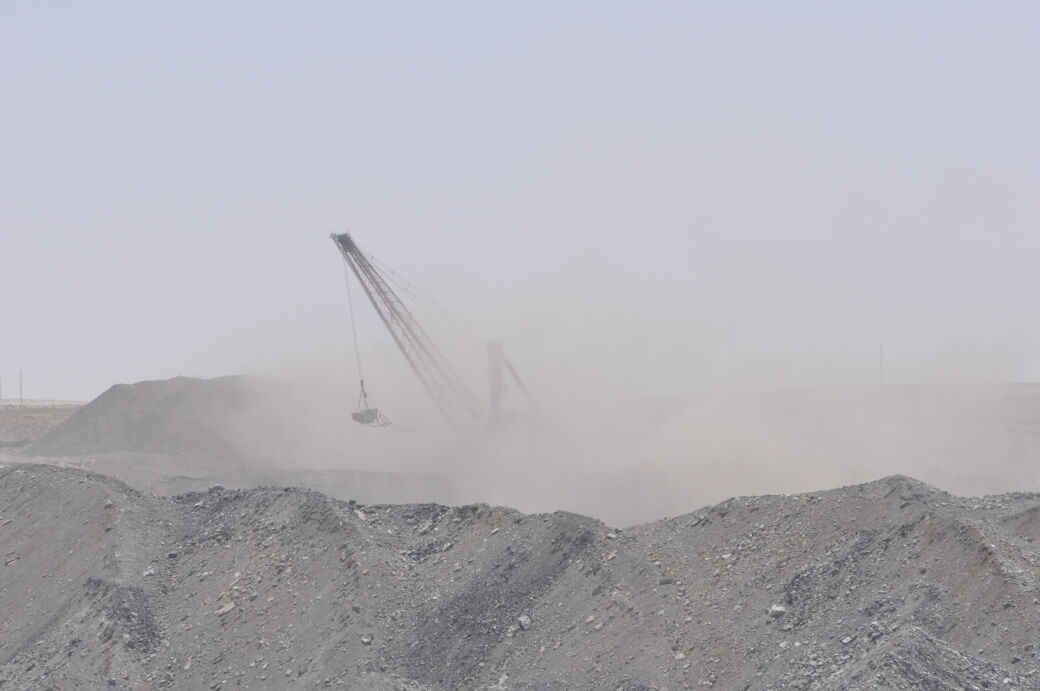 Have you ever seen a monster? I have. A few weeks ago.

He was an odd monster. He didn’t hide in the dark spots fancied by most monster-types. No, this monster stood out in the open under the glaring mid-day sun. Strange behavior for a monster.

Save that one anomaly, he was an exemplar of monsterdom. A modern-day, fire-breathing, tearing, gouging, ripping mass of awesomeness devouring everything in sight.

Devoid of compassion – full of fearsomeness – this was a monster’s monster.

I stood and watched. I trembled. Then I drove north toward the state line wondering why this was my first visit to the Four Corners Power Plant and Navajo Mine complex. Surely, something this powerful – this menacing – would have caught my attention before now.

But like most in the Four Corners, I’ve spent more time worrying about the monsters that hide under my bed than the ones that gnash their terrible teeth in plain view. Eyes wide shut.

The Four Corners Power Plant is one of three coal-fired power plants that perch like vultures in northern New Mexico and Arizona – the San Juan and Navajo generating stations being the other two.

By dint of their very operation, these plants deposit enough toxins in our air and water that fish in far-away high alpine lakes are rendered inedible in all but small quantities. Just imagine the health impacts they have on immediately surrounding communities.

The time has come to put an end to this persistent, archaic insult. One by one, starting with Four Corners Power Plant, all three aging plants must be shut down. And if we’re smart, from their ashes will rise an energy infrastructure built with renewable, decentralized, networked technologies.

(To the peanut gallery: Technological advancement in service of human betterment is usually called progress. That’s a good thing, right?)

Heraclitus – the ancient Greek philosopher – is famous for saying that change is the only constant. What this early sound-bite pioneer omitted was the “how.” How does this change happen?

Change happens because of the change-makers among us. The ones who see a right to every wrong; who understand that hard questions are an invitation for bold answers; who know that change happens only when people stand together against powerful entrenched interests that profit from changeless-ness.

Change happens when people stand up with clenched fists and gnash their own terrible teeth to match the terribleness with which they are menaced.

This last year, San Juan Citizens Alliance and our allies won an important victory – closing three of the five generating units at Four Corners Power Plant. But, as we all recall from math class, five minus three leaves a remainder: two. And two of anything this destructive is two too many.

Stand with the San Juan Citizens Alliance and our friends as we work to put the first of these three power plants into a deep, irretrievable sleep. Come help us fight monsters.