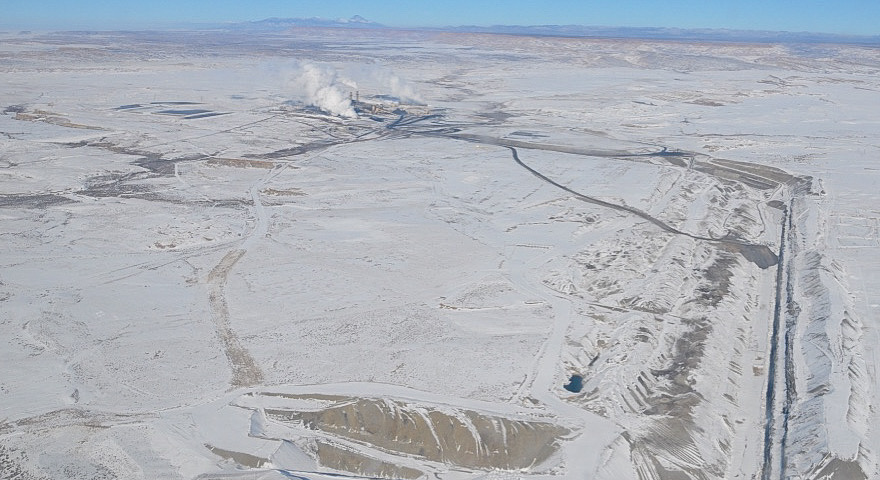 After almost 6 years spent outside of Farmington and San Juan County, it is great to be back in the community I grew up in and will always call home. It is refreshing to experience the kindness I remember being so present during my childhood and to know that the welcoming, creative and optimistic pulse of Farmington is still alive and well.

Farmington and the Four Corners Area are going through uncertain times; the economy we were built upon is less stable than ever and we are being challenged to adapt. It’s scary but adaptation means honestly assessing where we are as a community and seeking solutions.

Even scarier to me, though, is that we seem hesitant to communicate openly about some of the most important issues facing us right now. Contrary to much of the rhetoric we now hear, we have options and, now more than ever, is a time we need to be exploring these options together and working cohesively to solve the obstacles before us.

The closure of the San Juan Generating Station brings with it dire economic consequences, not the least of which includes significant loss of jobs. However, renewable energy offers a way to supplement the resources we’ve traditionally relied on, while growing jobs, building our economy, and creating a robust future for ourselves, our families, and many generations to come.

Growth of renewable energy means job growth. According to data within a report by Kelly O’Donnell, economist and professor at the University of New Mexico School of Public Administration, from the US Department of Energy, “each job lost in coal has been replaced by a new job in another electricity-generation-related industry” with three times more people employed by renewable energy than by coal.The fastest job growth–more than 20% per year–is in the solar sector, says O’Donnell. And solar jobs are good jobs– in 2016, technicians earned about $60,000 annually.

Not only is renewable energy the future of the energy job market, but a utility-scale solar plant would result in thousands of additional jobs during during its construction phase. We could count on jobs created through the labor intensive process of mine reclamation, coal plant decommissioning, building solar plants and all of the indirect jobs created by what would become a robust solar economy. What other companies might Four Corners be able to attract with such a progressive model and outdoors focus?

A second huge economic impact on our community of the loss of SJGS is the loss of millions in property tax revenue. But, as O’Donnell notes, the addition of a 450 megawatt solar plant near SJGS would replace all lost property tax revenue; support thousands of jobs over two or more years of construction; and generate over $67 million in additional tax revenue for state and local government, a net win for San Juan County, our schools, and our services.

Solar is not the one and only solution, but it is certainly a very real solution that merits our time and consideration as we search for a path forward. We need to gather information on how we can diversify our economy and start conversations around sustainable decision-making. It is time for us to set aside the tunnel-vision that is paralyzing us and begin honestly weighing the possibilities that present themselves.

As the economic landscape of the Four Corners shifts away from the San Juan Generating Station and into new, dynamic territory, we have the perfect opportunity to forge ahead and create a sustainable future for ourselves that will last for decades to come. We are a proactive community; let’s move forward before it’s too late.

This piece originally appeared in the Daily Times, here.