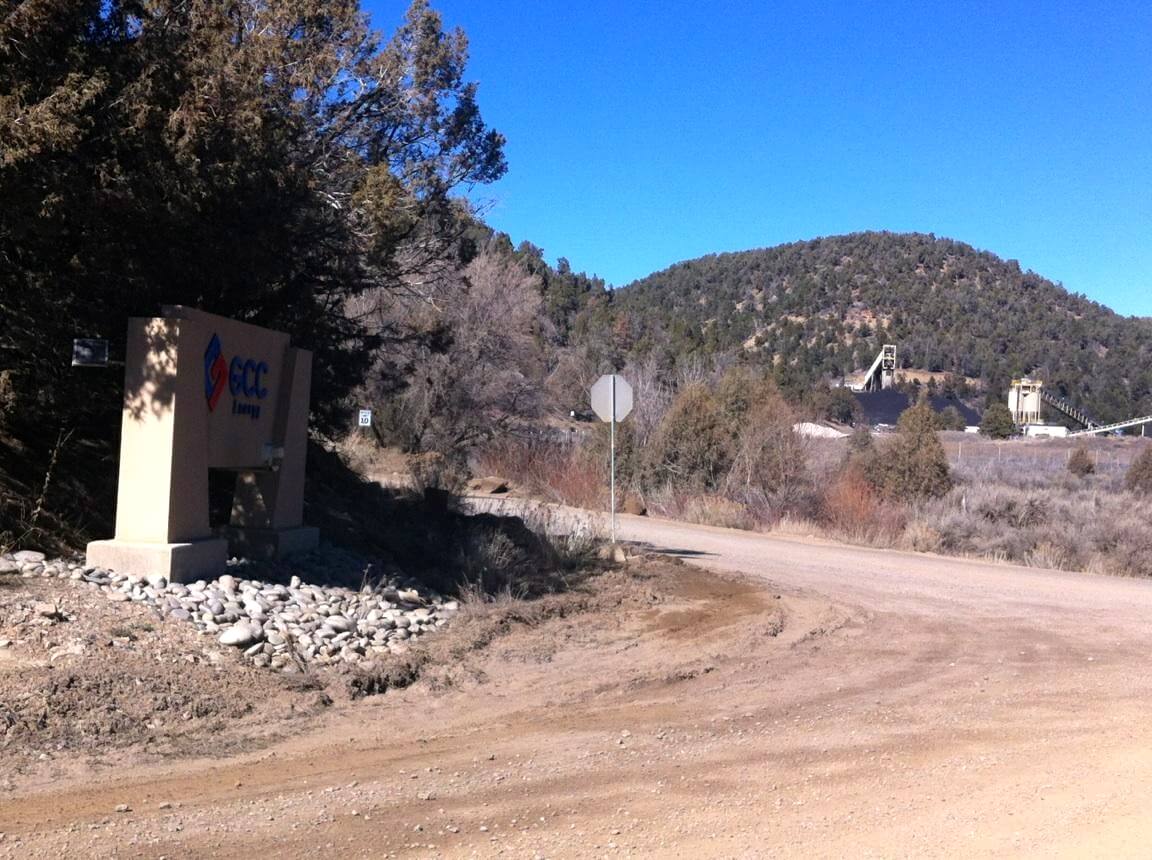 By Jimbo BuickeroodFebruary 19, 2015May 18th, 2015Coal, Lands Protection
No Comments

This is the first in a series of 4 blogs on the King Coal II Mine by guest contributor, Lauren Pope.

A New Era for King Coal

About three hundred feet underneath the piñon-topped mesa west of Durango in the Hay Gulch area is a machine called a “continuous miner,” and it runs 24-hours a day extracting low sulfur Bituminous coal. The machine moves horizontally on the upper Menefee seam, which has been projected to hold enough high quality coal to entertain the miner for another three decades.

This continuous miner is currently extracting in the depths of King II Coal Mine, a historic operation now in the hands of Grupo Cementos de Chihuahua—a multimillion-dollar international cement producer.

The bulk of King I history includes Irvin and Violet Smith, a couple from Globe, Arizona who took up ownership in the 1940’s and supplied La Plata County residents with coal to heat their homes. Irvin did the operating and Violet did the 2-by-4-wielding when federal agents came poking around for safety inspections.

The original mine had been in commission for almost 70 years when the development of King II went underway. GCC came along in 2005 after a coal and surface lease was obtained in 2004 on state land adjacent to the coal leased from federal and state entities for King I. King II was built on the state parcel and operations began in 2007. In 2009 King I was placed in the process of reclamation.

King Mine’s local market has shrunk to a small number of private customers heating their homes and the Durango and Silverton Narrow Gauge Railroad. GCC’s interest in keeping the miner moving is instead for its six cement plants in the US and Mexico. The coal is used to reach temperatures of up to 1400 degrees Celsius in the plants’ turning kilns, which allows the raw meal of limestone and clay to chemically react into small, dark grey nodules. It’s then ground with gypsum, packaged into bags, and sent off to consumers across both countries.

Before expansion happens however, GCC must obtain an overdue county permit for current operations. Tabled in December 2014 before the La Plata County Planning Commission is a Class II land use application for continued operations at King II. When in 2007 GCC turned its miner loose on the state parcel, La Plata County assumed local permitting was not necessary. It was while planning for expansion and lease modification with the BLM that GCC learned King II is actually subject to such permits. The miner continues, but for how long is now still to be determined.

King II is located a thousand feet up Hay Gulch, about 6.5 miles off State Highway 140 on County Road 120. Twenty-two acres of surface operations are just out of site from the gravel county road and approximately 415 acres are mined below.

The continuous miner tracks the six to ten foot seam in room and pillar fashion. The rooms’ sizes differ based on the thickness and load bearing capability of the pillars. Once a room has been best extracted the miner removes the pillars to maximize production.

Coal is sent from the continuous miner on conveyor belts to the surface, where it’s then sized and crushed, then stockpiled by size. The processed stockpiles are then conveyed to a silo where trucks catch their loads. The trucks run the coal either directly to a customer or to the rail load out in Gallup, New Mexico.

Through all this, King II has kept a low profile in La Plata County, except with those living next door and perhaps southwest Colorado residents jockeying on local roads with the seeming omnipresent coal-laden semi trucks. The surface operations aren’t eyesores to its closest neighbors or traffic on CR 120—the topography of the drainage has hidden the mine well. However, its presence is still well known to residents.

During GCC’s pursuit of their Class II permit , the La Plata County Planning Department has received innumerable letters from residents expressing concerns regarding truck traffic, water quality and sourcing, noise and vibrations, property damage and others. The expanded operations of GCC at King II, which are not currently permitted by the county, haven’t been appropriately regulated according to many “westside” residents and they are now speaking loudly for a just and thorough process, such as an environmental impact analysis, to take place.