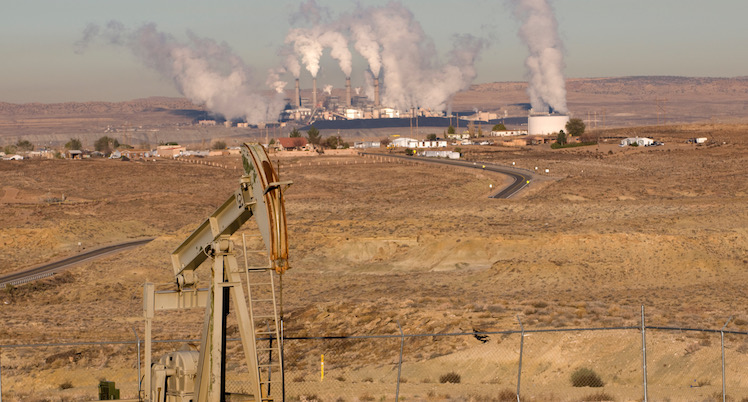 Progress is being made on the Four Corners area

In December and January, intense negotiations were ongoing over a Public Service Company of New Mexico-backed bill relating to the closure of the San Juan Generating Station, the coal-fired power plant near Farmington.

This piece of legislation became one of the most contentious and well-covered bills of the legislative session. But the full story of this debate hasn’t been fully told, and — spoiler alert — it’s mostly good news. The negotiations didn’t quite get to the finish line, but we made enormous progress to build on for the coming year. (Organizations listed below were part of the negotiations.)

As context, the San Juan Generating Station must and will close in the coming years. PNM — the majority owner — has already set a deadline of 2022 for the plant’s closure. The economic reality for PNM is that, like most of the coal plants in the country, coal is no longer the cheapest or most reliable source of energy. Coal power plants are also New Mexico’s largest sources of air and climate-changing pollution.

But the closure of the San Juan Generating Station can wreak havoc on local economies and families, particularly those who work at the generating station and the nearby mine. Any consideration of closure must take into account the well-being of those families; the economic vitality of San Juan County, the city of Farmington, the Navajo Nation,and neighboring jurisdictions; and the tax base of the school district and local governments.

The original bill was silent on the economic impact to the Four Corners area. Our organizations insisted on an investment for economic development in Farmington and surrounding communities, as well as a commitment that replacement energy would be clean and competitively bid.

To its credit, PNM largely came to agree. The negotiations revealed a growing reason for hope that New Mexico is poised to make tremendous gains in the shift from coal to renewable energy while also helping the most affected communities begin the process of diversifying their economies. In short, our negotiations brought about a broad consensus among legislative leadership, community organizations, environmental groups and the state’s largest utility that it is time to jump-start New Mexico’s clean energy economy, bring new jobs and diversify the economies of parts of our state that have been heavily reliant on extractive industries.

Unfortunately, within the short,30-day session, there were several issues thatcould not be resolved to the satisfaction of lawmakers, such as who would own replacement power and where the line should be drawn between the role of the state Legislature and that of the Public Regulation Commission in setting policy. We are nevertheless confident and hopeful that we can continue working toward resolution of these remaining matters.

The negotiations led to recognition among leading environmental and community groups and PNM that the families and economies of the Four Corners area must be protected; that we should get to at least 50 percent renewable energy by 2030; and that New Mexico is ready to move into new clean energy jobs and away from coal. That’s significant progress, and we look forward to working with lawmakers, Farmington stakeholders and PNM so that we can move the economies of New Mexico and the Four Corners area forward.