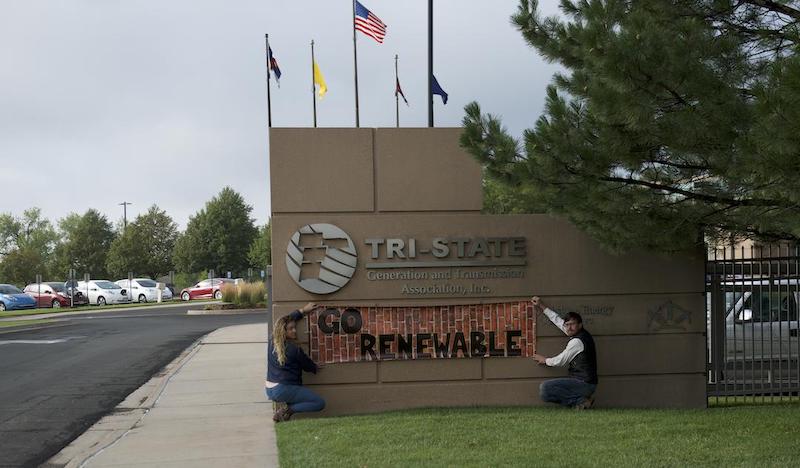 The comedian Lily Tomlin used to have a favorite shtick where she played Ernestine, the snorting, smirking phone operator.

She would end her bit with the line, “We don’t care, we don’t have to, we’re the phone company.” It was a reference to the monopoly held by telephone companies in the 1960s, and how that lack of competition meant they could be utterly unresponsive to customer concerns and feedback.

Tri-State Generation and Transmission’s unresponsiveness to the needs and wants of its rural electric cooperatives reminds one of nothing so much as that Lily Tomlin character. Tri-State’s lethargic lack of response to desires by a growing number of its member cooperatives, including La Plata Electric Association and its member owners here across Southwest Colorado, is driving frustration throughout the Tri-State family of co-ops. Tri-State has us by the neck with its 31-year contract and apparently lacks any motivation to be responsive to its members.

The rural electric co-op world was roiled by a couple of events recently. Most significantly, our neighbors at Delta-Montrose Electric Association filed a formal complaint with the Colorado Public Utility Commission charging Tri-State with unreasonable and discriminatory rates. Delta-Montrose has been attempting to exit its Tri-State contract for several years because it wants to boost local economic development with its own electric generation projects and because it fears continuing electric rate increases from Tri-State.

The co-op is willing to pay a reasonable exit fee, but Tri-State has responded with an apparently exorbitant number and won’t share the basis for calculating it. And Tri-State also insists on utter secrecy, so it refuses to allow Delta-Montrose, or any other co-op, to openly discuss buyout details with anyone, including Tri-State’s owner members like you and me.

Simultaneously, the largest co-op in the Tri-State system, United Power on the Front Range, requested a change in Tri-State’s bylaws to allow it to purchase less than all of its energy from Tri-State. United Power says its larger customers are eyeing electric rates 28 percent cheaper from neighboring Xcel, and its members want more renewable energy.

Then add into the dissatisfaction among many Tri-State co-op members a set of new players circling that could upend Tri-State’s world in a heartbeat. The world’s most valuable corporation, Apple, has a registered wholesale power trading subsidiary. It was created to procure power for Apple’s energy intensive headquarters and other facilities, but it’s licensed nationwide by the Federal Energy Regulatory Commission. Apple will soon have 1,400 megawatts of renewable energy generation producing power at 40 facilities.

Apple is not the only tech giant eyeing the energy marketplace. Amazon is selling home efficiency bundles in partnership with an energy marketing company – think Amazon Prime as it relates to energy. And just imagine what an omnipresent outfit like Google might have up its sleeves to pursue in the realm of energy.

An expert highlighted these and other innovations at a recent Colorado Rural Electric Association summit. Steve Collier with Milsoft Utility Solutions outlined a rapidly changing energy market. What would a sluggish, ponderous monopoly like Tri-State do if the tech giants, Apple and Amazon and Google, barged into the energy market, either because of concerns about climate change or simply to make a financial killing in an otherwise uncompetitive marketplace.

Many probably can’t imagine a monopoly on phone service. Nowadays, if you don’t like your cellphone provider, you jump ship to a competitor or find an internet option or even stick with your old standby land line. The electric business industry 30 years hence will likely be just as unrecognizable.

The question is, does Tri-State have the vision to evolve with that future?