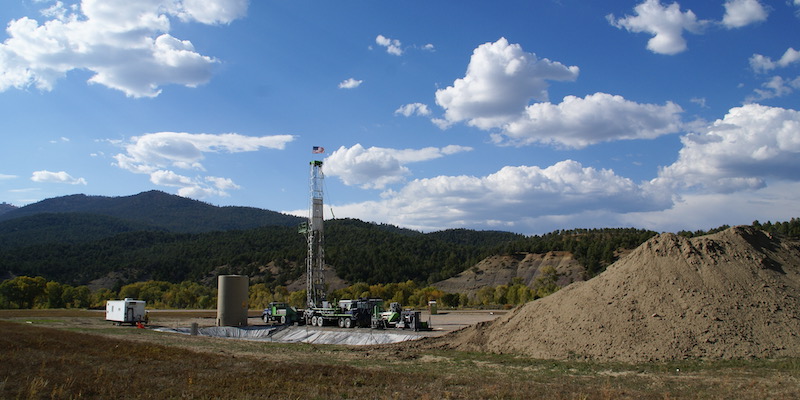 Conservation advocates routinely harp on the single-minded focus of the Trump administration exhorting resource exploitation on our public lands.

In case that just sounds like hyperbole, recent real-life examples help illustrate the reality of the Department of Interior’s energy dominance agenda, one where energy overrides wildlife, water or undeveloped landscapes.

The Bureau of Land Management is our nation’s largest land manager, overseeing in Colorado more than 8 million acres of public lands that are primarily arid canyons and mesas. The agency is completing long-range land-use plans that will dictate priorities over the next 20 years or more.

The just-completed management plan for lands surrounding the Uncompahgre Plateau, including the Dolores River through Paradox Valley, is a textbook case of abandoning balanced use to focus on a single dominant use, in this case making energy leasing and extraction the No. 1 priority everywhere, just as advertised by the Trump administration.

The Uncompahgre Resource Management Plan first unveiled back in 2016 included innovative management to emphasize the wildlife habitat crucial for the long-term success of the large herds of elk and mule deer that depend upon the Uncompahgre Plateau.

The BLM’s plan in 2016 called these crucial big-game migration corridors “ecological emphasis areas.” The intention was to guarantee that key habitat was managed to benefit wildlife like pronghorn antelope, mule deer, elk and others that used it for dispersal and migration.

Fast forward to 2019. The finalized plan includes nary a single area with this priority for wildlife management. Instead, the plan makes leasing and development for oil, gas and coal the primary focus.

What’s the difference from 2016? One obviously is recently confirmed Interior Secretary David Bernhardt, who has made no secret of his intention to convert the BLM from a multiple-use agency into one focused like a laser on enabling the energy industry to obtain access to as much of the public’s land as possible.

This is what unleashing energy dominance on our public landscapes across western Colorado looks like. It means eliminating troubling “red tape” like protecting migrating wildlife herds.

The Uncompahgre plan covers 675,000 acres of public land. The initial plan back in 2016 also suggested that at least a miserly 3% be managed to retain its wilderness character, a few scattered sites like Roc Creek, which is a spectacular tributary canyon to the Dolores River.

The new plan? Zero, zilch, nada would be managed for wilderness character.

A similar story is playing out closer to Denver. The BLM’s just-released plan for the lands around Salida, Cañon City and Fairplay boosts oil and gas leasing by 100%.

A few years ago, local residents and county commissioners in Park County and including the town of Fairplay issued alarms about the prospect of turning their county into an oil and gas development zone, fearing for water supplies, wildlife and rural lifestyle. Their area includes several of the most important water supply reservoirs for the Denver metro area.

That slowed BLM’s advance briefly. But apparently with new marching orders from Secretary Bernhardt for energy dominance everywhere, the BLM’s response to local concerns about protecting water supplies and wildlife is to open literally 99% of its holdings in Park County to oil and gas leasing, with few if any limitations.

All to say that slogans like “energy dominance” have real-life ramifications. It means that for the next 20 years, places like the wintering wildlife grounds on the lower slopes of the Uncompahgre Plateau or the wide-open spaces and municipal reservoirs of South Park have a bull’s-eye denoting energy development first and foremost.