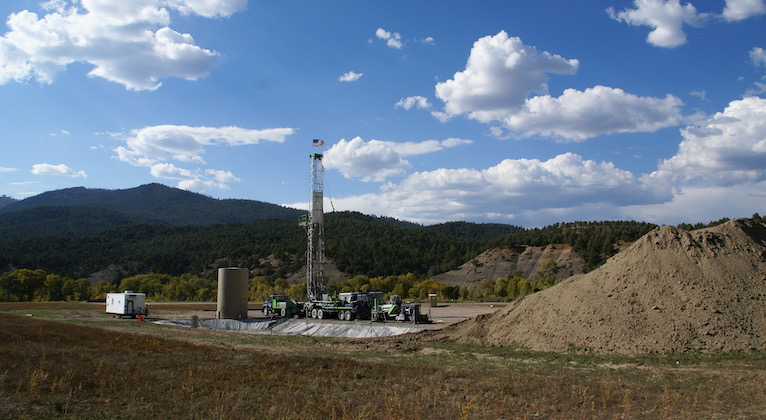 The Trump administration unabashedly promotes energy dominance above all else on America’s public lands. But even knowing that, it’s hard not to be astonished by the latest onslaught to prioritize oil and gas development on our national forests.

We are used to seeing energy extraction as the dominant theme within the more industry-friendly Bureau of Land Management, but devoting our national forests primarily to drilling is a new twist. In September, the U.S. Forest Service unveiled its plan to accelerate oil and gas development on national forests.

This puts Colorado squarely in the bull’s-eye. National forests across Colorado host some of the greatest interest nationally to the oil and gas industry. Not long ago, the industry submitted leasing requests for more than 500,000 acres of the San Juan National Forest. Similar industry expressions of interest exist on the Grand Mesa, Gunnison and White River national forests in western Colorado.

One thing these national forests have in common is their extraordinary public benefits for recreation and wildlife. When people think of Colorado, the images of bugling elk and happy campers in bucolic mountain landscapes leap to mind. What would single-minded industrialization of large tracts of our forests and mountains do to hiking, biking, hunting, fishing and other simple pleasures, not to mention important economic drivers?

The Forest Service readily acknowledges it is revamping the existing rules so as to expedite energy-related projects. As evidence, the agency cites its inability to rapidly sell off 2 million acres of desired oil and gas leases for proof that environmental protection rules create an unreasonable burden on industry’s thirst for access.

The Forest Service’s rush to sell public energy minerals is unfortunately par for the course. When industry-dominated presidential administrations come into office, their immediate priority is to sell as much as they can to their allies in the energy industry. James Watt pursued just such a policy in the early 1980s, and the Trump administration is following the same script today.

Given the Forest Service’s stated purpose for changing its rules is to “decrease the burden on industry, thus promoting domestic energy production,” it should be crystal clear that recreation, wildlife, clean water and untracked forests will get short shrift. Part of the ploy is to limit public review and input, restricting opportunities for the public to weigh in on controversial proposals and reducing public comment to absurdly short 15-day windows.

If it all sounds a bit mind-numbing and wonky, how does it directly affect us here in the San Juans?

Consider that in 2015, the oil and gas industry had blanketed the entire western end of the San Juan National Forest with applications to lease for oil and gas development across 500,000 acres. This included all of the headwaters of the Dolores River, from Rico to Dunton to Groundhog Reservoir. All of the ponderosa-pine plateau country north of McPhee Reservoir. The slopes surrounding the Lizard Head Wilderness and Lone Cone.

Not just the western reaches of the San Juans were implicated. Industry also expressed interest to lease all of the national forest encompassed by the foothills and river valleys between Pagosa Springs and Chama.

With new rules in place, the administration intends to skew prior balanced land-use management heavily in favor of the oil and gas industry. Some might argue that’s what politics is for, to get your people in place to implement your favored policies.

If that’s the case, the last line of defense may similarly be politics. Let’s hope our senators and representatives ask hard questions about the one-sided approach and offer a check on the administration’s worst impulses.