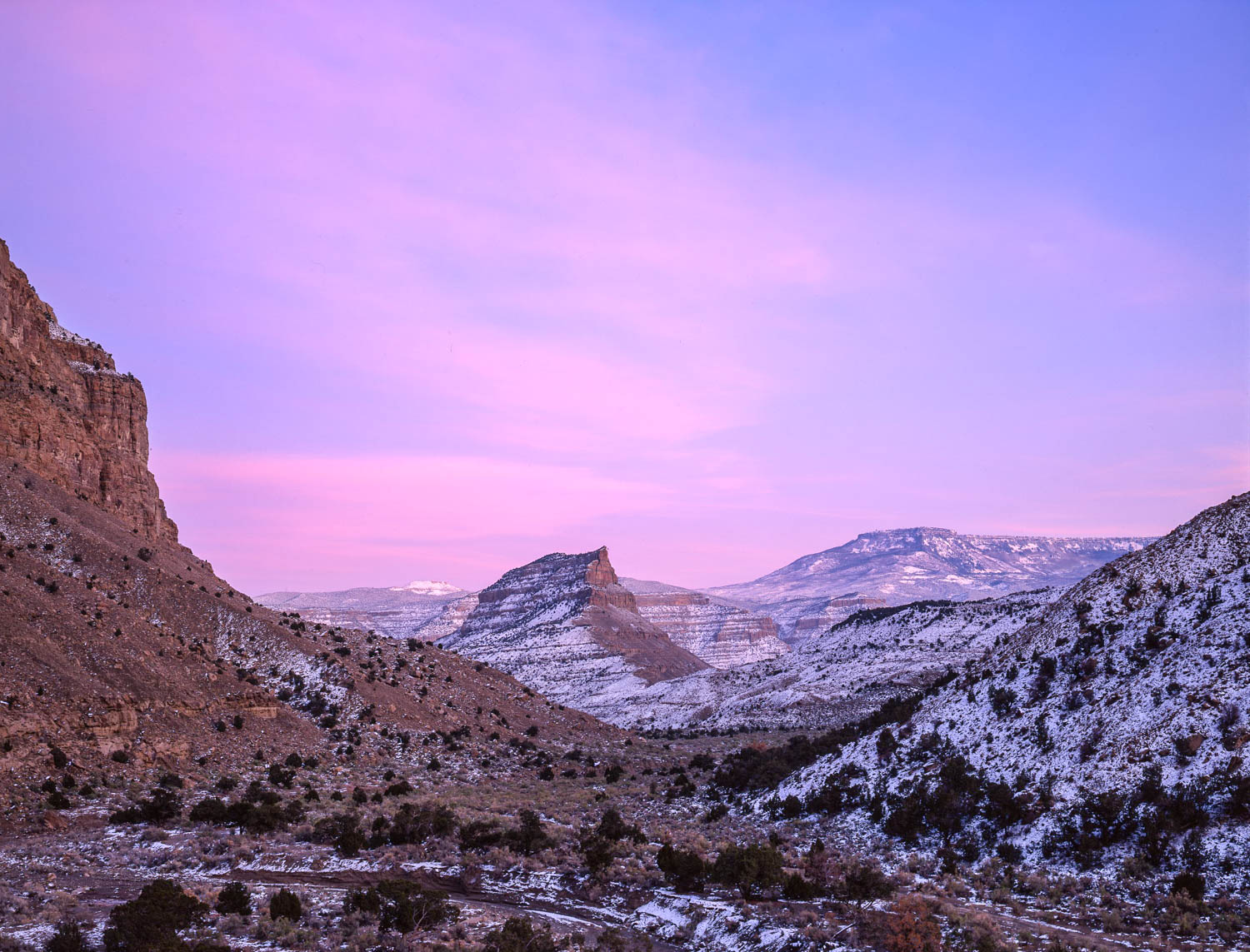 By Mark PearsonFebruary 14, 2020No Comments

Last week, the Bureau of Land Management finalized plans to open millions of acres of southern Utah to energy development, oil and gas drilling, coal mining and a variety of other extraction activities. These were the lands previously protected as the Grand Staircase-Escalante National Monument and Bears Ears National Monument.

Soon after taking office, the Trump administration cut over 2 million acres from the canyons, mesas and cultural landscapes protected within the two national monuments. The legality of that impetuous action is wending its way through the federal courts, and might well be reversed. In the meantime, the BLM has moved to swiftly implement its priorities for energy extraction and resource exploitation, an emphasis over wildlife habitat, cultural resource protection and backcountry recreation for which it makes no apology.

This kind of abrupt reversal of conservation is precisely why advocates so often insist on the lasting protections that legislation brings. If Congress passes a law putting an area into a national park or wilderness area, an administration’s hands are tied no matter how much it desires to reverse course. The Utah national monuments in contrast were created by the executive order of President Barack Obama.

On display this past week was the converse approach. The U.S. House of Representatives took up legislation to finally enact permanent protections for 600,000 acres of desert and canyon wilderness study areas that have been pending congressional action for 40 years. If eventually enacted into law, the Colorado Wilderness Act guarantees that a future administration wanting to focus exclusively on resource exploitation cannot get its hands on these particular lands.

Similarly, the Colorado Outdoor Recreation and Economy Act, or CORE Act, places spectacular mountain landscapes in the high San Juan Mountains beyond the reach of developers and resource extractors. The House passed it last fall, and action to debate the bill in the Senate is only awaiting approval from Sen. Cory Gardner.

Legislative designation is a way to ensure that things don’t change, that undeveloped canyons and mountain ranges remain as is for the benefit of the next generations. It’s that guarantee that drives enthusiasm for the permanency of legislation.

We’re watching the same whims at play around the Forest Service’s adherence to protecting Colorado roadless areas. For the past 20 years, Forest Service rules have existed to guarantee our national forest roadless areas are managed to keep intact their watersheds, wildlife habitat and primitive recreation opportunities. The Roadless Rule was put in place to stop the death-by-a-thousand cuts that carved away at our diminishing roadless areas.

Now, in a pending land exchange, the Forest Service is lobbying the public to waive roadless area protections in place for 20 years and allow for chopping off a chunk of the South San Juan Wilderness adjacent roadless area to use as currency to effectively buy private land it has long desired elsewhere on the national forest.

If the roadless lands enveloping the South San Juans were entirely protected by legislation as wilderness, it would be hands-off. But alas, because it’s left to the agency’s discretion whether to uphold or renege on its prior conservation commitments, proponents for the undeveloped landscapes of the San Juans must again rally in defense. In this case, the lobbyists of a well-connected political donor are pulling the strings to pressure the Forest Service to capitulate on its previous public promises.

If nothing else, seeing the erosion or elimination of land protections once presumed as lasting commitments to stewardship, whether in southern Utah or the San Juan Mountains, will only spur conservation advocates to redouble efforts to enshrine protections in law.