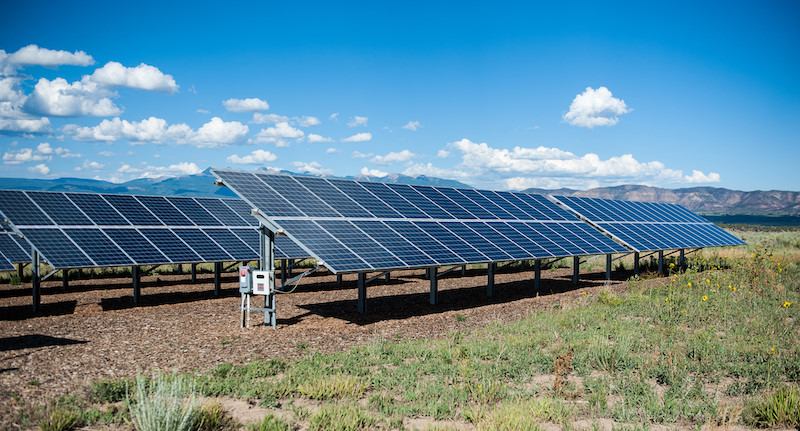 By Mark PearsonMarch 20, 2020No Comments

The transformation in Colorado’s energy landscape over the past year is nothing short of breathtaking. A good part of that transformation owes to the leadership of La Plata Electric Association. Who might have imagined a year ago that LPEA would be one of the heavy hitters helping drive state energy policy?

LPEA’s role was emphasized in recent statements from Gov. Jared Polis during his announcement of Tri-State’s surprising decision to abandon all of its coal assets in Colorado and New Mexico. The governor attributed Tri-State’s about face to pressure driven by local member electric cooperatives. LPEA has led that charge, along with United Power, the largest cooperative in Tri-State’s system, and nearby Delta-Montrose Electric Association.

These cooperatives represent 25% of Tri-State’s customer base. They found intolerable Tri-State’s status quo of generating well over half its electricity from burning coal, and insisted on rapid transition to renewables both to save on electric bills and to reduce harmful greenhouse gas pollution.

The shift in the energy landscape has occurred at a breakneck pace. As the Colorado Energy Office notes, the cost of brand-new wind and solar energy facilities is one-half or less the cost of simply keeping existing coal-fired powerplants operating. Since the fuel for wind and solar is forever free, and is delivered without charge directly to the powerplant, it’s no wonder that mining, hauling and burning coal cannot compete cost-wise.

From a climate change perspective, Tri-State abandoning its traditional commitment to coal and embracing a renewable future is a significant gain. But it’s one unlikely to have occurred absent the combined public pressure exerted by LPEA’s board and the boards of the other large, like-minded cooperatives. If Tri-State follows through on its plans to retire its Colorado and New Mexico coal plants, it shifts its energy generation from over 50% coal to at least one-half renewables in ten years.

Tri-State’s hand was additionally forced by aggressive new climate change policies in both states. But as Tri-State’s new CEO stated, it’s also all about the plummeting cost of renewable energy compared to coal that delivers a “green energy dividend.”

How much of that cost savings will trickle down to individual electric users like you and me? That’s where LPEA sees unfinished business. LPEA leaders want the option to build solar energy locally, but have been handcuffed by a contract running another 30 years that dictates buying 95% of our electricity from Tri-State.

As part of LPEA’s continuing exploration of its options, our coop wants more answers. How much would it cost LPEA to end its contract early, and where would alternate energy supplies be found? This latter question of the cost to buy out the contract early is a question Tri-State has rigidly resisted. It’s a question to which LPEA member owners deserve an answer.

LPEA’s leadership has also implemented reforms to increase member participation. LPEA was the first coop to live stream its board meetings online, giving anyone easy access to observe.

While we might never have imagined such rapid energy transformation just a year ago, more could well be on its way presuming LPEA’s current transformative course continues.

We’ll soon learn whether LPEA and other coops can reasonably modify current contracts with Tri-State and create “partial requirements” contracts that allow for increased local generation above the 5% cap.

In May, we’ll also find out how much it cost Delta-Montrose to exit its contract with Tri-State.

Tri-State is grappling with a new cost and regulatory environment, in no small part owing to LPEA’s new-found leadership role in state energy policy. Now is not the time to let up.