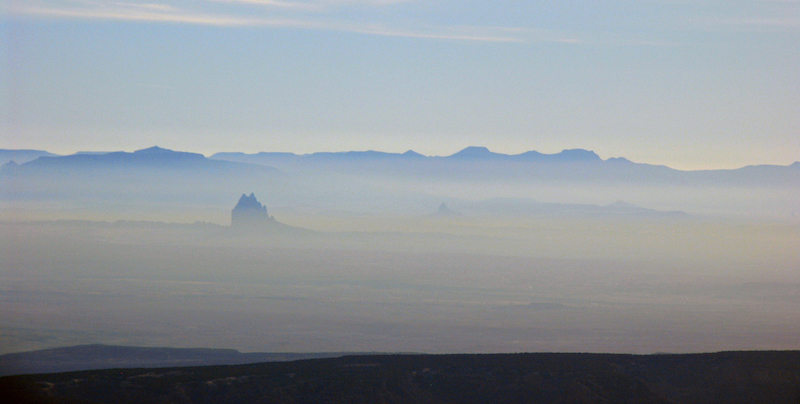 We who live in these parts sometimes call it the Four Corners, other times the San Juan Basin or even the Colorado Plateau. It’s reflective of the geographic flexibility of our home region, one that water and air easily transcends.

In recent years, we’ve watched water pollution flow from Colorado downstream without regard to artificial state lines. And we’ve seen air pollution drift downwind from New Mexico. Fortunately, our New Mexico neighbors in coming months are tackling the quality of our collective air shed in a big way.

One enormous generational change is the looming closure of the San Juan Generating Station, one of the last few remaining coal-fired power plants in the Southwest. Public Service Company of New Mexico (PNM) confirmed in December its intention to retire the power plant in just a few short years, in 2022. That proposal initially surprised people because only a few years back, PNM had invested hundreds of millions in pollution upgrades fully intending to keep the plant running until the 2040s or 2050s.

But as a close-to-home example of the rapidly evolving electric generation landscape, PNM soon realized it made much better financial sense to shutter its coal fleet in favor of plummeting prices for solar and wind, and also natural gas.

Now, New Mexico’s utility regulators at the Public Regulation Commission have launched the process for PNM to formally abandon San Juan Generating Station, the decision whereby the plant is taken off the books, closed and demolished. The coal plant started operation almost 50 years ago, and half the power plant was closed in 2017 with a noticeable improvement in regional haze and the brown cloud that often loomed over the San Juan Basin.

The closure means elimination of millions of tons of carbon dioxide emissions, but also carries with it job losses in the plant and associated coal mine. New Mexico legislators just started grappling with bills that would let PNM issue bonds to recoup revenue it would otherwise forego from some of its not-yet-depreciated assets, and simultaneously direct money to local economic development and worker retraining and transition.

New Mexico’s new governor, Michelle Lujan Grisham, campaigned on a platform of clean energy. Consequently, the legislature is also entertaining a bill to increase renewable energy requirements for utilities from just 20 percent to 50 percent or greater in the next decade. That jump in renewable energy will also apply to rural electric cooperatives in New Mexico, which currently procure at least 95 percent of their electricity from Tri-State.

Lujan Grisham similarly committed to a new state rule in New Mexico to limit the wasteful venting of methane from oil and gas operations. Methane is a powerful contributor to climate change and also a valuable energy resource. Recall that NASA and the National Oceanic and Atmospheric Administration identified our region as the nation’s methane hot spot from aircraft and ground-based monitoring in 2014.

The governor sees improved methane waste rules as both attacking climate change and simultaneously boosting the state’s mineral royalties. Conservationists had long advocated uniform nationwide rules by the Bureau of Land Management and the Environmental Protection Agency, recognizing that methane pollution ignores state lines, but the oil and gas industry successfully persuaded the Trump administration to reverse those strong national rules. Instead, we’ll see New Mexico pursue its own separate rule, perhaps similar to Colorado’s, but to our benefit here in the Four Corners.

New Mexico’s actions are a classic example of think globally, act locally. In the coming years, we will continue to see leadership on climate change originate at home rather than Washington, D.C.