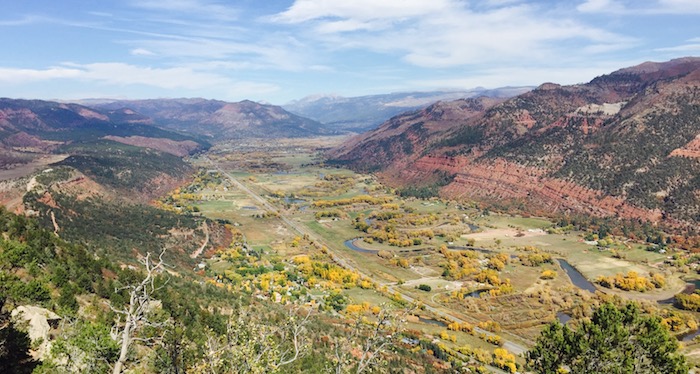 To plan, or not to plan – land use in La Plata County

It might be easy to chuckle at the silliness of the conspiracy theorists convinced the United Nations is scheming with La Plata County to forcibly relocate rural folks into urban housing centers.

Easy, unless you’re the county commissioners bearing the brunt of the fake news fury that buried the last effort to update the land-use code.

But that obscures the meat of the matter – should the county encourage development where it has the best chance of success using existing roads and infrastructure rather than be a financial burden on the rest of us. The big picture gets well beyond the micro-level details of how many cars you can park on your property.

Here is what’s at stake: La Plata County for years has limped along with a seat-of-the-pants approach to planning. It maximizes flexibility at the cost of uncertainty, which means for developers and businesses, maybe you can do what you want and maybe you can’t. We’ll let you know after you’ve invested thousands of dollars and hundreds of hours.

Instead, La Plata County is considering an approach with more predictable contours, so folks can tell ahead of time what works where.

The gist of the public debate about the land-use code is whether it limits what people can do with their property. One perspective is, I should be able to build whatever I want, however I want, on my property.

Which is fine, as long as it doesn’t burden the rest of us to pick up the financial tab for poorly sited and poorly thought-out projects. Plopping some large new development in a location with narrow roads, far from water or sewer, means someone (you and me as county taxpayers) will later have to pay to prop up this development.

The county has limited financial resources. It needs to efficiently apply its dwindling budget to maintenance of rural roads, provide rural law enforcement and improve rural water supplies. The rural parts of the county overwhelmingly rejected a proposed tax increase in 2016 for a limited and targeted improvement of county roads, but rural voices now are complaining loudest against efforts to maximize the resources we do have.

How to deal with less money and more traffic on rural roads? One way is to encourage development where existing infrastructure can already support it. That’s one thing a modernized, sensible land-use code will do. Either that, or raise taxes to pay for building out infrastructure to support developments dropped helter-skelter across the county.

It’s head scratching that “plan” has become such a four-letter word among some county residents. Who runs their life without a plan? You think about how to live in retirement, you make a financial plan. You run a business, you make a marketing plan. You want to win the Super Bowl, you need a plan.

We’ve heard accounts of businesses frustrated by the current land-use code, where the uncertain flexibility means it’s hard to know in advance whether a location works or not. The new code provides greater certainty and streamlines the application process for businesses and landowners.

When our current land-use code was adopted in 1987, the county had 30,000 residents and rural development consisted of small residential subdivisions. With almost twice the population today, and a land base near Durango filled up with development, rural development projects are much bigger. With a shrinking budget for public services, the county needs to encourage development where it can be best supported. A rational plan sounds better than higher taxes to subsidize rural development.