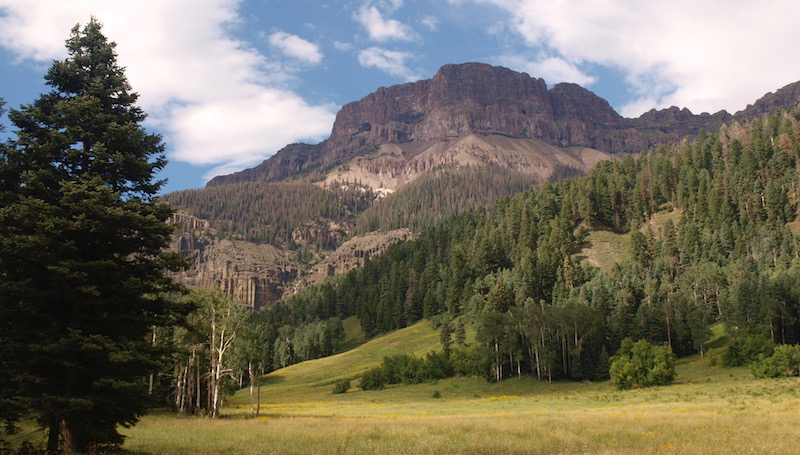 The Forest Service’s recent decision to approve using chain saws to cut out downed trees in wilderness areas might strike some as no big deal.

But for longtime advocates for the wilderness concept generally, and supporters of the Weminuche and South San Juan wilderness areas specifically, it’s a troubling precedent both for its disregard of the law and the apparent disinterest in the fundamental reason behind wilderness areas.

No one disputes the impediment to trail users caused by the many beetle-killed trees now falling across trails in great numbers throughout the two wilderness areas. Trained wilderness trail crews have diligently attacked the problem with crosscut saws and hand labor in recent years, and they expect to ramp up that effort this year and next.

Unfortunately, without any consultation of interested parties and in an apparently frantic response to complaints from a few user groups, the Forest Service’s regional office in Denver announced a surprise decision to use a loophole in the Wilderness Act to authorize widespread use of chain saws throughout the two wilderness areas as a concocted emergency.

What’s the big deal about using chain saws, one might ask? Well, the premise of the Wilderness Act is one of restraint and humility. While humanity might have the machinery and industrial might to impose its will across the entire Earth, we have collectively decided as a society to restrain those impulses in selected remote and wild places.

The Weminuche is one such revered place. The Wilderness Act bans the use of motorized equipment and machinery except in the direst of circumstances, like search and rescue. But otherwise, the Forest Service is charged with using the minimum tool necessary to accomplish its management.

In wilderness, that means trail crews using traditional woodcraft skills to cut out fallen trees with crosscut saws and axes. While some might dismiss the value of crosscut saws, that technology felled most of the mighty redwood and Douglas fir forests of the Pacific Northwest.

Forest Service managers in Denver apparently believe that chain saws might slightly accelerate clearing trails and hence contorted themselves into a rationale for a blanket waiver of the Wilderness Act. The reflexive ease with which they convinced themselves to ignore the law is unfortunate.

It’s a discouraging lack of commitment to following the plain language of the law, but even more so, a demonstrated dismissal of the fundamental purpose of wilderness – to show restraint and humility in the wildest parts of the Rockies.

Equally discouraging was the utter absence of any public outreach about such a controversial decision. This decision was made in the highest reaches of the Forest Service’s Denver office, and no effort was made to engage interested local wilderness advocates. Why wouldn’t the Forest Service have highlighted its concerns months ago and invited a well-rounded group of interests to brainstorm solutions with them?

Those solutions include more on-the-ground trail crews, like those funded through Southwest Conservation Corps, and volunteer hands, too. There’s no shortage of young folks hoping for a summer spent working hard in the woods in our wild backyard.

And volunteers absolutely love the excuse to roll up their sleeves and wear themselves out with manual labor devoted to places near and dear to their hearts. If the Forest Service had asked, rather than leaping impulsively for the heavy hand of more machinery and motors, many would have willingly raised their hands.

Our region is blessed with an abundance of skilled outdoorsman well-versed in wilderness trail maintenance – longtime wilderness rangers, volunteer trail crews and wilderness outfitters. Let’s recognize that wealth of experience and apply it in lieu of unlawful quick fixes.