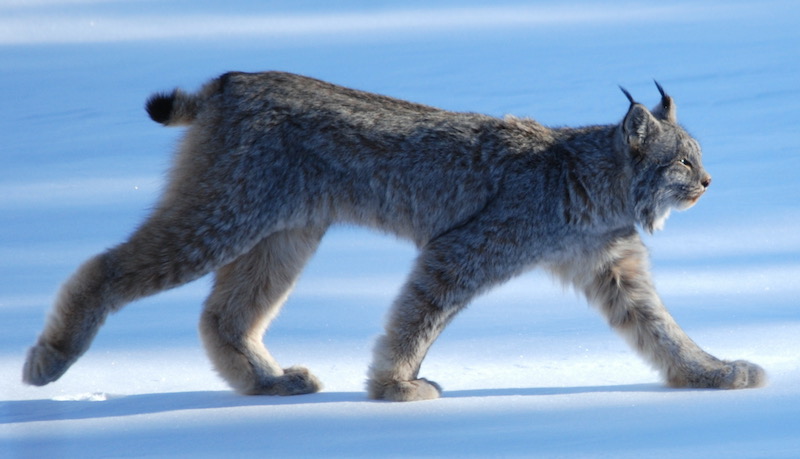 As Colorado fills up with people and our forests evolve in response to a changing climate, what happens to our renowned wildlife? Can we make space for migrating game herds and dispersing species?

With more traffic, U.S. Highway 160 and others become greater barriers to safe passage of deer and elk herds. Expanded commercial and recreational development like the Village at Wolf Creek will fragment previously intact corridors for wildlife movement. Even the type and location of needed habitats could shift dramatically.

Wildlife advocates are responding with a suite of suggested remedies. Wildlife moves across landscapes without regard to ownership, so it necessarily means both public land managers and private landowners need to cooperate, and states and federal agencies can’t limit themselves narrowly to their own separate fiefdoms.

At the federal level, New Mexico Sen. Tom Udall and others have proposed a Wildlife Corridors Conservation Act to create more tools for protecting migration routes. Our neighbors in New Mexico passed a state wildlife corridors act earlier this year. Colorado Parks and Wildlife has emphasized the need to ratchet up awareness and protection of corridors. And even former Interior Secretary Ryan Zinke issued an order to conserve big-game migration corridors and winter range.

Hence, with all of this activity agitating for increased concern and elevated action to protect wildlife corridors, the new management plan just announced by the Rio Grande National Forest is astonishingly tone deaf. Our national forest neighbors to the east finalized their long-awaited 20-year vision and ignored widespread calls for action to elevate wildlife corridors.

It’s a disappointing example of compartmentalization taken to the extreme. Immediately adjacent across the state line in New Mexico, the Carson National Forest unveiled its draft plan and highlighted extraordinary wildlife values there around San Antonio Mountain with a dedicated Wildlife Management Area.

But it’s as though an administrative wall exists at the state line. A broad consortium of sporting organizations touted the need for a matching wildlife focus on the Colorado side of the state boundary, on the Rio Grande National Forest. Groups spearheaded by National Wildlife Federation, Trout Unlimited and Backcountry Hunters and Anglers called on the Rio Grande to similarly highlight wildlife corridor protections along Cumbres Pass, to no avail.

How can we improve coordination among the many entities that control disparate aspects of wildlife corridors? Having the Interior Department and state wildlife agencies and elected officials and some national forests all calling for action to protect wildlife corridors isn’t enough if one critical player, like the Rio Grande National Forest, is missing in action.

Groups are collectively promoting a number of key wildlife corridors in the Rio Grande watershed across both states. Another corridor highlighted contains the headwaters of the Chama River, one of the Rio Grande’s most significant tributaries.

And farther north lies the most crucial wildlife corridor for lynx in the southern Rocky Mountains, the critical connection across Wolf Creek Pass and one that could be forever destroyed if the pass is converted into a city of 10,000 people.

We fortunately don’t have an actual wall at the state line, just an administrative one. We still have the time and means to guarantee corridors for successful wildlife movement across the state boundaries. But it requires coordinated action.

Over the next two months, the Rio Grande National Forest is accepting feedback on its final plan. With the combined influence of the state wildlife managers and the public, perhaps the Rio Grande can be persuaded to reconsider its approach to protecting critical wildlife corridors.

To find out more about the corridors at risk in the Rio Grande watershed, visit www.connectedcorridors.com.