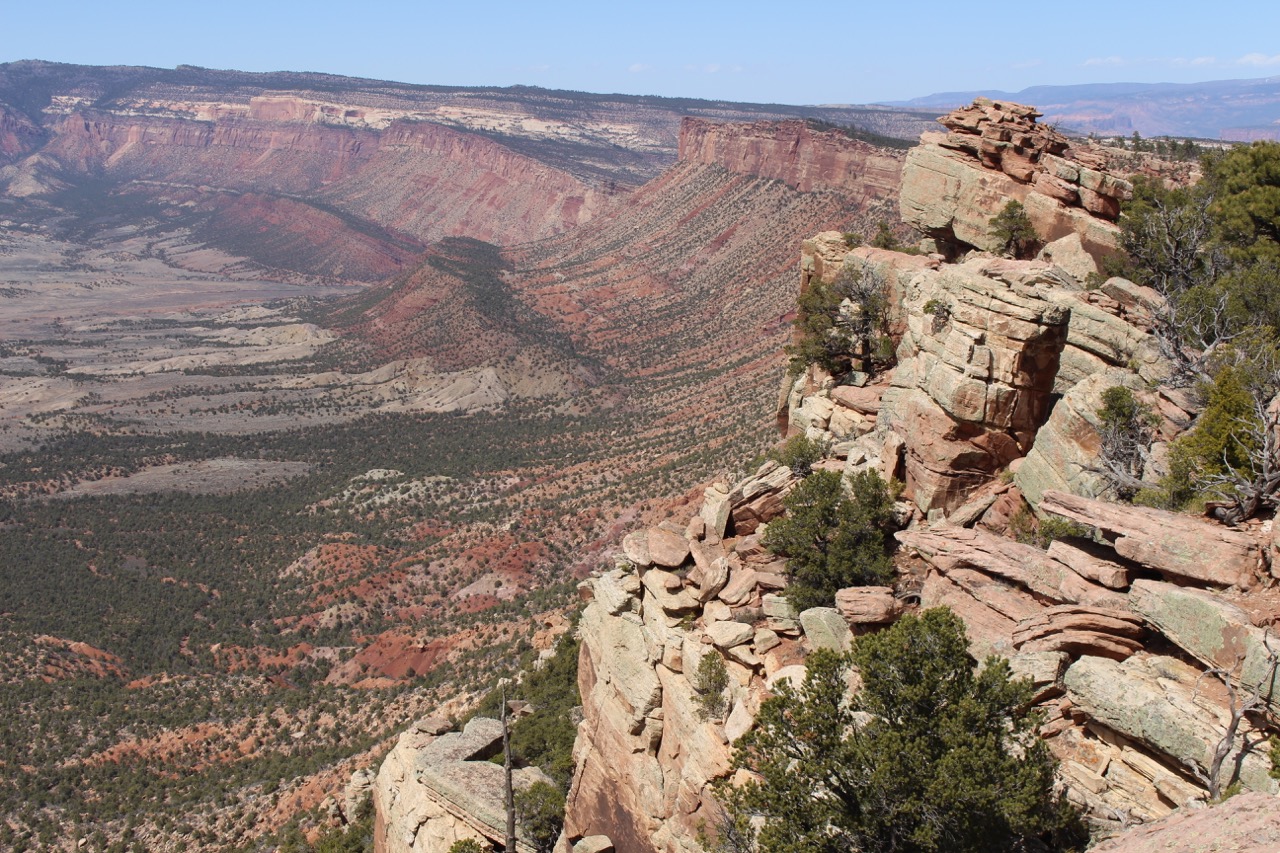 By Katie PellicoreFebruary 4, 2021No Comments

The Colorado Wilderness Act was reintroduced in Congress today! First introduced in 1999, the wilderness bill proposes protections for 660,000 acres of Colorado’s most spectacular canyon and desert wildlands, like the Dolores River Canyon. New wilderness protections are strongly supported by Western Slope Colorado voters, as indicated by a poll last year which found a 2/3 majority support wilderness legislation.

Learn more by reading our full press release below:

Durango, CO (February 4, 2021) — Conservation, recreation and wildlife groups across western Colorado welcomed the re-introduction in Congress today of legislation to enact permanent protections for some of Colorado’s most dramatic canyon wildlands. The Colorado Wilderness Act greatly expands the ecological diversity of wilderness areas in Colorado to include dramatic lower elevation canyonlands in the Arkansas and Dolores river areas, and wildlife-rich mesas and plateaus.

Maps, photos and video are available for use at www.coloradowildernessact.org

The following are quotes from stakeholders who have been working for decades to advance conservation efforts to protect Colorado’s canyonlands.

“We applaud today’s action to renew efforts to achieve permanent protections for some of the most revered canyon wildlands in Colorado, such as the renowned Dolores River canyon. The BLM first proposed these areas be protected as wilderness almost 40 years ago, and it’s time Congress acted. I’ve been intensively engaged in advocacy on behalf of these wildlands for over 30 years, and have had the great privilege of visiting a number of these areas with Rep. DeGette.” – Mark Pearson, Executive Director, San Juan Citizens Alliance

“The Colorado Wilderness Act is a bill whose passage is critical for Colorado as the state population continues to expand. Wild places in Colorado are both shrinking in number and in size. Now is the time to protect the acreage in the Colorado Wilderness Act. Two years from now may be too late. And, in addition, this bill serves as a solid reminder that ‘Conservation Is Conservative.’ ” –Steve Bonowski, Board Member, Republicans for Environmental Protection.

“Wild Connections board and members are greatly pleased to see Congresswoman Diana DeGette reintroduce the Colorado Wilderness Act. These are primarily rugged and scenic lower-to-mid-elevation areas and ecosystems that are currently underrepresented in Colorado’s wildernesses. All of the areas in the bill are most deserving of Wilderness designation. We are especially pleased that it would offer protection to the remarkable wild values found in six of the bill’s proposed wildernesses in Eastern Colorado–Beaver Creek, Grape Creek, McIntyre Hills, Table Mountain, Badger Creek, and the Browns Canyon National Monument. With ever increasing development pressure on Colorado’s wild lands, the protections afforded by the Colorado Wilderness Act become more valuable.” – John Sztukowski, Conservation Director, Wild Connections

“Protecting Colorado’s vast landscapes rich with wildlife, biodiverse ecosystems, cultural history, and endless recreational opportunities is not only an honor, but a core responsibility of the community. The old saying alludes we do this for generations to come, but in this political climate and with America’s growing demand for resources, it is imperative that we act now, for this generation and then for those to follow. Great Old Broads for Wilderness support the Colorado Wilderness Act and celebrate Rep. DeGette’s dedication to preserving untouched, wild landscapes- protecting watersheds, building climate resilient systems, and recognizing the need to protect threatened species.” – Lauren Berutich, Associate Director, Great Old Broads for Wilderness

“Colorado’s wildlands, and the many cultural and natural gifts they provide, are some of the most awe-inspiring and vulnerable places in our state, and yet face serious and growing threats from industry development, habitat fragmentation, and unprecedented, unsustainable demand. By advancing a citizen-led vision of permanently protecting many of these areas as designated wilderness, including areas near Dinosaur National Monument, Mesa Verde National Park, and Black Canyon of the Gunnison National Park, the Colorado Wilderness Act will have co-benefits for our national parks, local economies and the future of our public lands.” – Tracy Coppola, Colorado Program Manager, National Parks Conservation Association

“Increased conservation for Colorado’s 8.3 million acres of BLM administered public lands is critically important for wildlife, recreation, and combating climate change; currently only about 8% has been permanently protected. The Colorado Wilderness Act would permanently conserve close to 700,000 acres of some of Colorado’s most spectacular public lands, such as the Dolores River canyons, the Book Cliffs, and Redcloud Peak. We look forward to working with Rep. DeGette and the other members of Colorado’s congressional delegation to make sure that BLM land conservation is a centerpiece of President Biden’s national goal to protect 30 percent of U.S. lands and waters by 2030.” – Scott Braden, Director, Colorado Wildlands Project