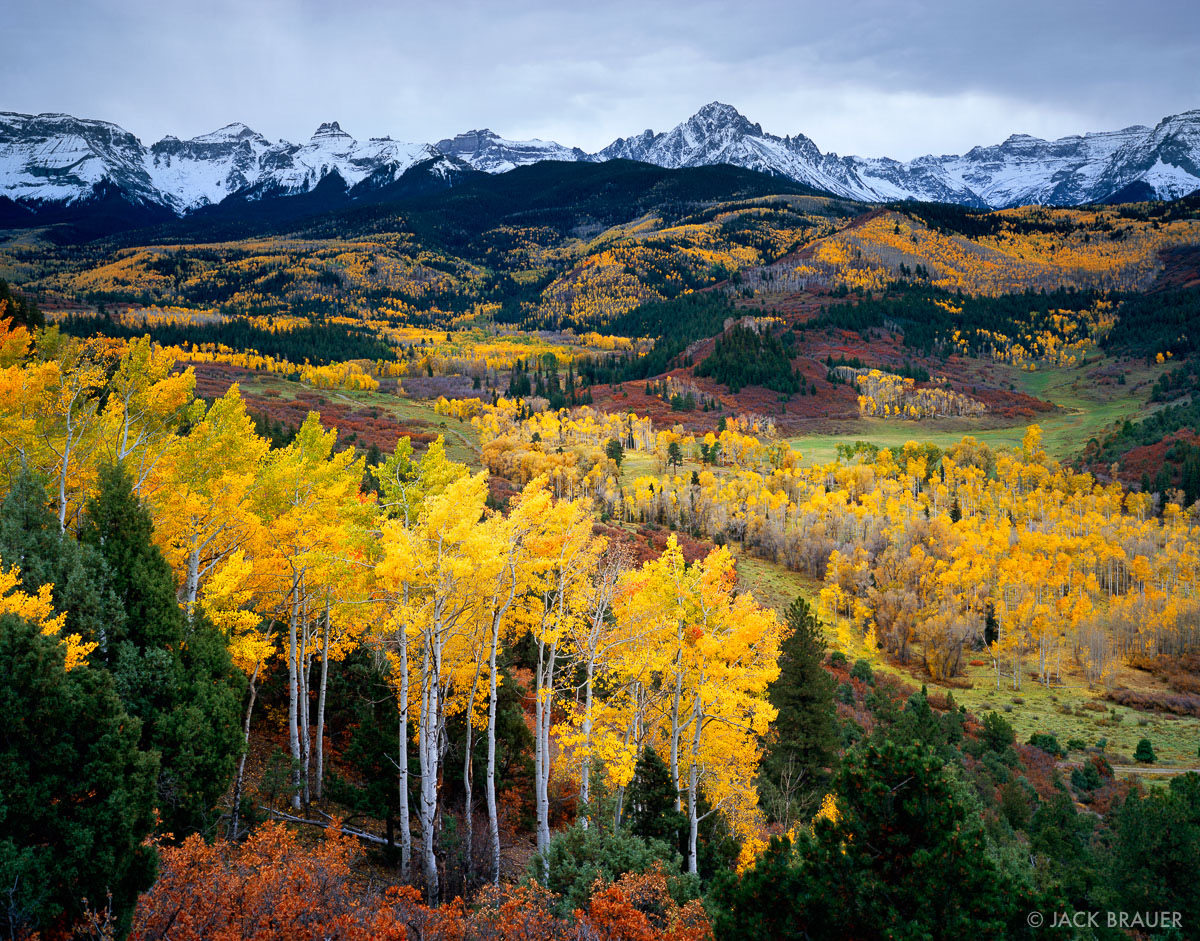 Senator Bennet and Representative Neguse are breathiing new life into the decade-long campaign to permanently protect iconic, yet vulnerable, alpine landscapes in the San Juan Mountains. Next week, they’re introducing a new bill, the Colorado Outdoor Recreation & Economy (CORE) Act, which rolls four Colorado lands protection bills into one. The San Juan Mountains Wilderness Act, which we’ve been working on for many years, is among them!

We’re going to need your help again in order to get this one superbill over the finish line. Senator Gardner and Representative Tipton still need to know how deeply Coloradans support these public lands protections. We’ll be asking you to call and write and ask your friends to call and write. Again and again. Because perseverance is how we get it done. We’ve been working on it for over 10 years. It is widely supported. Now is not the time to give up. Let’s do this.

Ask Senator Gardner and Representative Tipton to co-sponsor the bill.

Below is a joint statement by many of the various organizations (including us!) supporting the CORE Act.

This public lands package combines several popular proposals into a single bill that will protect wild places across the state, including:

“Over the past 10 years, a wide diversity of constituents has hammered out compromise agreements to ensure the future of treasured iconic Colorado landscapes in the San Juan Mountains. We and other local proponents are tremendously appreciative that Senator Bennet has responded to the call from recreationists, businesses, landowners and local elected officials in Ouray, San Juan and San Miguel counties by sponsoring Colorado Outdoor Recreation and Economy Act.”
– Jimbo Buickerood, Lands and Forest Protection Program Manager, San Juan Citizens Alliance

“Coloradans love our lands and this is a once-in-a-generation opportunity that Senator Bennet and Representative Neguse have put together— protecting some of Colorado’s most popular, iconic and historic public lands in a way that is widely supported by locals. We urge the entire Colorado delegation to listen to Coloradans and pass the CORE Act in this Congress.”
– Kelly Nordini, Executive Director, Conservation Colorado

“The CORE Act continues a proud Colorado tradition of protecting our wild lands, clean water and outdoor recreation opportunities for future generations. This legislation would protect some of the best that Colorado’s public lands have to offer, including pristine watersheds and key wildlife habitat along the Continental Divide, three popular fourteeners, and the rugged mountains and ranching heritage of the Thompson Divide. The CORE Act has something for everyone and all Coloradans stand to benefit. We are thankful for the leadership from Senator Bennet and Representative Neguse in writing the next chapter of Colorado’s proud history of supporting wilderness and public lands.”
– Jim Ramey, Colorado State Director, The Wilderness Society

“We are grateful for Senator Bennet’s ongoing work to protect public lands in Colorado, and that Representative Neguse is championing these important issues as well. Both of them understand how important these lands are to residents of Colorado and our way of life — as well as people throughout the country who utilize and cherish these public lands.
– Will Roush, Executive Director, Wilderness Workshop

“The Colorado Mountain Club is pleased to see the CORE Act protect some of the most iconic landscapes in our state. This legislation protects an array of recreation opportunities — backcountry skiing in the Ten Mile Range, climbing and mountaineering in the San Juans, mountain biking in Summit County, and hiking and camping along the Gunnison River –- and these designations will ensure that Colorado’s unique outdoor experiences are preserved for future generations.”
– Julie Mach, Conservation Director, Colorado Mountain Club

“Considering how long and hard so many people have worked on protections for the San Juan Mountains and the expansion of the Sneffels Wilderness Area itself, it’s rewarding to see Senator Bennet honoring local community’s wishes in introducing the Colorado Outdoor Recreation and Economy Act. This reflects the consensus reached by citizens, stakeholders, and local elected officials.”
– Jim Stephenson, Public Lands Chair, Ridgway-Ouray Community Council

“We thank Senator Bennet for his strong leadership in introducing the CORE Act in Congress. In our area, the lands included for permanent protection include all those in the previously introduced San Juan Mountains Wilderness Bill. In the decade since the bill was first introduced, its boundaries and delineations have been refined to ensure that existing uses are still allowed, while critical areas are protected.”
– Lexi Tuddenham, Executive Director, Sheep Mountain Alliance

“Colorado hunters, anglers and recreationists have long understood the need to proactively conserve those intact tracts of wildlife habitat and fisheries that sustain our longstanding outdoor traditions. We appreciate Senator Bennet’s continued leadership to advance legislation in Colorado’s central and southern mountains that would help maintain the opportunities to experience the unique sense of solitude and challenge that our wild public lands and waters provide. We standby ready to help move this legislation forward.”
– Tim Brass, State Policy and Field Operations Director, Backcountry Hunters and Anglers