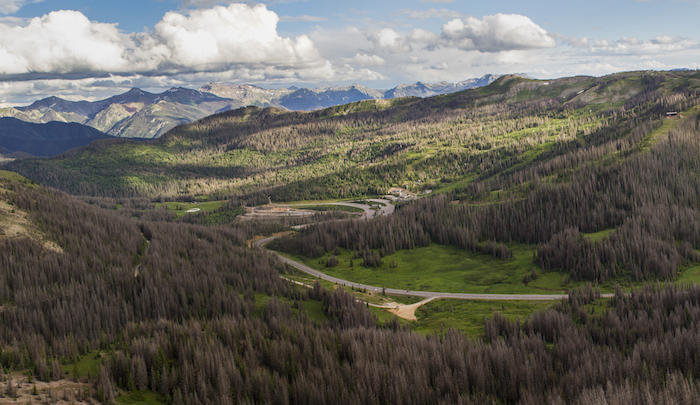 Wow, we weren’t really expecting this.

We’ve been fighting the proposed Village at Wolf Creek for well over a decade now. As you likely know, in order to develop the 8,000-person city atop Wolf Creek Pass, the developers needed highway access. In 2015, the Forest Service approved a land exchange that provided just that, but in doing so failed to assess the massive environmental impacts the development would have on the critical high alpine wildlife corridor. So we sued.

And last year a senior judge agreed, nullifying the land exchange. We celebrated (with many of you!), but knew we were likely going to have to defend our win against an appeal.

But, surprise! The federal government chose not to appeal the decision after all! They will not be defending their decision to approve the land exchange. And that is exceptionally good news for the lynx and all of us who care about wildlife and wild places.

You can see our fill joint press release below. As always, we’ll keep you posted on what transpires next.

Denver, CO – The United States Forest Service and Fish and Wildlife Service has declined to appeal an Order issued last May by Senior Judge Richard P. Matsch setting aside decisions approving a land exchange that would provide necessary road access for the long-sought Village at Wolf Creek development. The agency failed to file the required appeal brief by the May 9th deadline despite having originally notified the court last November of its intent to appeal.

Conservation groups were thrilled to hear that the decision to set aside the land exchange isn’t being appealed by the Forest Service and other federal agencies. “We believe this decision by the Forest Service marks the end of this litigation process,” said Matthew Sandler, Staff Attorney forRocky Mountain Wild, “Our hope is that the developer also sees it this way.”

“This is welcome news for everyone who loves and appreciates Wolf Creek Pass in its current condition,” said Jimbo Buickerood, lands program manager at San Juan Citizens Alliance. “The Village at Wolf Creek has always been the wrong project in the wrong location.”

The development, envisioned to accommodate 8,000 people atop Wolf Creek Pass, has been decades-long controversy. The pass is not only a critical wildlife corridor, linking the Weminuche and South San Juan Wilderness areas, but is habitat for the threatened Canada lynx and supports rare fen wetlands.

“This is great news for the wilds of Colorado and for us lovers of the wild. Lynx can breath a sigh relief,” said Sloan Shoemaker, Wilderness Workshop’s executive director.