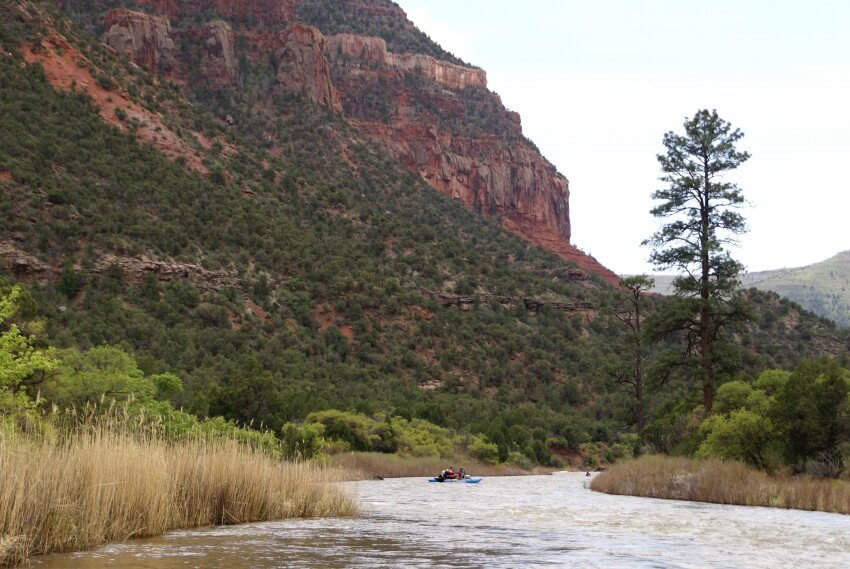 After providing feedback to the agencies on numerous management questions, the Group decided to discuss the BLM/USFS finding of “Suitability” for the Lower Dolores under the Wild and Scenic River Act. Many stakeholders had concerns about Suitability and potential designation while others supported it. After a great deal of discussion, the Working Group reached consensus to pursue a long-term legislative solution other than Wild and Scenic. In Mach of 2010 the Group appointed a divers 10-member Legislative Subcommittee to spearhead the development of a National Conservation Area Proposal for the Lower Dolores River Corridor between the base of McPhee Dam and the town of Bedrock.

Similar to our efforts in protecting the Hermosa Creek Watershed, we have been working diligently with other stakeholders to find a collaborative solution that works for everyone. The Lower Dolores is particularly complicated by the combination of the Bureau of Reclamation’s Dolores Project and associated water rights for agriculture and municipal uses, the needs of the native fish, recreational boating and other competing uses.

What does all this complication mean? For one thing, it means the process is taking a long time. This has frustrated some, but I believe the time has been one of the necessary ingredients to understanding all of the intricacies and finding solutions.

A few weeks ago Montezuma County took a vote to oppose the National Conservation Area legislation that is still in development. This action came as a surprise to many of us who have been working on this effort for years. The draft legislation has not been circulated yet, though the Legislative Subcommittee is pushing hard to have it ready soon.

With the release of legislative language just around the corner and a community discussion to ensue, a vote in opposition feels premature. We have continued to work with other stakeholders to move forward with the proposal. What would we say to those that have concerns about the proposed draft legislation? Let the process play out! Consider the actual legislative language and engage in community dialogue before making a decision.

If our collaborative community process dies an untimely death, a “solution” for the Lower Dolores will likely be imposed on local communities from the outside, and chances are that many stakeholders will not find satisfaction with the outcome. We believe in collaborative community based solutions and will continue to work hard to make this one a reality.