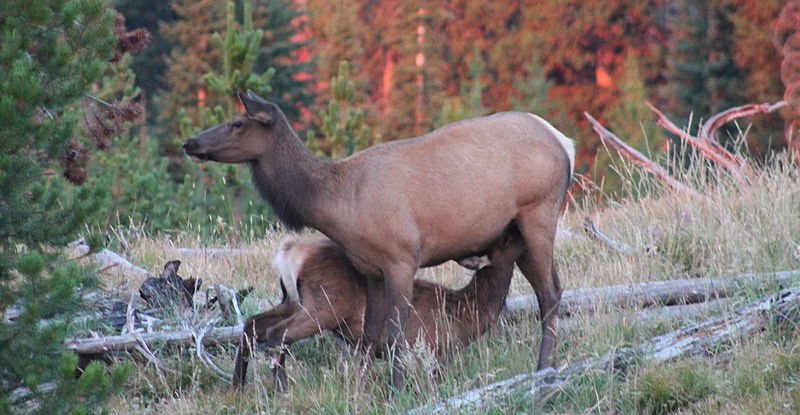 Protecting Wildlife and Quiet Use on San Juan National Forest

By Erika BrownNovember 15, 2018No Comments

We’ve been advocating for wildlife, quiet use and watershed protections within the Rico West Dolores Travel Management Plan for a decade. Many of you have joined us in demanding that the region be managed for the those purposes as well. The resulting plan did some things well, though we were incredibly disappointed that the seasonal motor use dates were greatly expanded, contradicting what we know about protecting elk mating and reproduction and spring water quality.

And it turns out we weren’t at all alone. A coalition of us have joined together to challenge the decision. At the same time we’re defending the Forest Service’s move reign in motorized use. We’ll keep you posted on how this unfolds. Full press release below.

Rico West Dolores Travel Plan is improvement, but seasonal use will threaten wildlife, upset use balance

Rico, CO—Today a coalition of groups filed a petition challenging seasonal dates for motorized single-track trail use that would harm elk and other wildlife as well as quiet use on a section of the San Juan National Forest. At the same time, the groups filed a motion to defend the U.S. Forest Service’s decision to eliminate uncontrolled cross-country motorized use on more than 250,000 acres of the Rico-West Dolores landscape against a lawsuit filed by off-road motorcycle groups.

The Rico-West Dolores Travel Plan designates 199 miles of roads and 103 miles of trails for public motorized use, eliminates cross-country motorized travel consistent with a 2005 Forest Service travel management rule, and sets seasonal motorized use dates. Although it originally proposed and repeatedly endorsed authorizing motorized single-track trail use from July 1 until Sept. 8, in its final decision the Forest Service expanded the seasonal dates to allow motorized single-track trail use from June 1 through October 30 each year. The expanded seasonal dates fail to protect elk calving and water quality in spring months, and elk rut and mating as well as hunter opportunities in the fall.

“Within the 2013 forest management plan the San Juan National Forest made commitments to protecting wildlife and their habitat including elk in the Dolores River watershed,” said Jimbo Buickerood, Lands and Forest Protection Program Manager at San Juan Citizens Alliance. “Citizens of southwest Colorado invested more than ten years in providing input into the plan and legitimately they now expect the plan to be implemented accurately, nothing less.”

“The decision to allow motorized single-track trail use from June 1 to October 30 is a radical departure from all previous Forest Service proposals that is not justified by the Environmental Impact Statement. These motorcycle use dates do not adequately protect wildlife and wildlife habitat, and they seriously disturb the hunting experience for thousands of hunters during the fall big-game hunting seasons,” said Robert Marion, local hunter, angler, hiker, outdoor enthusiast, and member of several of the organizations.

“Scientific studies establish that motorized travel can displace elk over half a mile, so a fifty-mile dirt-bike loop effectively sterilizes over 100 square miles of elk habitat,” said Steve Johnson, Attorney for Dunton Hot Springs, Inc. “We want to defend improved quiet use opportunities for hikers and horseback riders who have been displaced by dirt-bikers and their trail damage over the past few decades.”

“Long-term sustainable use of our wildlands necessitates working within the ecological parameters we see on the landscape,” said Lexi Tuddenham of Sheep Mountain Alliance. “This means that we need to adhere to seasonal closure dates that will adequately protect the integrity of trails, water quality, and elk herds, and limit negative impacts where we can.”

“Closing trails to motorized travel during June and after September 8th will not only protect wildlife but will also protect damage to trails due to snow in the late spring and early fall,” said Cindy Farny, owner of the High Camp Hut. “Many trails have become rutted due to too much moisture and use, causing an undue burden to the Forest Service having to maintain them.”

“It is clear the community values the Rico-West Dolores area for its wild landscapes, jagged peaks, wildlife, and quiet recreation, and would like to see the Forest Service manage the land to reflect those values,” said Marla Fox, Rewilding Attorney at WildEarth Guardians. “As the Trump Administration ramps up its attack on public lands and bedrock environmental laws, protecting the remaining wildest places is even more important.”

“The Forest Service made the right call for the health of wildlife like elk by ending uncontrolled motorized use across the entire Rico-West Dolores landscape,” said John Mellgren with the Western Environmental Law Center. “But allowing motorized use on trails during critical times of year for elk adds an unnecessary stressor on this iconic, but imperiled, elk herd.” 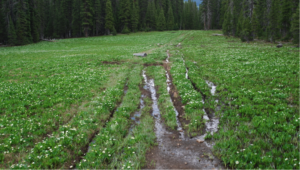