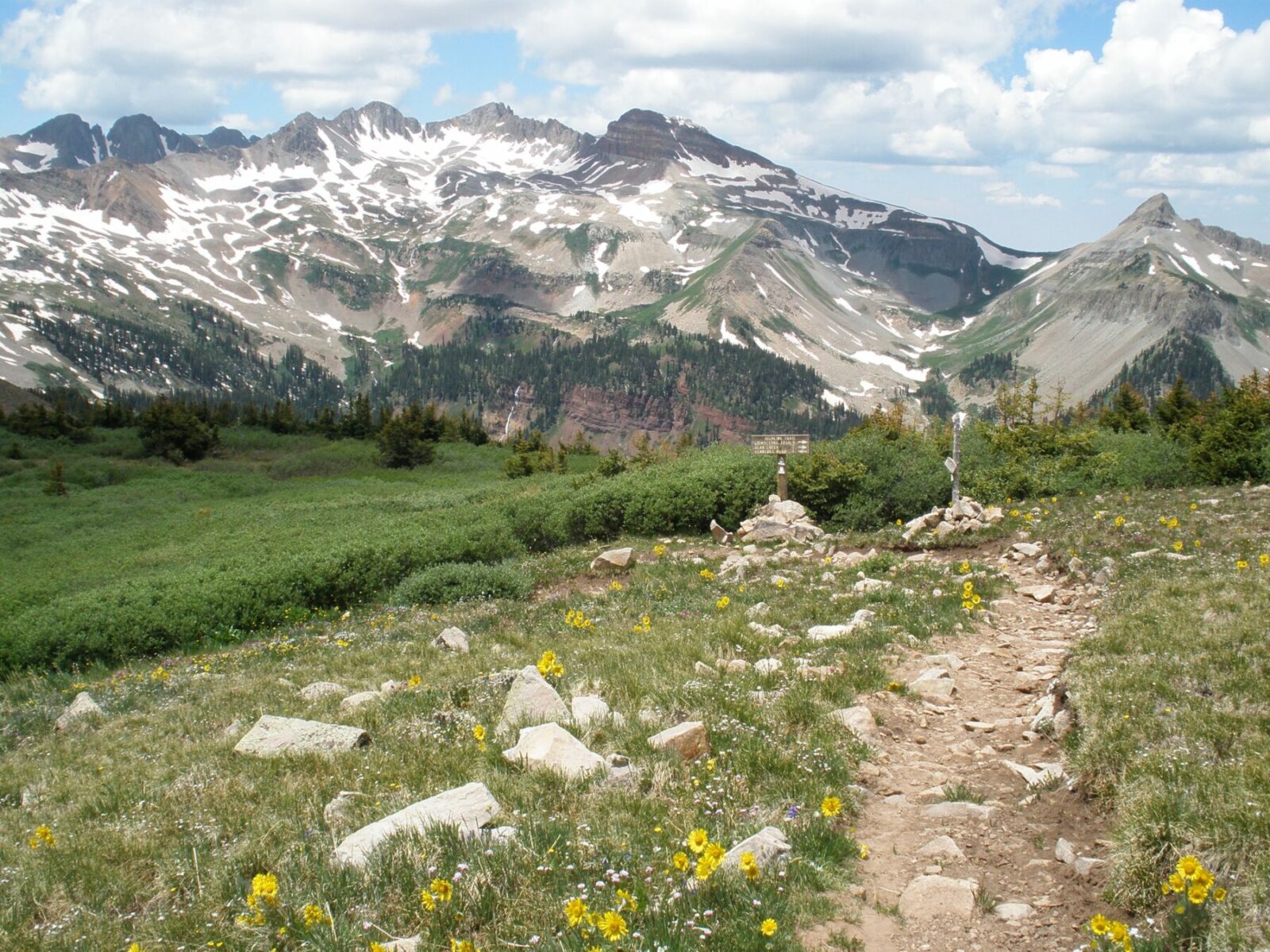 President Biden’s new administration brings forth the opportunity to pivot management of public lands and waters from enhancing extraction to instead promoting protection. Biden’s newly confirmed Secretary of the Interior, Deb Haaland, promises a refreshing perspective both as our nation’s first Indigenous Interior Secretary and a champion of conservation.

The need to bump up the pace and scale of protecting our lands and waters has been framed by the international “30 x 30” initiative, which aims to protect 30% of our planetary lands and 30% of our oceans by the year 2030. It’s a goal that has received the early endorsement of President Biden’s Administration.

Across the San Juan Basin, we have a key role to play in achieving this goal. In fact, major initiatives are already underway, including the Colorado Wilderness Act and the CORE Act. Combined, the two acts offer protections for 1 million acres across Colorado, though that amounts to just a bit more than 1.5% of the state’s land base.

Though most of us in the American West know that our public lands are foundational to our everyday lives, we may not be aware of just how important they are. A consideration of the diversity of their benefits can serve as a catalyst to highlight the need to increase the tempo of our land protection advocacy.

Our forested watersheds cleanse and store a phenomenal amount of water, shelter and feed wildlife, provide migration corridors, furnish critical habitat for pollinators, sequester massive amounts of carbon, cycle nutrients, nurture biodiversity with their intricate web of ecosystems, provide flood and sediment control, serve as a repository for native species, and bring beauty to our lives. And yes, they do also provide recreational destinations, lumber, grazing forage, firewood and more. However, if these lands are not ecologically functional then those latter elements might not be forthcoming either.

The desired outcome of 30 x 30 is to protect lands and waters to enable their healthy ecological function. That entails not only legislated protections, such as new wilderness designations and wild rivers, but also bolstering our foundational environmental laws, such as the Clean Water Act and National Environmental Policy Act. 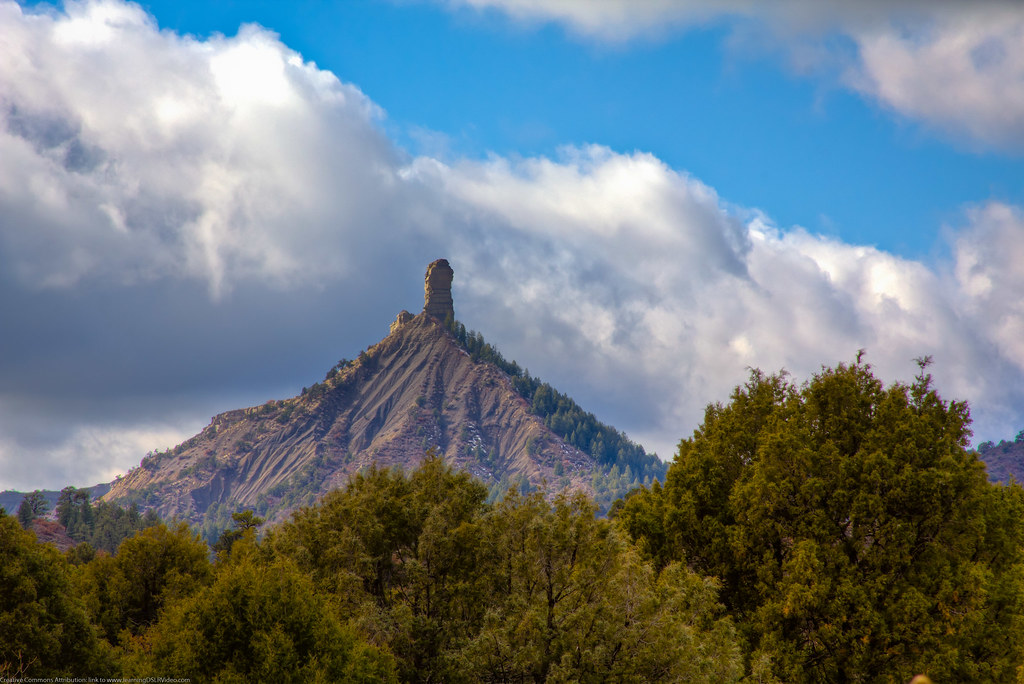 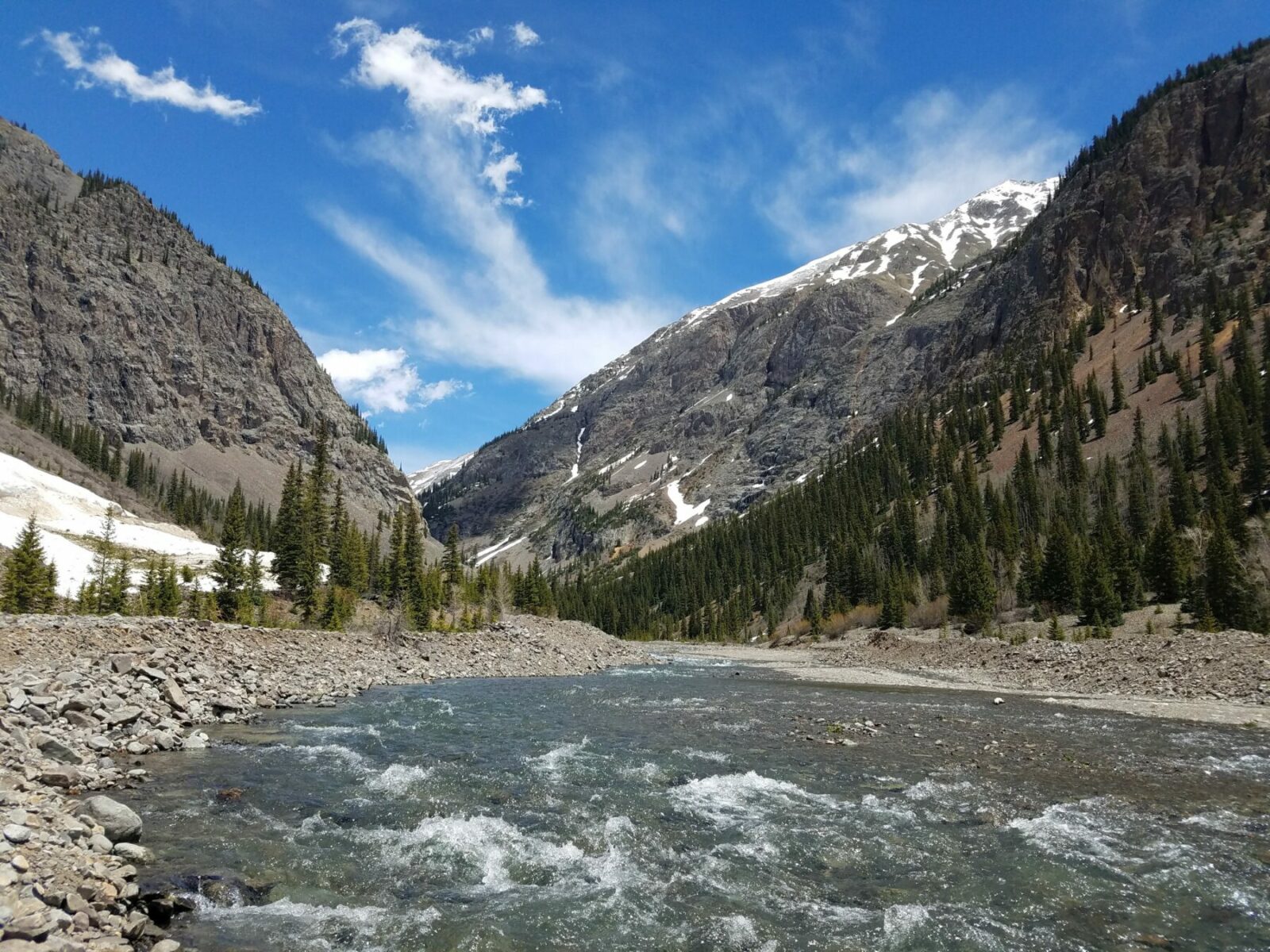 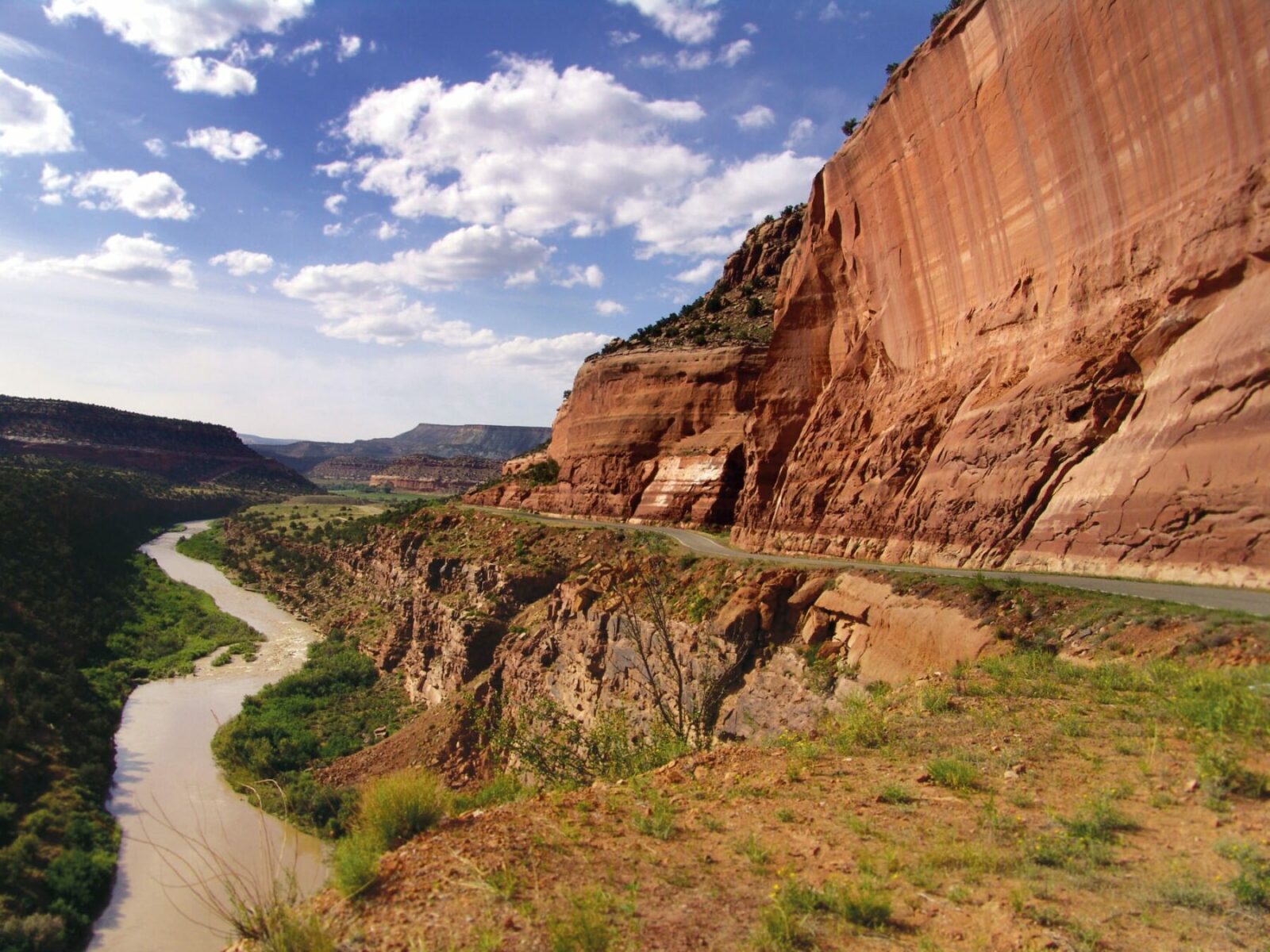 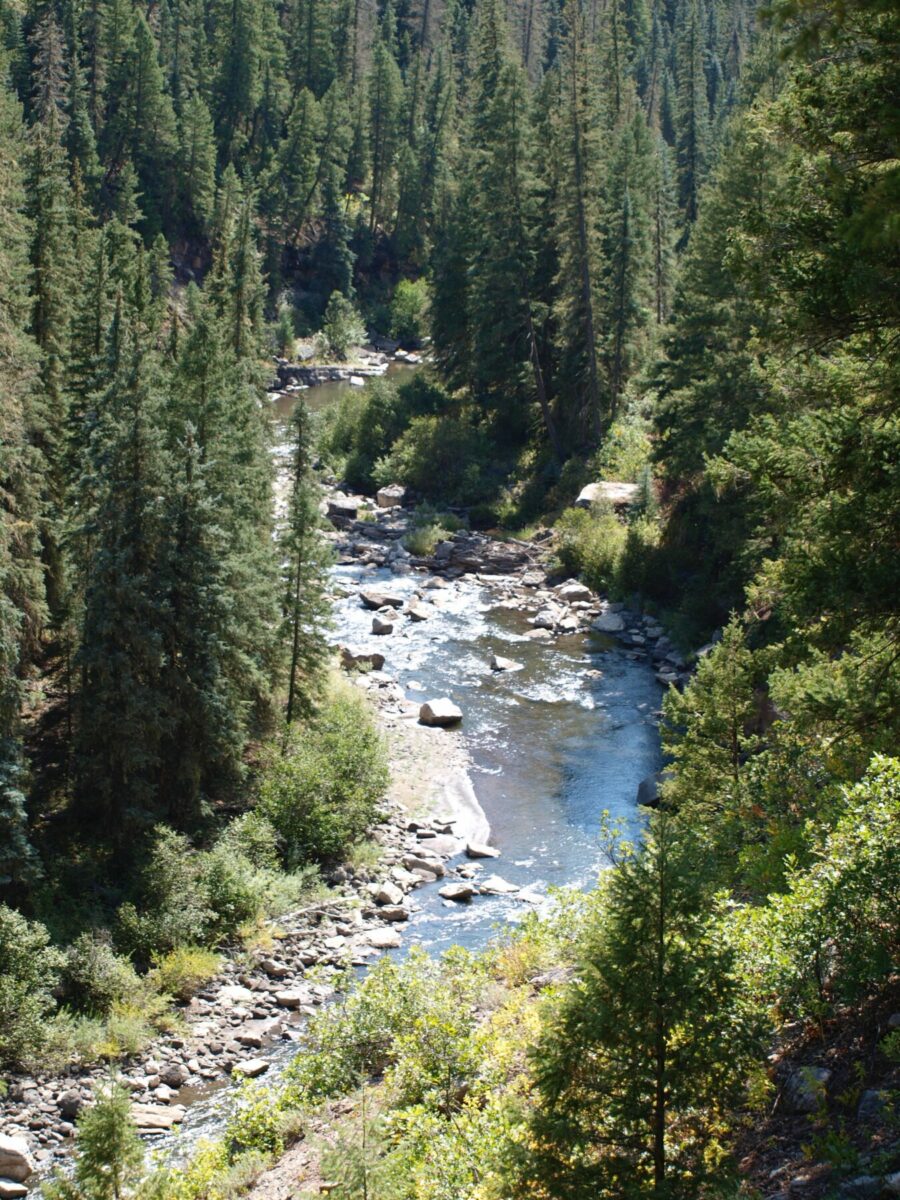 Just a few of the places SJCA is working to protect that would contribute to the 30 x 30 goal. From top: Chimney Rock National Monument, the Animas River near Silverton, the Dolores River Canyon, the Piedra River.

SJCA’s long-term vision for wildlands protections across the San Juan Basin was initially spelled out in the 1990s, with our Citizens Plan for the Wild San Juans. That effort pre-dates the current 30 x 30 conversation, but we can build on it to identify key opportunities to advance large-scale conservation.

The CORE Act and the Colorado Wilderness Act incorporate protections for places like the Mineral Creek headwaters around Ice Lake and arid canyons and ridges nearby Mancos and Cortez. Collectively they bring permanent legislated protection to over 200,000 acres across Southwest Colorado. Other possibilities abound throughout our region.

Securing the future of the Dolores River canyon via a National Conservation Area designation and safeguarding Chaco Culture National Historical Park from encroaching energy development similarly fit the bill. And stitching together the protected landscapes via wildlife movement linkages and riparian corridors is central to achieving these goals.

Designations on their own are inadequate without corresponding rules to keep land and water ecologically intact. As an example, consider the Animas River. The Animas faces a variety of ecological challenges: it is fishless between Silverton and Bakers Bridge, it suffers from high levels of E. coli in its lowest reaches into New Mexico, and in its ever more common low flow state the river is sometimes congested with algae blooms due to high temperature and nutrient content.

Taking a whole watershed approach to implementing the 30 x 30 concept could entail several protective measures that would benefit the river. Legislating a Wild and Scenic River designation would be helpful insofar as protecting the Animas from dams, dewatering, channel modification, and other forms of degradation that could diminish flows and exacerbate water quality challenges as noted above.

However, we will only be successful in reaching our 30 x 30 goal if we also address the causes or sources of the ecological dysfunction itself. For the Animas, that means protecting headwaters from future mining-associated water pollution while also eliminating leaking septic systems and other impacts lower in the watershed.

The 30 x 30 concept offers a new format for implementing the long-range vision for wildlands and wild rivers protection SJCA has advocated over the past 30 years. It provides new urgency, and hopefully leads to new protections.