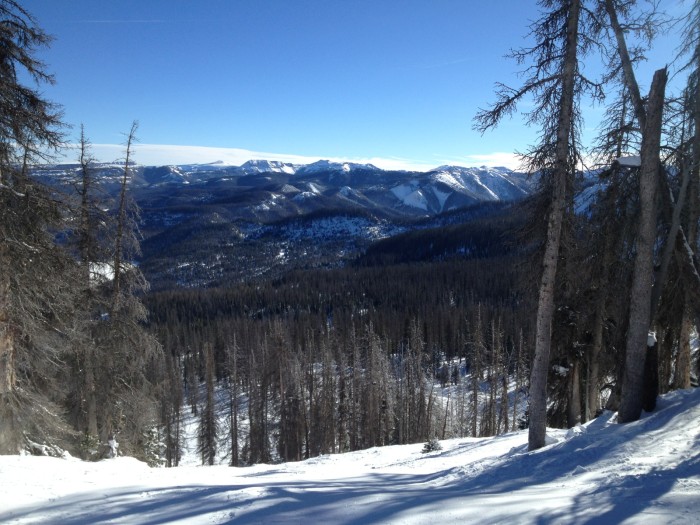 Our attorney’s dug through the “Wolf Creek Files” and what they found confirmed our worst fears: The National Forest Service was in collusion with developer Red “B.J.” McCombs, again.

Emails show the agency concealed and destroyed information about the “Village at Wolf Creek” development’s environmental analysis, and allowed McCombs to illegally interfere with the process. District Ranger Tom Malechek wrote in one email, “Make sure you burn this once read!”

This intentional lack of transparency from a public agency is unacceptable. We will keep fighting for a fair, lawful, and transparent analysis of the environmental impacts of development on Wolf Creek Pass.

Advocacy groups push for release of records from senior officials

DURANGO, CO – After waiting a year and a half for documents relating to a 2015 Forest Service decision that will enable development of the controversial “Village at Wolf Creek,” the Friends of Wolf Creek coalition has discovered evidence that the Forest Service has been concealing and destroying records and being improperly influenced by the would-be developer, Texas billionaire Red McCombs.

The Freedom of Information Act (FOIA) is designed to give the public access to documentation such as emails, reports, and phone records associated with the decisions officials make on the public’s behalf. When the Forest Service failed to comply with two FOIA requests in 2014, coalition member Rocky Mountain Wild took the issue to court to gain access to the documents.

Examination of the 69,701 pages released to date is beginning to finally shed light on the unlawful practices that resulted in the Forest Service approving a critical land exchange with the developer.

The Forest Service actively concealed and destroyed public information. Forest Service communications confirm that employees intentionally destroyed and concealed documents from FOIA requests. Practices included deleting emails, sending a document “hardcopy so it would not be subject to FOIA,” and cc’ing attorneys so that documents would “remain attorney-client privilege and not subject to FOIA.”

The following quote from one of District Ranger Tom Malecek’s emails provides rare insight into the Forest Service’s practice of shielding documents from public scrutiny: “Dan [Dallas’] main concern wasn’t the letter, but the emails around the letter that might be a little damaging in the event that they are not all deleted in case we get a foia …. Remember we are swimming with sharks and need to keep emails from even the remote appearance of whatever, so make sure you burn this email once read!” (Emphasis supplied).

Documents confirm Red McCombs directly pressured Forest Service staff and was allowed to influence analysis. Emails confirm that McCombs, his staff, and his attorneys regularly phoned Forest Service officials about the project. In several emails McCombs is quoted making threats to agency employees that he would “begin making calls to his friends in Washington” and “use every political avenue open to him.”

The Forest Service is still refusing to comply with the Freedom of Information Act. It took two FOIA lawsuits for the Friends of Wolf Creek to gain access to more documents about the Forest Service’s approval process. Many agency records are still being withheld. So far, the Forest Service has not released records of communications from the USDA Undersecretary of Natural Resources and Environment, Chief of the Forest Service, and other high level Forest Service officials that, based on current review, influenced the approval.

“It’s disappointing to see that our fears have been confirmed and the Forest Service is in fact destroying documents and sanitizing the record in this case,” says Matt Sandler, attorney with Rocky Mountain Wild. “It took litigation to confirm the heavy involvement of the Washington D.C. and Denver Offices. If documents from the higher levels of the Forest Service still exist, and we are able to obtain them, we will get a clearer picture of why the Forest Service chose the interests of a developer over the public interest.”

In 2008, due in part to collusion, the Forest Service withdrew its environmental analysis approving developer access to the site at Wolf Creek Pass. At that time, the Forest Service was forced to start the process over, promising a fully transparent process. The documents reviewed to date about this new process demonstrate that the agency is still unwilling to provide transparent and lawful analysis.

“What’s worse,” says Travis Stills, attorney with Energy & Conservation Law, “A similar cast of Forest Service officials and project proponents to the one involved in the 2006 analysis are concealing and destroying records in this round. After reading emails describing phone calls with the developer and promoting document destruction, it comes as no surprise that the Forest Service and Red McCombs failed to deliver on the promise of a full and transparent analysis made in the 2008 settlement.”

The analysis and approval in question would enable Texas billionaire Red McCombs to construct his 8,000-person “Village at Wolf Creek” development at the base of the Wolf Creek Ski Area. The Friends of Wolf Creek have fought the development since 1986 on the grounds that the proposal threatens the environment and local communities. The Friends of Wolf Creek coalition (Rocky Mountain Wild, San Luis Valley Ecosystem Council, San Juan Citizens Alliance and outside legal counsel Energy and Conservation Law) are in litigation over this unlawful environmental analysis and have reached an agreement with developers that no construction will occur on Wolf Creek Pass until a decision is reached in court.

“Government transparency is the cornerstone of democracy,” say Dan Olson, Executive Director of the San Juan Citizens Alliance. “Without it we have no power over the government that supposedly acts on our behalf. The Alliance and our partners refuse to settle for anything less than complete transparency. The public deserves it, and so does Wolf Creek.”