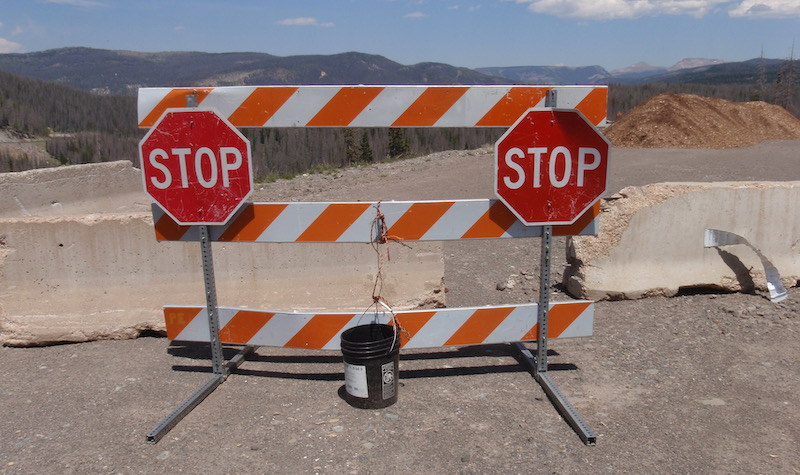 Clean off those ‘No Pillage’ bumperstickers*, because here we go again.

If you’ve lived in the area for long, you know the Village has a decades-long history. The short story is that a billionaire from Texas has long wanted to develop an 8,000 person city at over 10,000 feet atop Wolf Creek Pass, smack in the middle of a critical wildlife corridor straddling two wilderness areas. The development would be devastating not only to the threatened Canada lynx, but also damaging to the rare fen wetlands and headwaters of the Rio Grande. Locals are distraught by the prospect of losing the incredible backcountry opportunities to yet another uppity ski development. The arguments go on and on. You can get more details here.

Over the 30+ years since this development was first proposed, courts have successfully blocked many attempts to skirt public input and a robust environmental analysis. In 2017, a federal court found the most recent Environmental Impact Statement to be unlawfully deficient and nullified the land exchange that would have provided necessary access for the development. In February of this year, the Forest Service used the same analysis to green light road access to the development.

Needless to say we found this unacceptable. So, along with our longtime partners, we’re filing suit again. We’re confident the court will come to the same conclusion it did just two years ago.

Check out our full press release on this court challenge below.

* Need a fresh sticker? We’ve got big ones and cute little round ones at our office. Swing by our office in the Smiley Building and pick one (or 5) up for your car, scooter, water bottle, hover board…

Denver, CO – Conservation groups filed a lawsuit today seeking to invalidate the Rio Grande National Forest’s approval of the massive Village at Wolf Creek development by providing expanded access across National Forest System lands to a private parcel created by a controversial 1980s land exchange. The recent Forest Service decision was based on the same environmental analysis a federal court deemed “an artful dodge” and decidedly ruled was arbitrary, capricious, and contrary to law in 2017.

Texas billionaire Red McCombs has been trying to develop the Village at Wolf Creek, now envisioned as an 8,000-person development, atop Wolf Creek Pass for over 30 years. At over 10,000 feet in elevation, the pass serves as a critical wildlife corridor and is home to rare fen wetlands at the headwaters of the Rio Grande. The development would particularly harm the threatened Canada lynx. Courts have repeatedly blocked attempts to fast track approvals and skimp on environmental analysis and public input.

A Colorado federal district court set aside the Forest Service’s approval of a land exchange to facilitate the development in May 2017. “What NEPA (National Environmental Policy Act) requires is that before taking any major action a federal agency must stop and take a careful look to determine the environmental impacts of that decision, and listen to the public before taking action. The Forest Service failed to do that,” the decision stated. This latest Forest Service action aims to facilitate the same development, based on the same analysis deemed in violation of multiple federal laws.

Travis Stills, attorney with Energy and Conservancy Law, who has represented the groups in several rounds of successful litigation, said, “This decision flagrantly violates federal laws and the developer’s own agreement to subject any access request to federal scrutiny.  We are disappointed the Forest Service will not honor the binding settlement agreement and federal court orders.”

Not only is the Forest Service pushing ahead in violation of legal decisions, it is shutting out the public. The agency only allowed individuals or organizations that commented on this project in 2012 to participate in the 2018 process. This administrative restriction has chilled the decision-making process and left many concerned citizens voiceless.

“The American public expressed strong opposition to this development proposal, recognizing that it was a bad idea, in the wrong place, at a perilous time,” said Christine Canaly of the San Luis Valley Ecosystem Council. “It would severely damage the headwaters of the Upper Rio Grande, which is already expected to buffer the burdensome impacts of climate change. This is a special core area of the southern rockies that is essential for Canada lynx survival and this habitat area deserves long term protection for future generations.”