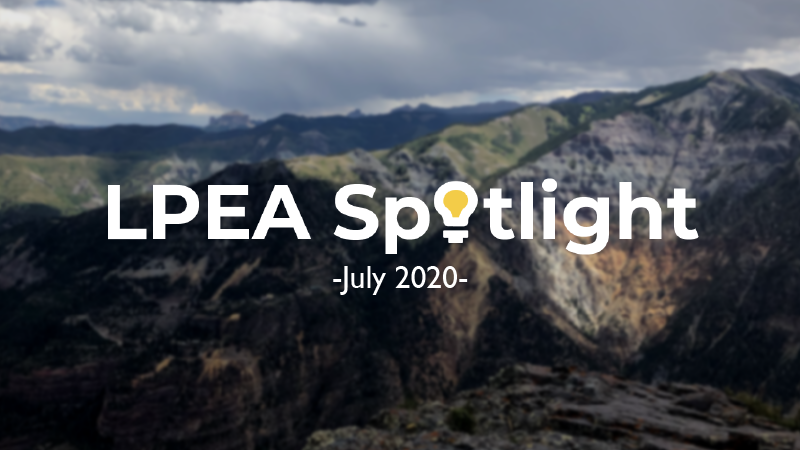 The big news in July was that the Colorado Public Utilities Commission (PUC) released its recommended decision on LPEA and United Power’s complaints. Both LPEA and United Power  filed claims at the PUC contending that Tri-State refusal to provide an exit charge was unjust, unreasonable, and discriminatory.

The Administrative Law Judge (ALJ) assigned to the case agreed.

This is a huge decision, one that has implications not only for LPEA but also for all the co-ops in the Tri-State network. Read on to learn more about the decision and what it means for electric cooperatives navigating the rapidly changing energy industry:

Back in 2019, LPEA first asked Tri-State for an exit charge number so the co-op could best determine their best power supply options looking forward. After Tri-State’s refusal to provide a number, LPEA filed their complaint at the PUC in November of 2019, which asked the commission to “determine a just, reasonable and non-discriminatory exit charge”. United Power also filed a similar complaint.

The key issues at stake in the case were:

The ALJ found that, as LPEA and United argued, the PUC does have jurisdiction over the case. The ALJ also found that:

2. Tri-State is not a good partner

In his decision, the ALJ wrote, “The evidence presented in this proceeding, and the reason this proceeding was filed, makes it clear that Tri-State is not overly concerned with addressing the concerns of its Members.”

This, of course, is something we already know: Tri-State is a partner who has demonstrated time and time and time again that they are uninterested in the needs and complaints of local cooperatives. Tri-State’s lack of concern for its members is the cherry on top of a sundae of grievances that range from high rates to lack of local control.

The ALJ’s recommended decision also declared that the exit charge methodology as adopted by United Power was to be used moving forward, as it was the one that resulted in exit charges most closely resembling those determined in Kit Carson and DMEA’s final settlement buyout fees.

This is huge news. Now, Tri-State’s exit methodology won’t be shrouded behind a secret black box. Instead of months (or years!) of frustration and stagnation, co-ops could instead use publicly available formulas to figure out about what their exit fees will be, and use that information to chart a course that makes the most sense for their membership. As LPEA’s CEO Jessica Matlock put it, “this gives us the chance to chart our own energy future for southwestern Colorado—the very reason we filed this case in the first place.”

The ALJ’s ruling is only a recommended decision. The full PUC still has to confirm the ALJ’s ruling, and until the PUC makes it official nothing is set in stone. The PUC is expected to make its official ruling by September.

There will also need to be a conference to determine exactly what LPEA might owe in a buyout, which would take into account issues specific to LPEA that couldn’t be wholly addressed by the blanket formula.

There’s a lot happening right now at LPEA, so stay informed and engaged, and make sure that your voice continues to be heard!

August Board Meeting: Wednesday August 19th via Zoom. Public comment is at 9am. Zoom details on LPEA’s website.