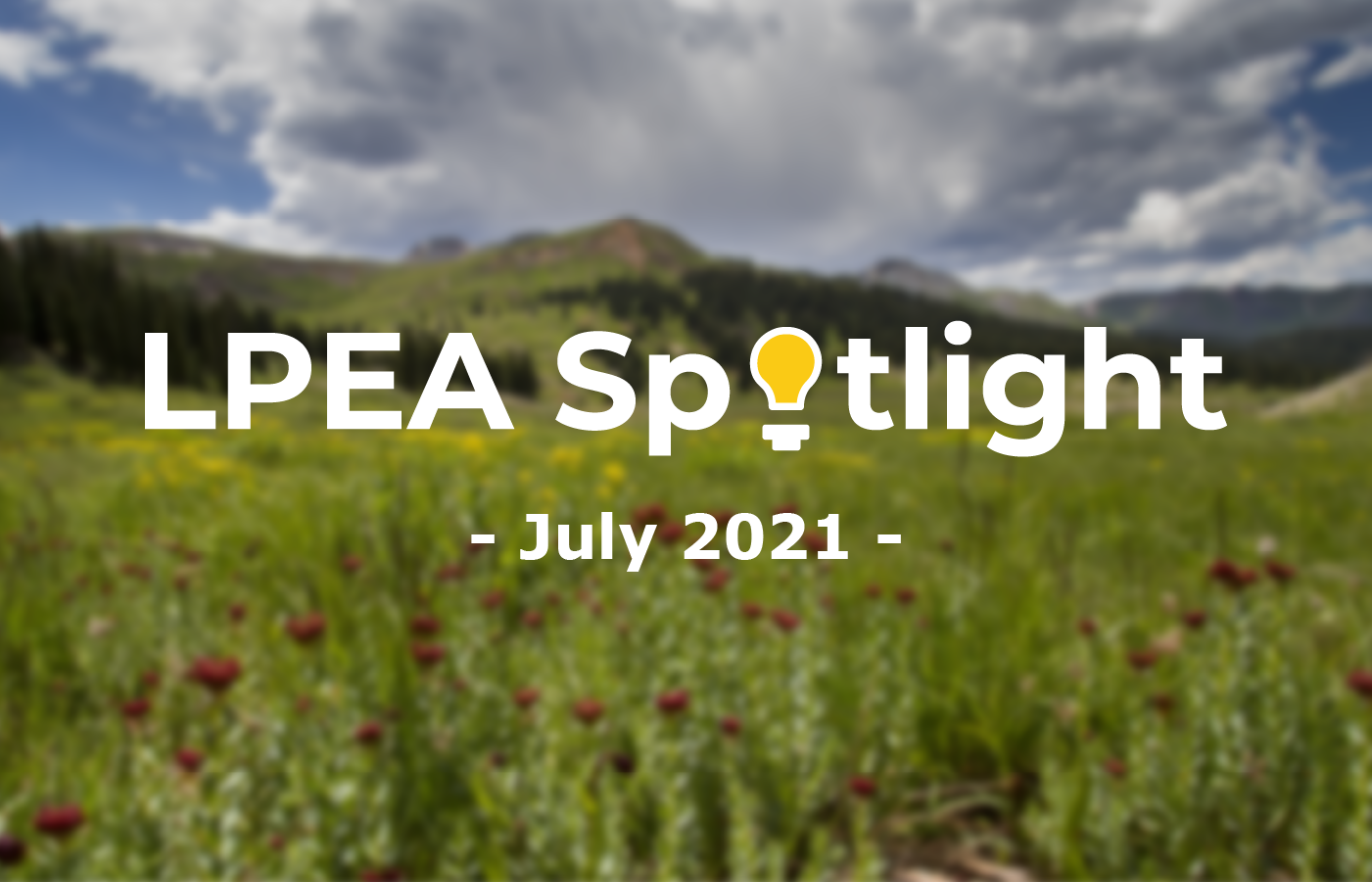 By Emelie FrojenJune 29, 2021No Comments

We’re thrilled that the LPEA elections resulted in a majority board supportive of local renewable energy. The results were:

This year there was a 24% voter turnout, which decreased from 26.8% in the 2018 election, the last time all four seats were contested.  Next year, we hope to increase voter turnout and continue our pattern of success in electing forward-thinking board members to LPEA.

In the summer of 2019, LPEA passed a resolution that requires LPEA to look into different contract options with Tri-State. Currently, Tri-State supplies LPEA with 95% of its electricity through 2050. However, through the 2019 resolutions LPEA is looking into three options related to this contract:

The main reasons the LPEA board passed the 2019 resolution is because the Tri-State contract binds LPEA to unreasonably high rates and lack of local control. Tri-States rates are 20% higher than average, switching energy providers could save LPEA  hundreds of millions of dollars between now and the current end of the 2050 contract. Additionally, local control over LPEA’s energy sources align with the co-op’s goal of autonomy and independence.

In the process of pursuing the options of partial and full exit from the Tri-State contract, LPEA ran into roadblocks from Tri-State regarding the specifics of exit costs. However, a recent decision from FERC will make it easier for LPEA to make a decision about its power supply.

Lack of transparency from Tri-State has historically left rural electric co-ops like LPEA in the dark about the cost to leave. That is about to change. Last month, FERC, the Federal Energy Regulatory Commission, unanimously determined that Tri-State’s tariff makes it unreasonably difficult for co-ops that are considering whether to exit Tri-State’s service to know the fee, and therefore unjust.

This issue arose out of a complaint filed by Tri-State members earlier this year, LPEA being one of the filing members. This preliminary ruling allows Tri-State 30 days to respond with a clear plan for exit fees, or file an appeal.

For over two years LPEA has been trying to nail down an exit fee from Tri-State, but Tri-State has employed numerous delaying strategies to avoid responding to LPEA. In this current dispute, Tri-State argued before FERC that first a member co-op had to announce its plan to leave, before finding out what leaving might actually cost. FERC rejected this argument in its evaluation of the ambiguous exit fees, and if FERC further rules that Tri-State’s exit-fee tariff is discriminatory, then FERC could establish its own rates for co-op to exit Tri-State.

This decision stemmed from a long history of disputes between Tri-State and its members over exit fees. In July of 2020, a Colorado Public Utility Commission (PUC) administrative law judge ruled the Tri-State’s exit formula and fee was unjust and discriminatory, however by that time Tri-State received approval to be regulated by FERC, which meant that the FERC had jurisdiction over this issue not the PUC. However, with its new ruling, FERC came to the same conclusion.

Two co-ops have left Tri-State in recent years. Kit Carson Electric Cooperative, from Taos, New Mexico, exited Tri-State in 2019 for $37 million, while Delta-Montrose Electric Association and Tri-State agreed to a $62.5 million exit fee. LPEA is Tri-State’s third largest coop, having 37,000 members and comprising 3% of Tri-State’s sales. Tri-State has yet to give LPEA an estimate.

FERC’s ruling holds promise that soon LPEA will receive a transparent and reasonably calculated exit fee from if not Tri-State then FERC.

LPEA’s next board meeting will be Wednesday, July 21st at 9am.