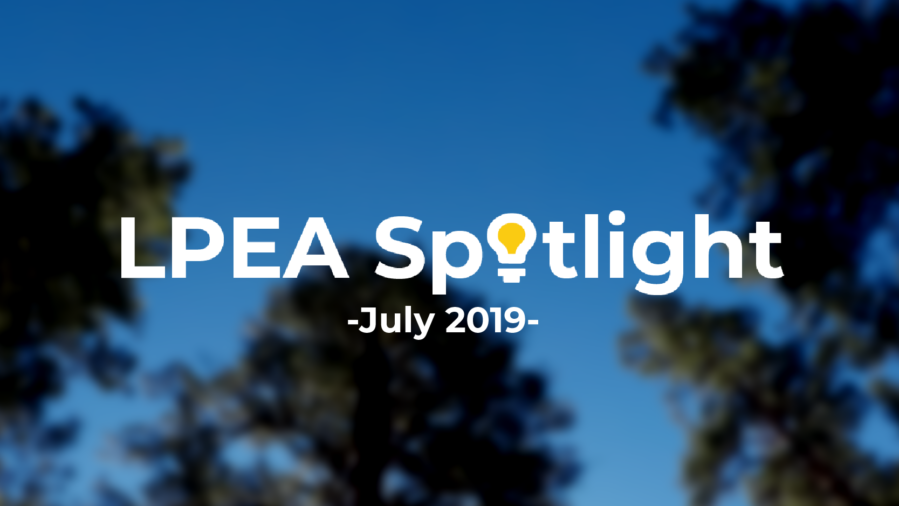 July was a busy month in the electric co-op world. Tri-State forged ahead and voted for federal regulation, ignoring concerns from members, the state legislature, and the Colorado Public Utilities Commission (PUC).

Delta Montrose Electric Association (DMEA) and Tri-State settled their dispute, but the PUC still has suspicions that Tri-State has not been engaging honestly with them. LPEA also requested their own buyout number from Tri-State as part of their ongoing efforts to research and find the best option for members.

It can be a lot to keep track of, but all these developments will have huge impacts on LPEA and members like us. Stay informed, ask questions, and make sure your voice is heard!

At their July Board meeting, Tri-State voted to become fully rate-regulated under the Federal Energy Regulatory Commission (FERC), ignoring concerns from member co-ops, the state legislature, and the Colorado Public Utilities Commission (PUC). The Tri-State Board is made up of Directors from all its member cooperatives. Only LPEA and two other co-ops (one off the record) voted no on FERC regulation. Tri-State will now add new members who are not small electric co-ops in order to qualify for federal regulation.

It’s important to note that Tri-State never formally responded to the letter sent by LPEA, United Power, and Delta Montrose Electric Association (DMEA) asking for details about FERC regulation. We still don’t know what FERC regulation will entail, who the new member will be, why Tri-State pursued federal oversight in the first place, or what it means for compliance with the new state legislation. All we know is that proceedings will be more expensive, take longer, and be located in DC, thousands of miles away from member co-ops.

In addition to all that uncertainty, Tri-State’s determination to pursue federal regulation highlights a disturbing disregard for their co-op “family” members’ input. Co-ops representing nearly a quarter of Tri-State’s total electricity sales raised serious concerns about federal regulation that Tri-State merely skimmed over before they pushed ahead towards a FERC vote anyways.

DMEA gets their number, but the PUC isn’t satisfied yet

The Colorado legislature and PUC are feeling similarly snubbed by Tri-State. Leaders of the Senate and the House sent a strongly worded letter to Tri-State asking them to delay the FERC vote and ominously declaring, “the General Assembly looks forward to making clarifications through legislative initiatives in the coming session focused on cooperative governance, accountability and transparency.”

The PUC is possibly even more miffed. One of the more immediate possible implications of federal regulation was that DMEA’s buyout case, which was currently being heard by the PUC, might have to be scrapped and restarted at the federal level.

After Tri-State voted in favor of federal regulation, DMEA asked the PUC to hold an emergency conference about their buyout case. The PUC obliged, and during the conference Commissioner Koncilja questioned whether Tri-State had been “candid with us” by seeking FERC regulation, and wondered if they had been forum shopping to undermine the PUC’s recently asserted authority.

DMEA also asked for its hearing schedule to be moved up so it wouldn’t have to restart its buyout case at the federal level under FERC, and the PUC again agreed. They scheduled a deliberations meeting for a week ahead, on Monday July 15th, to discuss rescheduling.

Then, three hours before that deliberations meeting, Tri-State and DMEA announced that they had settled the case.

Though details would be filed in writing by that Friday, both parties announced that they had agreed to suspend pending depositions, and DMEA withdrew its request to speed the hearings up. The PUC held the deliberations meeting anyways, and though Commissioners didn’t take any action they expressed concerns about the settlement.

These concerns were then brought back up for discussion at the PUC weekly meeting two days later on the 17th. Commissioner Koncilja argued that a private settlement, where the methodology of the buyout number is not released, would not be in the best interest of Coloradans, who might have used the DMEA case as a precedent.

For example, our very own LPEA requested an estimate of its buyout number early in July. With some Board members spurred by concerns over federal regulation and the onerous constraints it could have on contract buyouts for co-ops, LPEA has asked for an initial number while still under PUC jurisdiction. If DMEA and Tri-State’s settlement was made public, LPEA would have a good idea of what constituted a fair buyout number without potentially having to jump through years of legal hoops.

The PUC’s concerns about fairness and Tri-State’s sneaky path to federal regulation led to three orders at the July 17th meeting:

1. The Colorado Energy Office, which is the third party in the DMEA exit case, will submit a file indicating whether it believes the terms of the settlement are in the public interest

2. DMEA and Tri-State will file both public and confidential versions of their settlement

3. Tri-State will file a summary of all the actions it took to move towards FERC regulation

According to the settlement filed with the PUC, DMEA will be leaving the Tri-State “family” in May of 2020. Until then, their buyout number will probably be confidential, but a court document from early July reported that Tri-State’s original price had gone down 40%.

Tri-State attempts to patch things up

Tri-State unveiled a new Responsible Energy Plan in July that calls for a bold transition to cleaner energy. Unfortunately, it doesn’t appear to be either bold or much of a plan. The plan calls for the retirement of the Nucla generating station two years early and a partnership with the Center for the New Energy Economy (CNEE) to develop a stakeholder process, but fails to get more specific or set aggressive goals.

While the press release is rife with self-congratulatory rhetoric, if you look beyond the back patting there are a few notable issues in Tri-State’s new Responsible Energy Plan policy.

For one thing, there’s not much new in it. Most things in the announcement, such as the new 100 MW renewable projects and the possibility of new contract options, had already been announced. The press release seems to have just neatly repackaged Tri-State’s policies into something that seems exciting and groundbreaking.

More concerning is the absence of serious carbon emissions reduction goals. Xcel Energy has made commitments for 80% carbon reduction by 2030, and they have a goal to be carbon free by 2050. The Colorado state legislation passed this spring urges electric utilities to have similar goals. Tri-State’s silence on this front makes their renewable energy goals seem more like a public relations stunt than a steadfast commitment to emissions reductions.

After Tri-State eroded trust with their members, the Colorado PUC, and the legislature, the Responsible Energy Plan looks like a front to hastily regain credibility and respect.

While it’s great that Tri-State is beginning to look towards a more responsible energy future, we need to hold them accountable to higher standards. LPEA and other member cooperatives should demand more substance, including truly aggressive carbon reduction goals, increased local generation, and lower costs to members.

The first round of LPEA’s Future of Power Supply information series has concluded! If you weren’t able to attend, catch the videos of the presentations here.

Another round of these public information series will be held soon, so stay tuned if you want to learn more about LPEA’s power supply options.

LPEA’s new CEO, Jessica Matlock, started at the end of July, and her first board meeting will be August 21st. We’re excited about this new chapter for LPEA and look forward to working with her!

August Board Meeting: Wednesday August 21st at LPEA Headquarters. Public comment is at 9am.