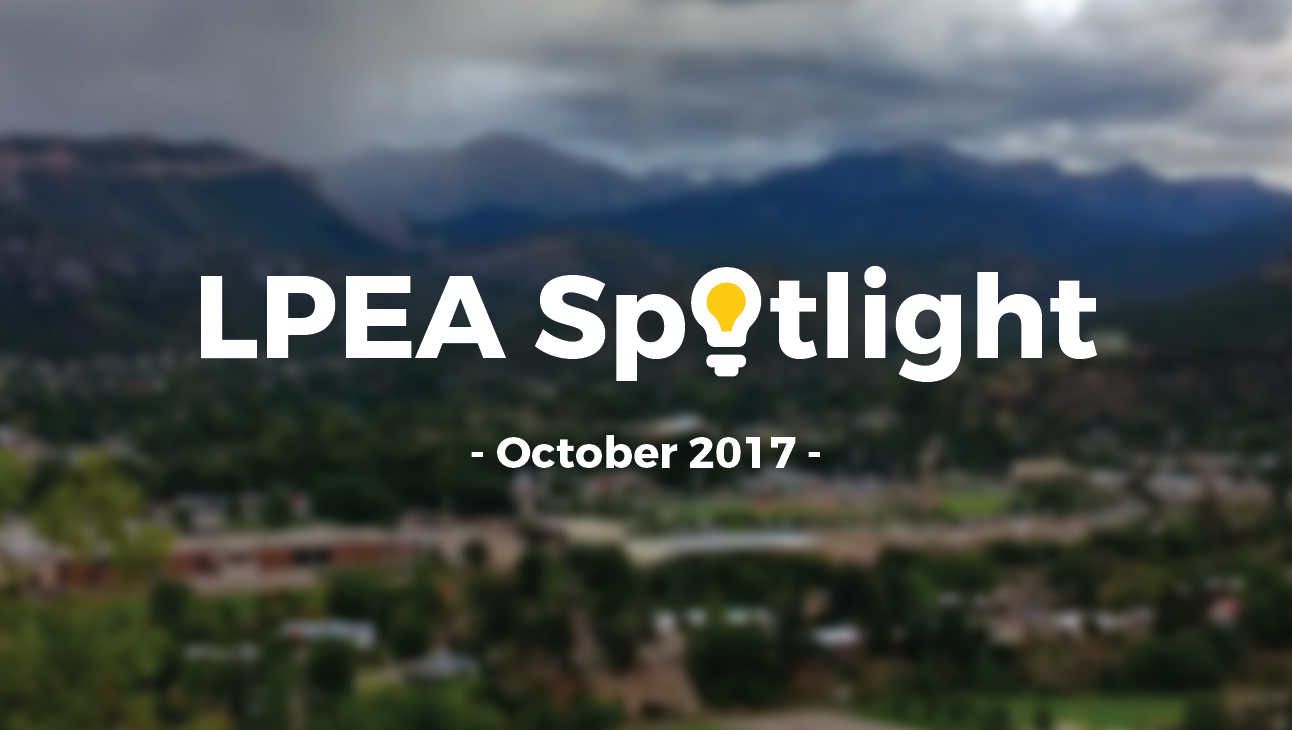 Last week, we took three big steps toward a local, renewable energy future. We unveiled the extent of grassroots support in Durango, gained the City of Durango as an enthusiastic ally, and finally felt a breeze of change in the La Plata Electric Association* (LPEA) CEO’s vision. These exciting developments show that local officials are finally acknowledging what we’ve been saying for months – local, renewable energy is now less expensive, as reliable, and cleaner than our current, coal-based energy mix.

1. Tuesday night, a diverse team presented 952 citizen and 111 business signatures to the Durango City Council asking the City “to commit to obtaining 100% renewable energy by 2050, with 80% of electricity produced locally by 2030.” Sign on here!

Local First Director Monique DiGiorgio expressed concern that “LPEA is sending approximately $70 million a year out of the local economy” to pay Tri-State Generation and Transmission** for our electricity. She explained how our neighbors in Taos, NM recently split from Tri-State to focus on local generation and jobs, resulting in wholesale rates already 20% lower than Tri-State’s.

Lissa Ray, a Sierra Club member who spent dozens of personal hours collecting the signatures, claimed “95% of the people [she] talked to supported these goals.” She listed some of the over 50 U.S. cities that have already made 100% commitments: Moab and Park City, UT, and Aspen, Boulder, and Denver, CO. Pueblo, CO adopted a 100% renewables goal as a solution to the economic stresses of high priced coal power. Significantly, the conservative city of Georgetown, TX, has already achieved 100% renewable energy, specifically because of their “love of green – green rectangles.” As Ray argued, “these examples are an indication that this is not a lofty goal, but a realistic one.” This is no longer just about ethics and climate change – it’s about economics and social justice.

In recognition of the role LPEA must play in achieving the goals of the request to the City, Digiorgio finished, “We are asking that the City Council present this overwhelming business and community support to LPEA and ask the question ‘How can we work together to achieve this goal?’”

2. The next day, at their yearly luncheon, the City of Durango presented the signatures to the LPEA Board of Directors. Mayor Dick White said, “I would love to sign off on it…the way forward to get from here to there is the challenge,” and asked LPEA how they could collaborate.

“Clearly we’re partners in this,” the Mayor asserted. Other City Councilors chimed in with concerns about barriers to solar installment at the new water treatment plant and the need for renewable electric backup when LPEA’s electricity goes offline. They focused on the City’s great existing relationship with LPEA staff, the urgency of meeting the renewable energy requests of their citizens, and their desire to work with LPEA to do so.

3. Following the luncheon, LPEA CEO Mike Dreyspring presented his long-term vision to the Board of the Directors. His message was clear – solar is the future and LPEA must figure out how to capitalize on the opportunities it provides.

Dreyspring presented compelling research from DNV GL and said: “The biggest existential threat we face is rate increases. We need to figure out how to integrate the decreasing costs of solar.” He acknowledged that battery technology is still in development, but excitedly listed alternative storage options, including water and gravity mechanisms.

CEO VISION SUMMARY
A. LPEA must move to increase cost effective and diversified distributed generation, such as wind and solar power
B. LPEA must assess their contract with Tri-State, through multiple consultants, to determine the viability of supply alternatives

Dreyspring didn’t directly suggest LPEA split from their Tri-State contract. Instead, he suggested hiring multiple consultants to determine the current value of LPEA’s contract with Tri-State. Then, he explained, we can look at the validity of alternatives (such as a buyout).

Despite its conservative nature, the CEO’s presentation represented a major shift in the LPEA staff’s attitude toward a renewable energy future. Unfortunately, the staff don’t call the shots, and some of the Board of Directors are lagging behind the times. Director Davin Montoya, for instance, said after the vision presentation that “the experts are always wrong… energy isn’t going to go the way of solar because it’s such a hassle,” showing a stark divergence from the stance of many co-op members and LPEA staff.

The age of solar is within sight and the powers-at-be are finally turning to face down the road with us. A 100% local, renewable energy future in the next couple of decades is now not only possible, but also economically beneficial. We can grow our local economy, lower rates, and combat climate change at the same time. It’s a win-win-win.

The road to a renewable energy future is still long, and we must remain vigilant and engaged. But right now, take a moment. Because of you we just took three big steps down the road, with the right people at our sides. Let’s take a collective breath, pat each other on the back, and then get back to work.

* La Plata Electric Association (LPEA) is a member-owned rural electric cooperative that provides power to La Plata County, Archuleta County, and parts of Hinsdale and Mineral counties in Southwest Colorado. LPEA buys all of its power from Tri-State (see below).