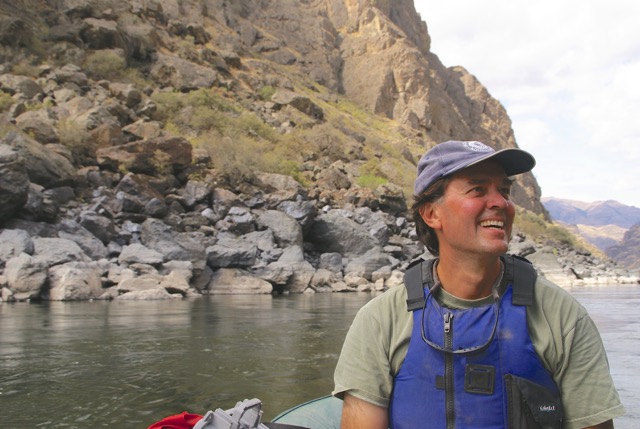 Just in time for my first week on the job, returning to the role of Executive Director at SJCA, I was greeted by a new presidential administration’s assault on Canyons of the Ancients National Monument (CANM). Déjà vu all over again, as Yogi Berra might have said. I had also newly taken the reins at SJCA back in 2000, when the incoming Bush/Cheney White House similarly had national monuments in their sights.

I first explored the region now encompassed by CANM in college, doing wilderness field inventories of prospective BLM wilderness areas in Cross Canyon and Cahone Canyon. I’d been introduced to wilderness advocacy through the University of Colorado Wilderness Study Group, and spent a summer documenting wilderness values across southwest Colorado, including the Dolores River Canyon. That launched a life-long love of the nether reaches of the Colorado Plateau in far western Colorado. After many years exploring these places, I eventually teamed up with landscape photographer John Fielder on a guidebook extolling their wilderness values to build a conservation constituency for these largely overlooked landscapes.

I ended up in Durango permanently in 1993, and quickly found my way to SJCA as a volunteer tracking public lands activities, monitoring timber sale proposals and oil and gas lease applications. Most importantly, a volunteer crew of us crafted our citizens vision for protecting the wild, undeveloped backcountry of the San Juan Mountains. That plan for the Wild San Juans would eventually garner tangible results with the wilderness designation of Hermosa Creek.

When Interior Secretary Bruce Babbitt rolled into southwest Colorado in 2000 contemplating prospective national monument designations, I was appointed to a citizens advisory committee as the token conservationist to provide feedback to Babbitt. After a short-lived effort by Senator Ben Nighthorse Campbell to craft a legislative solution, Babbitt persuaded President Clinton to designate Canyons of the Ancients as a national monument. We spent the next decade in a roller coaster alternating fighting off new oil and gas exploration proposals in the Monument during the Bush-Cheney administration, and advocating for a strongly protective management plan. We ended up generally successful on both fronts, with the Monument landscape secured from expanded drilling and wisely managed for recreation that doesn’t overwhelm the area’s vast cultural resources.

What draws me to the role of citizen advocacy for our landscapes in the San Juan Basin and the Four Corners is just what we experienced with CANM. The opportunity to not only hike, camp, and explore incredible and unparalleled landscapes, but also to see lasting protection of these special places so my daughter, eventually her children and everyone else can similarly experience the magic I’ve relished so thoroughly around this region. Whether enjoying the trails of Hermosa, the majesty of the San Juan’s East Fork valley, or the thrill of the Dolores River’s rapids, these places all retain their wild allure because of devoted citizen advocates.

While I’d hope for lasting permanence, it will take each and every generation to step up on behalf of these sacred places. We beat back Dick Cheney’s energy task force and he never made any headway into Canyons of the Ancients. Now our challenge is to similarly mobilize against Donald Trump and Ryan Zinke to ensure they don’t steal our public land heritage. I invite you to join with SJCA to see through this next iteration of landscape protection.