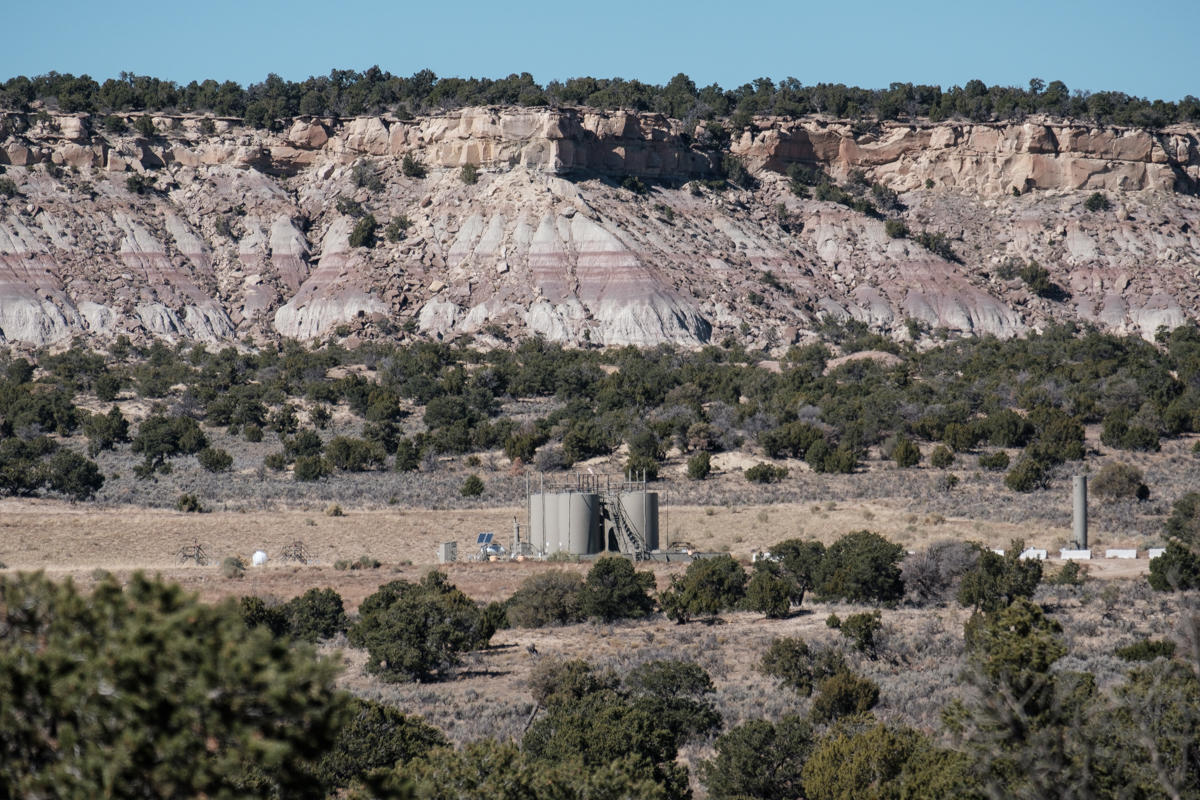 The BLM is going further and further out of its way to avoid public input, but we’re not going to let them get away with it. When they released the protests for the March 2018 lease sale, we noticed that none of our supporter’s comments were included. This was surprising considering we hand-delivered them (they will not accept emails) in order to ensure they were counted. We called and called and called until we finally got a response.

The missing comments nearly quadrupled the number of protests, which are all now posted online. We’ll continue to ensure your voices are heard as well as fight this incessant desire to drill the remaining 9% of northwest NM around Greater Chaco.

When the original 120 comments were reported as “unprecedented” earlier this month, 339 hand-delivered protest comments against the Bureau of Land Management’s (BLM) planned March 2018 oil and gas lease sale in Greater Chaco were missing.

The New Mexico BLM does not accept email protests for lease sales. Therefore, citizens ensured their protests were hand delivered on January 4th. When the BLM posted protests last week, many were missing. After half a dozen calls to multiple BLM officials, those comments have finally been posted online, nearly quadrupling the unprecedented number to 459 protests. About three quarters of the comments were from the region.

BLM officials cited “confusion about the legitimacy of the protests” because they lacked a cover letter, were unclear if they were comments or protests, and were delivered to the Farmington Field Office instead of the State Office. But there is no requirement for a cover letter since the protests were from individual citizens, the letters were clearly written in protest to the lease sale, and the BLM Farmington Field Office manages the specific lands up for lease.

In northwest New Mexico, 91% of BLM’s public lands have already been leased to oil and gas development. Much of the remaining 9% is in Greater Chaco, an area lacking proper air, land, water, cultural resource, and public health protections under the existing BLM Farmington Field Office’s 2003 Resource Management Plan (RMP).

The BLM has admitted this oversight and is currently updating their RMP with an amendment, but in the meantime over 400 wells have been drilled. The BLM plans to auction off another 4,434 acres of Greater Chaco in the March 2018 lease sale.

A lawsuit currently stands asserting that drilling without a plan is illegal. The Navajo Nation, the New Mexico House of Representatives, 15 Navajo Nation Chapters and over 300,000 public citizens have requested a moratorium on drilling until the RMP amendment is complete. Protestors turned out in droves to counter the BLM’s January 2017 lease sale and were ignored. Now, the BLM is pushing forward the March 2018 lease sale.

“Last January, we were told emailed protests didn’t count. So this year we collected and hand delivered them on behalf of our supporters because most couldn’t fax or hand deliver their protests themselves,” said Emily Bowie, San Juan Citizens Alliance, “Yet we still have to call a dozen times, to multiple BLM offices, before protests are counted. It feels like the BLM doesn’t want to listen to the public and may even be going out of their way to ignore us.”

“The health effects of fracking are well-documented, and my protest comments included references to peer-reviewed literature exposing these health effects,” said Dr. Lauri Costello, whose protest was missing in the original online list, “They were hand-delivered, but still they were not posted. This is an egregious violation of the public process for public lands.”

“Ya’at’eeh, I hope that our BLM Mother Earth Protectors, in carrying out their civic and public responsibility of adequately conducting the regulation-mandated public comment and consultation, are fully reading and getting an understanding of submitted public comments that clearly are ‘opposing’ the BLM’s March 2018 land lease sale near our Sacred Chaco Canyon,” said Terry Sloan, Director of Southwest Native Cultures, who’s protest was also missing.