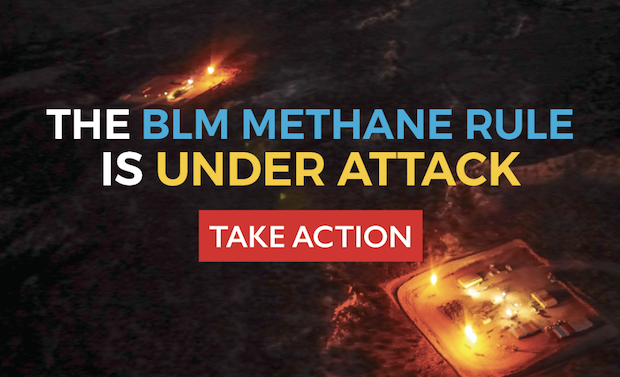 BLM Methane Rule is Under Attack

This administration is committed to rolling back environmental and public health protections for the benefit of corporate profits.

And they have perseverence. First they tried to erase the Bureau of Land Management’s (BLM) methane waste rule entirely using the Congressional Review Act. Then they attempted to delay the EPA methane rule. (Notably, they even acknowledged that such a delay would disproportionately harm children’s health.)

Now, predictably, they want to delay implementation of the BLM methane waste rule while they create a weaker version to replace it. This rule was created after years of research and robust public involvment. It contains common sense protections for taxpayers, our health and the climate. There is simply no reason to halt or revisit it.

They are asking for public comment. And we’re going to give it to them! Let’s demand they serve the public interest, not special interests.