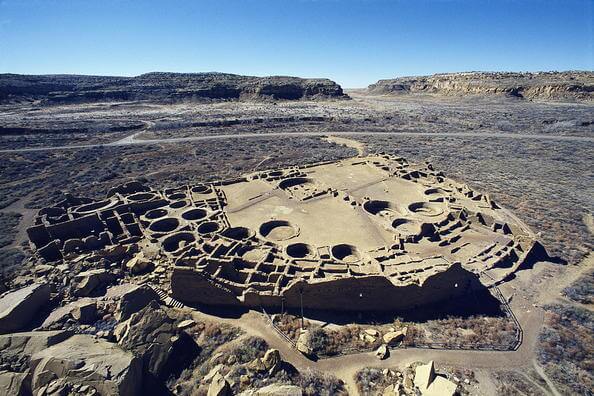 Yesterday, Chaco got a moment to breathe.

BLM’s Farmington Field Office announced it would not auction parcels in Greater Chaco for fracking leases as planned in October.

This is the third time the sale of these three parcels has been postponed. This time, it was not a traditional deferment, but instead the result of a dysfunctional field office unable to complete its NEPA and tribal reviews in time for the auction.

The San Juan Citizens Alliance joined a broad coalition of local and regional organizations in submitting comments opposing the lease sale in March. The comments focused in part on the agency’s outdated management plan for the region, which the BLM itself describes as inadequate and is in the process of updating. The plan, written in 2003, does not account for the impact of new horizontal drilling and multi-stage fracking technologies that allow new development in sensitive areas that, until recently, was not technically or economically feasible.

BLM’s postponement of these leases, for the third time, illustrates the need for the agency to complete the management plan amendment before continuing to lease any additional public lands for fracking.

“The BLM never completed their resources management plan that looks at the development strategy they are implementing in that area,” said San Juan Citizens Alliance Energy and Climate Program Director Mike Eisenfeld. “They have been faltering on all of those components. I think it’s the right decision to delay. The last thing we need is more oil-and-gas development to mar what is one of the most important cultural areas in our country.”

“While postponement of these leases is welcome news, it is a far cry from what is needed,” says San Juan Citizens Alliance Executive Director Dan Olson, “Given the BLM’s acknowledgment that a Resource Management Plan Amendment is needed to guide development of the Mancos Shale and Gallup formations, we continue to seek a complete halt to any oil and gas development in those formations, especially development that threatens the greater Chacoan landscape, a recognized UNESCO World Heritage Site.”