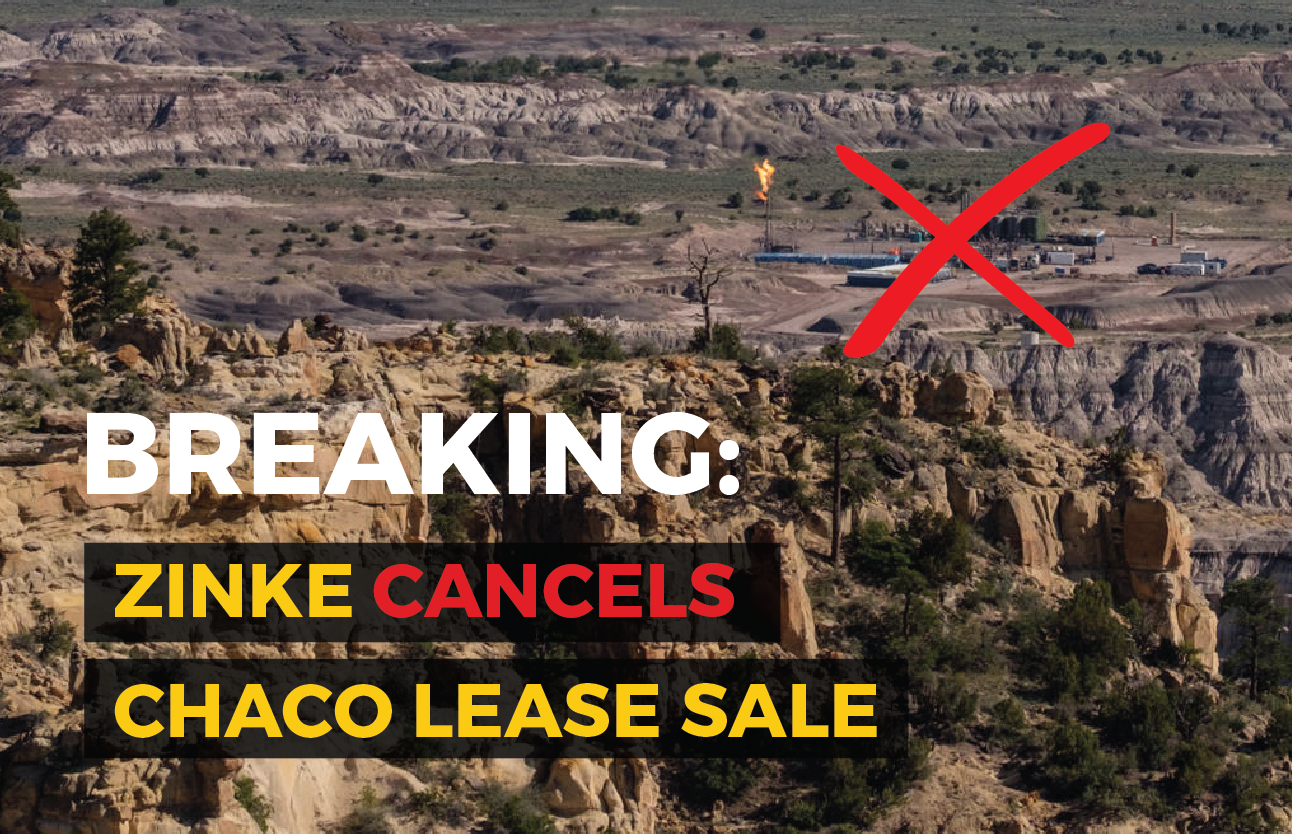 By Emily BowieMarch 2, 2018No Comments

This is because of you. You and thousands of others who spoke up and said drilling without a plan in place for proper protections is unacceptable.

The Bureau of Land Management (BLM) Farmington Field Office hasn’t updated their Resource Management Plan (RMP) since 2003. As a result, there are no safeguards in place for Greater Chaco’s environment, cultural resources, and people. The BLM is currently writing an amendment reflect this oversight, but in the meantime, they’ve approved over 450 wells in the area.

Impacted citizens, numerous local tribal leaders, the All Pueblo Council of Govenors, and the Navajo Nation president himself have spoken out in defense of the region. Hundreds of thousands have requested a moratorium on oil and gas leasing and drilling until a plan for protections is in place.

“We’re going to defer those leases until we do some cultural consultation,” Zinke told the Albuquerque Journal.

We’re ecstatic that Zinke is calling for improved cultural consultation with local tribes and citizens. It is a courtesy, respect, and frankly legal requirement, that is long overdue. We hope this consultation consists of answering and acting on, and not just listening to, their requests.

The fight for Greater Chaco is far from over. We also ask that Secretary Zinke ensures proper consultation and public input during the amendment of the RMP as well. The draft is expected this spring and we will analyze it to ensure community voices are reflected.

Greater Chaco has been sacrificed for too long.

NOTE: Three rallies were planned for next week. Two are still occurring to reassert the need for proper planning and consultation in the RMP amendment process.