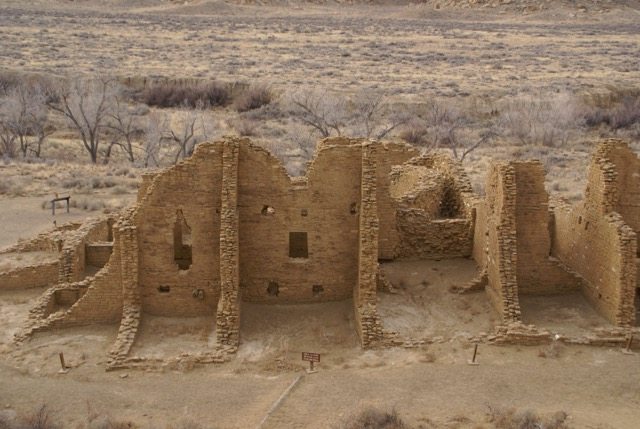 The Bureau of Land Management (BLM) Farmington Field Office has agreed that their 2003 Resource Management Plan (RMP) does not sufficiently plan for fracking around Chaco Canyon. Yet, while they amend their RMP to reflect this awareness, they are still approving leases in Greater Chaco.

We won’t stand for drilling without a plan for environmental and public health safety. We filed a lawsuit against the BLM for it. As part of this lawsuit we filed an injunction, asking for a halt to drilling until the case is resolved. That injunction was denied, and our appeal of this decision was just also denied.

But the lawsuit isn’t over, and we won’t stop fighting for environmental and social justice in Greater Chaco.

SANTA FE – Hopes for a respite from a fracking boom plaguing Navajo and public lands in New Mexico’s Greater Chaco area were thwarted Thursday when the Tenth Circuit Court of Appeals upheld a federal judge’s decision to deny a temporary halt to drilling until a full decision on the merits can be reached. Despite the lack of environmental review or a comprehensive plan for fracking in the area, the Bureau of Land Management will be allowed to continue to grant hundreds or even thousands of new permits to drill and frack the area. The larger court case concerning the unstudied fracking in Greater Chaco will continue at the District Court level.

BLM has never studied the impacts of modern fracking on local communities, the area’s unparalleled cultural history, or to air, water, or the climate. To address this shortcoming, a coalition of Navajo and environmental groups requested a preliminary injunction to put a stop to the drilling, which they contend violates the National Environmental Policy Act. While that request was denied, Navajo and environmental organizations will engage in BLM’s ongoing planning process, continue challenging oil and gas development in the Greater Chaco area, and will increase oversight of individual oil and gas projects proposed by BLM. The Tenth Circuit’s decision also points to serious flaws in the legal framework governing public lands oil and gas development, suggesting a need for a comprehensive review of the program to ensure it protects public lands and communities.

The Greater Chaco area is home to Navajo and other communities living amid extensive new oil and gas development that threatens their way of life, including a recent well explosion causing the emergency evacuation of area residents. The area is also home to one of the country’s most important archeological sites, Chaco Culture National Historical Park. Extensive ancestral Puebloan ruins throughout the landscape make this the ancient cultural heart of the American Southwest.

“The court agreed with BLM’s ‘magic numbers’ argument that the total number of wells drilled haven’t exceeded what was generally predicted in the 2003 RMP—despite the fact that the impacts of modern fracking has never been studied,” said Kyle Tisdel, attorney with the Western Environmental Law Center. “The reality is, new fracking technology has lead to landscape level impacts that were never analyzed, to say nothing of the daily harm local residents are forced to endure, including well explosions and the largest methane hot spot in the nation which continue to plague Greater Chaco.”

“In spite of the setback, we’re certainly not going to be letting up in pressing the Interior Department to exercise restraint in this region,” said Jeremy Nichols with WildEarth Guardians. “Especially with their announcement last week acknowledging the need to address the concerns of Navajo community members and Chapters in the face of this unprecedented oil and gas development, there is every reason for Interior to call a time out on new leasing and fracking approvals. They may have won this court ruling, but if they’re interested in winning integrity and public trust, and demonstrating genuine care and consideration over the impacts of fracking to tribal interests, clean air, and climate in the region, they need to step up.”

“The court’s decision gives great deference to the BLM in portraying that public lands are being adequately managed,” said Mike Eisenfeld, Energy and Climate Program Manager of San Juan Citizens Alliance. “BLM is creating conflict by recklessly approving hundreds of new oil projects with cursory, boilerplate oversight. We will ramp up our effort to address this injustice.”

“The Chaco region contains one of America’s archeological gems,” said Anne Hawke with the Natural Resources Defense Council. “More than 90 percent of the BLM lands there are already leased for oil and gas development. To allow more leasing or drilling would threaten its air quality, drinking water sources, priceless cultural sites, and vulnerable communities. Instead, we need to vigorously protect what is left.”

A copy of the October 27, 2016 Tenth Circuit opinion is available here.

A copy of the May 11, 2015 preliminary injunction is available here.