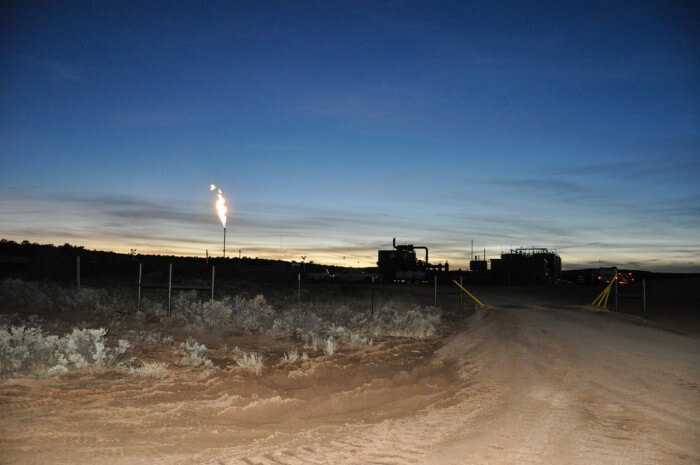 EPA today released first-ever standards to control methane pollution from the oil and gas industry, the largest man-made source of these emissions. The rule is a key component in meeting President Obama’s goals for reducing U.S. greenhouse gas emissions 40-45 percent from 2012 levels by 2025. Methane warms the climate over 80 times more than carbon dioxide over a 20-year period. And methane emissions reductions stand to benefit more than just the climate — this move will improve public health, generate royalties and reduce waste.

“It’s good to see the federal government finally recognize methane as a dangerous climate pollutant,” said Erik Schlenker-Goodrich, executive director of the Western Environmental Law Center. “By reducing methane pollution from oil and gas development, this rule will help clean up our western skies, safeguard our climate, protect our communities, and plug the leakage, each year, of over 171 million dollars of wasted natural gas in Colorado and New Mexico.”

Low-cost solutions to curb leaks are readily available. Studies reveal they would cost a penny on average per thousand cubic feet of gas, or 0.3 percent of today’s natural gas price.

“We’re glad to see reasonable measures to stop the oil and gas industry from continuing to foul the air in the San Juan Basin due to their leaking facilities,” said Mike Eisenfeld, New Mexico energy coordinator for the San Juan Citizens Alliance. “The rule is going to help us tackle the sources that have caused the national disgrace of New Mexico’s 2,500-square-mile methane ‘hot spot.’”

“We welcome EPA’s help in protecting the health of the people surrounded by more and more oil and gas development,” said Lori Goodman, director of Diné Citizens Against Ruining Our Environment. “Our communities are being hurt, and it’s time to put an end to this industry’s reckless, out-of-control practices.”