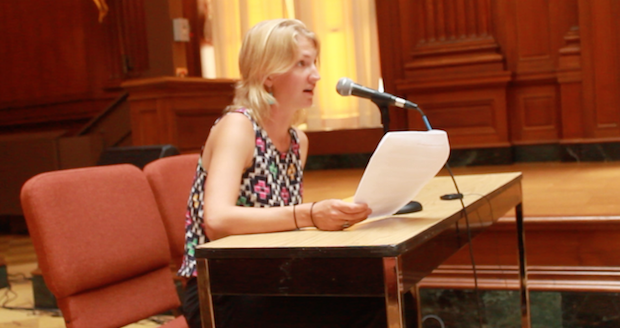 EPA Methane Rule is Under Attack

Yesterday, alongside our members and tribal partners, we took to D.C. to stand up for clean air.

Since entering office, the Trump Administration has attacked both Environmental Protection Agency (EPA) and Bureau of Land Management (BLM) methane regulations. We saved the BLM’s rule from complete rollback in May, but in June both rules were put on hold.

The EPA’s two-year suspension ensures their oil and gas methane pollution protections do not go into effect while the agency revisits and rewrites them. Every year these rules remain dormant greenhouse gases are released, royalty money is lost, and air quality is diminished.

This week we flew to D.C. to defend our community and this special place we call home. We live under the highest concentration of methane pollution in the entire country and the EPA’s rule is critical to curtailing it. They need to hear from those of us who live here.

“The EPA acknowledged that ‘this action may have a disproportionate impact on children.’ You’re talking about our children, those in my community, in my neighborhood… This common sense rule was designed out of years of research and negotiations. It was drafted in response to the impacts communities like mine are experiencing. EPA’s mission is to first and foremost protect human health and the environment. The idea that the EPA would turn a blind eye to the truth and willing put people in my community at risk on the whims and desires of industry is unacceptable.”

EPA is taking written comments in addition to those spoken today.

Will you speak out with us?