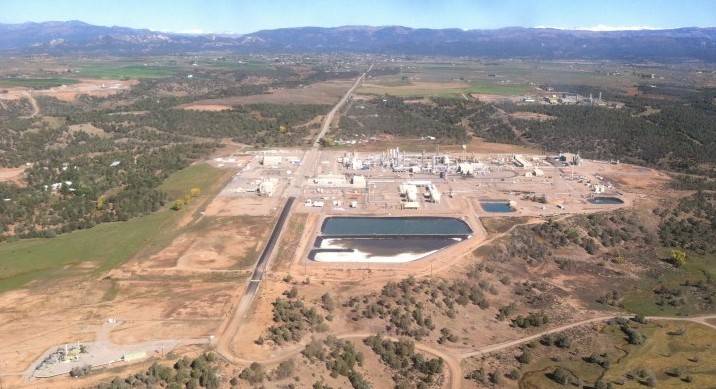 A big win for public health and communities’ right-to-know!

Astonishingly, the oil and gas extraction industry has never been required to report emissions to the Toxic Release Inventory (TRI), a federally-managed public database detailing how, what and where toxic chemicals are being released by industrial and government facilities. The program is a essential to empowering the public, regulators, and industry to make informed decisions, but only if polluters are held accountable to report.

Back in 2012, the Alliance signed a petition asking the EPA to require public reporting of chemical releases from fracking and other oil and gas operations. We again urged them to act in 2014, signing onto a letter that included compelling data showing nearly 400 facilities in six states meeting the emissions threshold that would require them to report in other industries.

Just this week the EPA agreed natural gas processing plants should be required to report, but that compressor stations, pipelines, and other smaller facilities with less than 10 employees should not. The new rule will impact up to 43 facilities in Colorado and 27 in New Mexico.

Washington, D.C. – In response to a petition and lawsuit by environmental and open government organizations, the U.S. Environmental Protection Agency will propose regulations requiring natural gas processing plants to start reporting the toxic chemicals they release.

According to the U.S. Department of Energy, more than 551 plants processed more than 19 trillion cubic feet of natural gas in 2014, a record high and 32 percent increase over the last 10 years.  EPA estimates that more than half of these plants would meet the size thresholds for reporting benzene (a carcinogen) as well as formaldehyde, hexane, and other toxic air and water pollution to the federal Toxics Release Inventory (TRI). The TRI is an online public database to which most other industries have had to report for more than 20 years.

EPA revealed its decision in a letter sent via email yesterday to the Environmental Integrity Project and nine partner organizations that sued the agency in January 2015 over its decades-long failure to require the oil and gas extraction industry its pollution to the federal government and public. The lawsuit followed an October 2012 petition in which EIP and seventeen co-petitioner organizations requested that EPA add the industry to the TRI.

“The oil and gas industry releases an enormous amount of toxic pollutants every year, second only to power plants in emissions,” said Adam Kron, attorney for the Environmental Integrity Project.  “With this decision, EPA is taking an important step in the right direction.  Public reporting to the Toxics Release Inventory allows communities to measure environmental impacts and plan for their future. It also  motivates companies to reduce their toxic footprint, and provides insight into how well our environmental laws are working.”

The Environmental Integrity Project had filed the lawsuit in the U.S. District Court for the District of Columbia on behalf of the Natural Resources Defense Council, the Center for Effective Government, the Chesapeake Climate Action Network, Citizens for Pennsylvania’s Future (PennFuture), the Clean Air Council, Delaware Riverkeeper Network, Earthworks, the Responsible Drilling Alliance, and Texas Campaign for the Environment. In April, EPA committed that it would provide a formal response to the petition by October 30, 2015.

“Communities near drilling deserve to know which toxic chemicals the oil and gas industry releases,” said Aaron Mintzes, policy advocate for Earthworks. “EPA’s decision today will help hold this industry accountable. While we prefer EPA require reporting industry-wide, this step will provide the public a better understanding of the toxic contaminates in their communities.”

Under EPA’s forthcoming proposal, gas processing plants would have to start reporting their emissions of toxic chemicals including xylenes (which can cause breathing problems, headaches, and fatigue), formaldehyde (which is a carcinogen and damages the respiratory system) and benzene (which can cause cancer).

EPA Administrator Gina McCarthy wrote in her response to the environmental organizations: “The addition of natural gas processing facilities to TRI would meaningfully increase the information available to the public and further the purposes of (the TRI law) EPCRA § 313.” She added: “EPA estimates that natural gas processing facilities in the U.S. manufacture, process, or otherwise use more than 25 different TRl-listed chemicals.”

Not included in EPA’s decision are well sites, compressor stations, pipelines, and other smaller facilities that employ fewer than 10 people.

Congress established the Toxic Release Inventory in 1986 to inform the public about the release of sometimes carcinogenic chemicals (such as benzene) from industries in the wake of the deadly 1984 Bhopal disaster in India, in which toxic gases killed thousands of local residents.

“The TRI is a critical tool for providing pollution information to the public,” said John Noël, National Oil & Gas Campaigns Coordinator for Clean Water Action. “Communities have a right to know about oil and gas related impacts on water, air and land.”

“EPA’s decision to propose adding natural gas processing plants to the list of industries covered by Toxics Release Inventory reporting will add significantly to the public’s understanding of the toxic chemicals released by these facilities into the environment,” said George Jugovic, Jr., chief counsel at PennFuture. “It is important that the public continue to demand complete transparency about the nature and level of toxic chemicals released by the shale gas industry, from beginning to end.”

For a listing of the locations of natural gas processing facilities across the U.S. visit EIA’s website.

MORE QUOTES FROM ORGANIZATIONS THAT PETITIONED OR SUED EPA FOR THE EXPANDED REPORTING:

Dan Olson, Executive Director of San Juan Citizens Alliance said: “It is astonishing that oil and gas facilities have not had to join other pollution-intensive industries in publicly reporting emissions through the Toxic Release Inventory. This rule is essential in providing the public and regulators the information they need to protect the health of their families and communities.”

Michael Helfrich, the Lower Susquehanna Riverkeeper, said: “We are proud to be standing with so many strong advocates whose work has resulted in better oversight of one of the fastest growing pollution sectors in the Susquehanna Watershed. The federal government must take stronger steps to protect our families.”

Anne Havemann, general counsel for the Chesapeake Climate Action Network, said. “Finally, the EPA will start the process of holding the oil and gas industry accountable to the same standards of transparency as other highly polluting industries. But the EPA must go further. Recent studies indicate that fracking operations upwind are already polluting the air of Baltimore and Washington, D.C. Gas companies are proposing a slew of new pipelines, compressor stations, and export facilities in the Mid-Atlantic region. Our communities have a right to know the full picture of pollution risks we face.”

Joseph Otis Minott, Executive Director and Chief Counsel of Clean Air Council, said: “EPA’s decision will help protect the health and welfare of communities throughout Pennsylvania. Knowing the toxics emissions coming from natural gas processing plants will allow a better informed constituency to be more effective in protecting itself.”

Barbara Jarmoska, treasurer of the Responsible Drilling Alliance, said:   “Increased and regular    reporting by facilities in the oil and gas industry is of paramount importance.  While EPA’s proposal for processing plants is progress, those of us living atop the Marcellus Shale where unconventional drilling pads and  compressor stations abound are disappointed by EPA’s decision not to include those facilities.”

Katherine McFate, President of Center for Effective Government, said:  “Although we would prefer broader oversight of the gas and petroleum industry, this is ruling is a major advance in the fight to improve health and safety and environmental standards.  For the first time in 20 years, the EPA his agreed to start a rulemaking that would require natural gas processing plants to publicly report their toxic emissions to the federal government’s Toxic Release Inventory.”